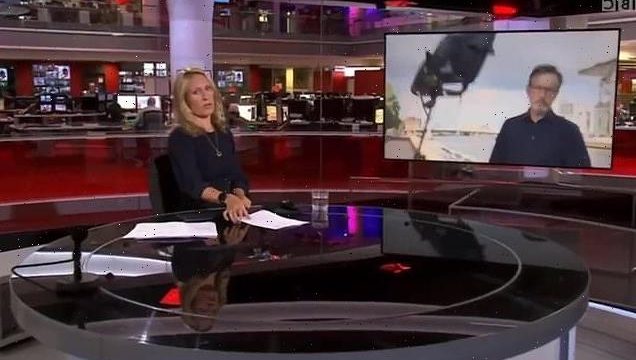 Great catch! BBC reporter grabs falling light while being introduced live on the news – then carries on as if nothing happened

A BBC reporter smoothly caught a falling lighting rig which plummeted towards him moments before he was due to host a segment on live television.

Footage captured journalist James Shaw grabbing the collapsed lamp and pushing it back into position as BBC host Sophie Raworth introduced him in the studio.

A member of the crew sprung into shot to assist him seconds before BBC News cut to Mr Shaw in Glasgow to discuss the loosening of Covid restrictions in Scotland. 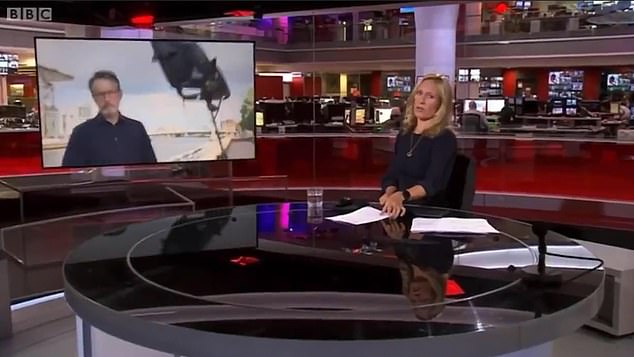 The quick-thinking journalist didn’t miss a beat as cameras cut to him, responding to Ms Raworth’s comments about Covid restrictions.

She said: ‘Scotland is certainly taking a more cautious approach to easing restrictions than England.’

Following the blunder, Mr Shaw posted on Twitter: ‘Thanks to Audrey & Norman for catching my (coughs) “moment”’.

Mr Shaw has worked as a Scotland correspondent for BBC News since January 2017.

He previously climbed Ben Nevis, the the highest mountain in the UK, in the dark for a live broadcast, and documented his experience online. 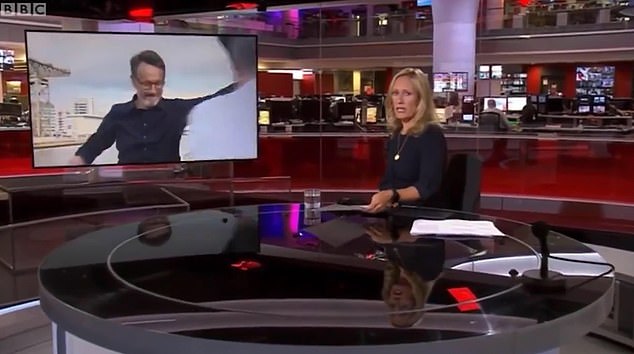 The quick-thinking journalist doesn’t miss a beat as cameras cut to him, responding to Ms Raworth who said: ‘Scotland is certainly taking a more cautious approach to easing restrictions than England’

The short clip was shared on Twitter today, with dozens of Britons praising Mr Shaw for his ‘very professional recovery’

The short clip of his blunder was shared on Twitter last night, with dozens of Britons praising the reporter for his ‘very professional recovery.’

Another joked that Mr Shaw ‘should have been a goalie’, while others simply said: ‘That’s a brilliant catch James!’

A third commented: ‘Professionalism. Good catch and then straight into it.’