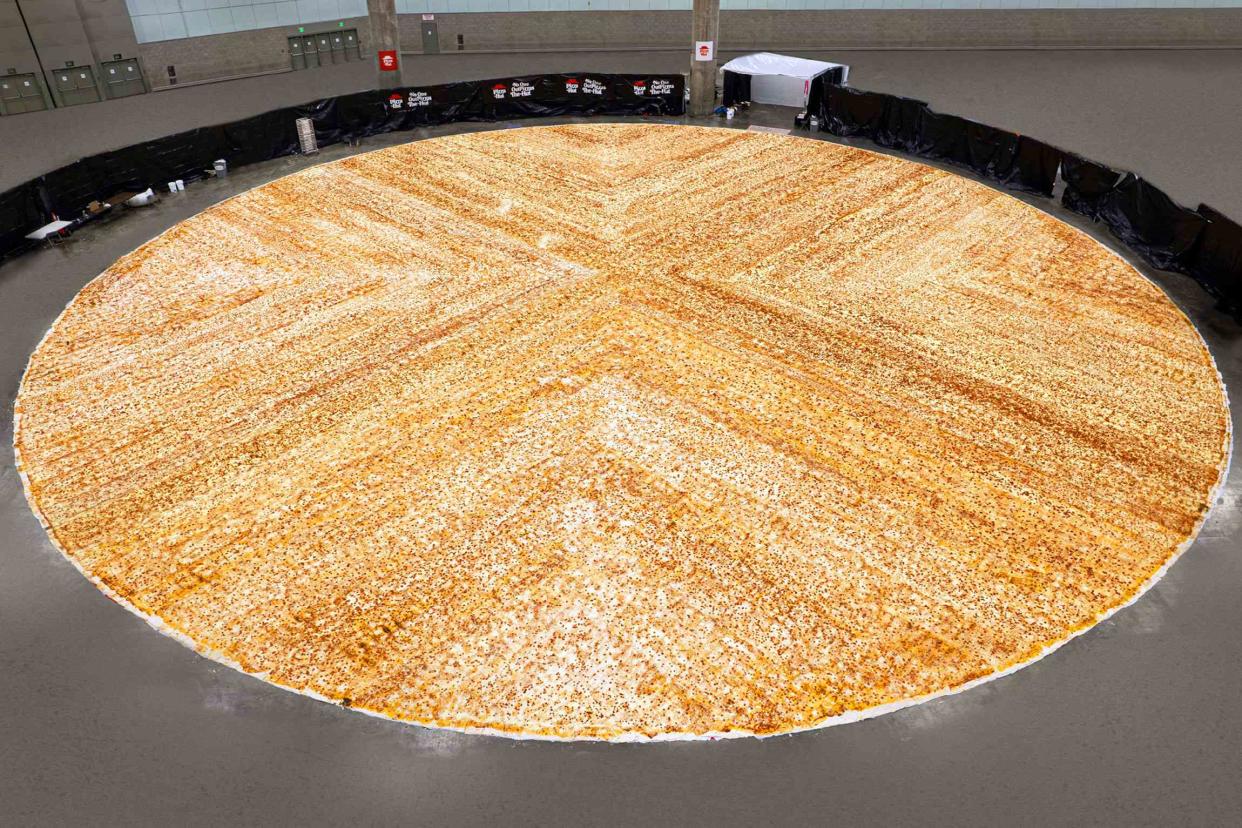 There’s big pizza, and then there’s pizza so big you can’t see where it ends if you squat down to take it all in at eye level. The latter was achieved last week at the Los Angeles Convention Center when a collaboration between Pizza Hut and Youtuber Eric Decker (popularly known as Airrack) resulted in a pie for the Guinness Book of World Records.

The convention center was chosen simply because it could house the monstrous pie, which measured in at 13,990 square feet. Despite its size, it was constructed like any other pizza: laying out the dough, adding a layer of tomato sauce, and finishing the pie off with toppings (roughly 630,496 pounds of pepperoni, in this case), according to CNN Travel. The amount of ingredients is really hard to wrap your head around: It took 13,653 pounds of dough, 4,948 pounds of sauce, and more than 8,800 pounds of cheese (!).

As you can imagine, it couldn’t be cooked all at once, so it was baked in pieces. And once ready to eat, it didn’t go to waste: all 68,000 slides were donated to local food banks.

The speed at which this pizza took the crown is also notable, as it was completed on a Wednesday and had already been recognized as the new record holder by Friday of the same week. A few notes about the pizza that was de-throned: Cooked in 2012, it measured 13,580 square feet. The Italian chefs in charge of the bake even gave it a name: Ottavia (you can read more about that here). Plus, it was gluten-free.

While the feat itself is newsworthy, Pizza Hut took on the task to promote a new offering: the chain restaurant’s “big New Yorker” pizza. What makes a pizza fit for a New Yorker, you may ask? Well, the slices are designed to be foldable so they can be eaten on the go — a true testament to the NYC lifestyle.