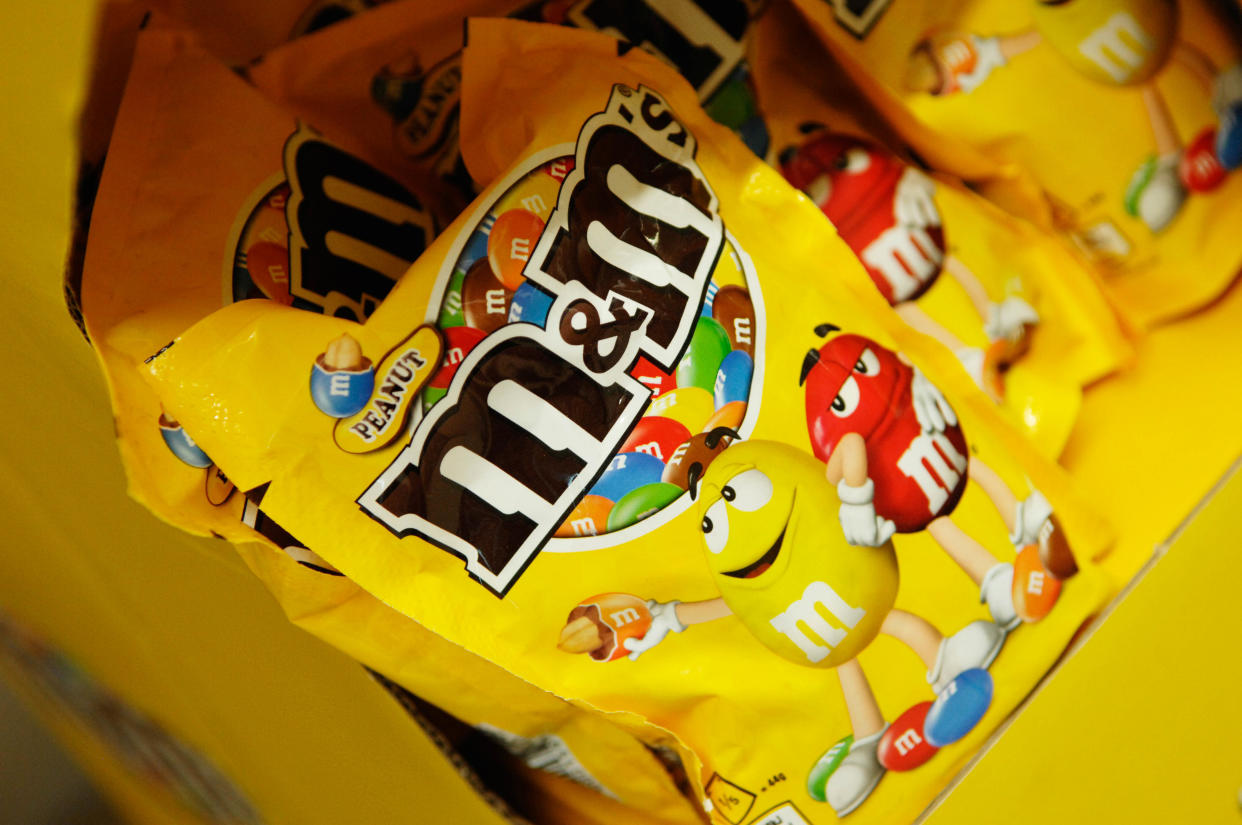 Looks like America's ongoing candy wars may have claimed more victims. In a surprise move, M&M's announced on Twitter Monday that its multi-colored cast of candy spokespeople will be headed into indefinite retirement effective immediately. Their replacement? Saturday Night Live favorite Maya Rudolph.

A message from M&M'S. pic.twitter.com/EMucEBTd9o

"We have decided to take an indefinite pause from the spokescandies," M&M's Twitter statement reads. "In their place, we are proud to introduce a spokesperson America can agree on: the beloved Maya Rudolph. We are confident Ms. Rudolph will champion the power of fun to create a world where everyone feels they belong." Rudolph quickly confirmed the news with Today, calling her new gig a "fun pairing."

"I am a lifelong lover of the candy and I feel like it’s such an honor to be asked to be part of such a legendary brand’s campaign," the actress added. "I think little Maya would be thrilled to get to work with M&M's."

An M&M's spokesperson confirmed the switch to Yahoo Entertainment, adding that the spokescandies will continue to exist in other venues. "Maya will serve as the brand's new spokesperson, allowing the colorful cast of M&M's spokescandies to step away and embrace a new path to pursue other passions. While we can’t say much more now, fans should keep an eye on M&M's social media channels and MMS.com to see more of Maya's journey, and we will share more on the spokescandies new pursuits over the next few weeks."

The move to sideline M&M's popular spokescandies comes a mere four months after the brand introduced an all-new purple cast member — the first new addition in over a decade — as part of a larger effort to create a "fresh, modern take" on the classic commercial characters that started with the O.G. odd couple duo of Red (Plain) and Yellow (Peanut).

But that introduction also came with a certain amount of controversy. In January, Purple joined the other female spokescandies, Brown and Green, on an all-female M&M's package that was designed to "celebrate women everywhere who are flipping the status quo." (Mars announced that a portion of sales would be donated to nonprofit organizations like She is the Music and We Are Moving the Needle.)

Conservative critics on outlets like Fox News immediately took issue with the campaign, suggesting that M&M's had gone "woke." Meanwhile, Fox News' Tucker Carlson took issue with the more empowered depiction of the female spokescandies, complaining that Purple appeared "plus-sized" and suggesting that the Green character was coded as a lesbian. While Carlson's objections inspired some trolling on social media, his argument improbably took root in conservative media circles and may have influenced Mars's decision to relegate the M&M's spokescandies to the sidelines.

On Twitter, M&M fans are certainly suggesting that the brand has bowed to Carlson and his candy-related rants.

It’s funny how much bullying we expect queer kids to put up with, but M&Ms can’t handle Tucker Carlson. https://t.co/pJ1k3SwZw6

tucker carlson has ruined m&ms for everyone 😔 https://t.co/9hsScjBBjP

Logging on to the world today to find that kids aren’t allowed to read books in Florida, some dudebro saying you should evaluate your choices if you don’t have a Lamborghini in your 20s, and M&Ms can’t have identities because it made Tucker Carlson mad.

Everyone OK out there?

Wow….you just gave @TuckerCarlson and the rest of the outraged @FoxNews dopes “power over candies.”

i didn’t think there was such a thing….but I guess there is. pic.twitter.com/eZ453bZjE2

At the same time, others are noting that the timing of this announcement is conveniently close to the Super Bowl, when brands are looking to capitalize on the exposure that ad-friendly event brings. Certainly, the idea of using the Super Bowl to replace a longtime animated mascot has been tried in the past — most famously during the famous Mr. Peanut/Baby Peanut debacle of 2020.

I'm calling the Maya Rudolph/M&M thing a 'work'.
Next step: Maya REINSTATES the spokes-candies during a super-bowl commercial, complete with the green M&M making a huge appearance, thus blowing everyone's mind!! M&M's for the win

So this statement from M&M's and their 'Spokescanndies' is definitely a set up for a Super Bowl commercial with Maya Rudolph right?

Kinda shocked at a lot of people taking the M&M’s announcement at face value. Like…this is clearly a set up for some Super Bowl commercial stunt. Everyone needs to go touch some grass.

M&M's gearing up to release the worst super bowl ad of all time https://t.co/NuTjCLLE8s

What an amazing and creative way to let us know Maya Rudolph is gonna be in an M&Ms Super Bowl commercial! I for one think M&M’s made a brilliant decision to pay nearly $6 million for each air, plus the large salary for the marketing genius who came up with this incredible idea https://t.co/TJZHCHbIdv