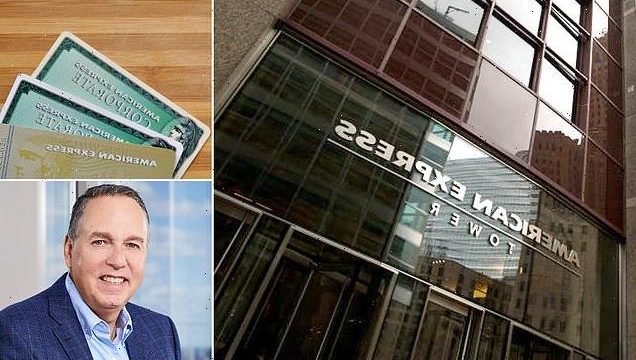 Five former and current American Express employees have claimed that the company is engaging in ‘reverse discrimination’ by singling out black people for promotion at the expense of other staff.

The staff told FOX News that company policy appeared to change after the killing of George Floyd by a Minneapolis police officer last May.

The five who spoke out did not work in human resources, or provide any official documentation to support their allegations.

They claimed at first that CEO Stephen Squeri made politically-charged statements about the current events, and employees later had to undergo training sessions focused on ‘microaggressions’ and ‘unconscious bias’.

The staff said they then started to see racial minorities promoted at a higher rate than white people.

‘I wanted to move up really bad,’ said one former employee, who is white.

‘I did everything I was supposed to do in terms of trainings and extra work. I was on committees, going out of my way to be helpful, being a leader on team calls and national calls,’ said the employee, who was not named. But ‘I saw the writing on the wall: There’s no way I can get promoted because of the color of my skin.’

He claimed it was reverse discrimination.

The company, though, has denied engaging in any type of discrimination. 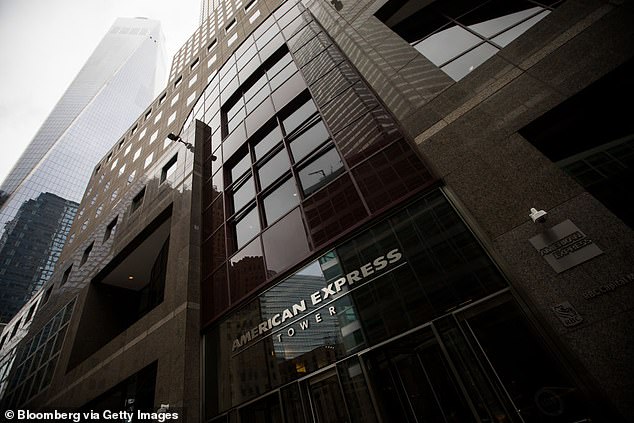 The former and current employees said they had to undergo critical race theory trainings following Floyd’s death. The company’s headquarters in New York City are pictured 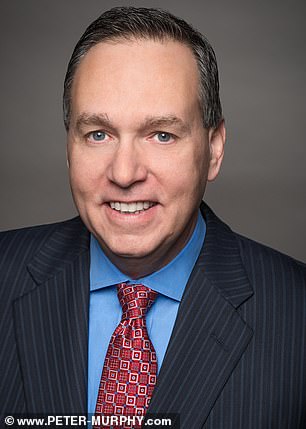 In a statement to FOX, a spokesman said: ‘American Express has a longstanding commitment to living our company values, which include fostering a diverse and inclusive culture where all colleagues feel welcome and heard and have equal opportunities to thrive regardless of their gender, race, ethnicity, age, religion, sexual orientation and nationality.

‘Our diversity, equity and inclusion programs are singularly about upholding this commitment, and are not based on any specific theory, nor are they targeted to a specific group of employees.

‘We have a high-achieving culture, and we are proud of our dedicated and highly engaged colleagues.

‘Advancement within our company is based solely on individual business and leadership performance,’ the spokesperson added. ‘Any characterization of our company and culture to the contrary is just plain wrong.’

DailyMail.com has reached out to the company for further information.

Before the death of George Floyd in May 2020, the former employee said executives would give each of the employees advice on how to improve their performance to be promoted, but following Floyd’s death, ‘no longer did that matter, because all that matters now is the color of the candidate’s skin.’

He said he would receive emails showing who was promoted within the company and ‘nine times out of 10, it was a black person.’

‘You’re told: “If you work hard enough and you do the right things, you can move up in this company,”‘ he said. ‘That’s no longer the case at American Express. They’re only promoting black people.’

‘This is reverse discrimination against white people,’ he claimed. 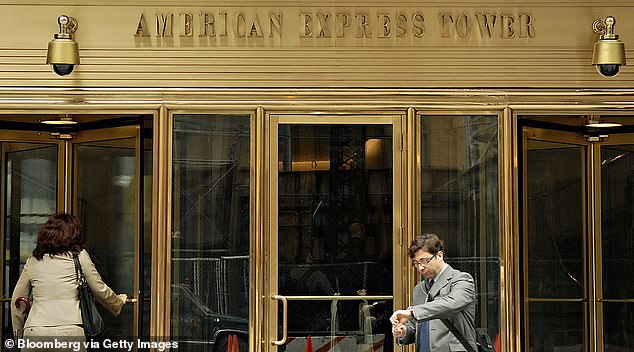 Another employee, who is of mixed-race, agreed, saying: ‘I do think that minorities are treated preferentially at American Express,’ and noting how the company ‘would not allow a director to make any hiring decisions unless there were enough black people in the candidate pool.’

He described one instance in which his supervisor told him: ‘It would be advantageous and important for me to note that I am a minority when I apply for internal promotions.’

And a current employee, who is also of mixed race, said the company singles out black people for promotion ‘first and foremost.’

‘I would even go as far as saying that the probability of a white male getting a senior leadership position is very rare,’ he said.

The employee said he has worked for the company for many years and ‘values American Express as a company.

He said the company now caters primarily black people and only ‘spends a fraction of time on any other group,’ a practice that makes employees who are not black ‘feel small or unwelcome.

‘When there’s a diversity and inclusion push and it only includes one race, that’s very diminishing for other races out there,’ he said.

Neither of the mixed-race employees are part-black. 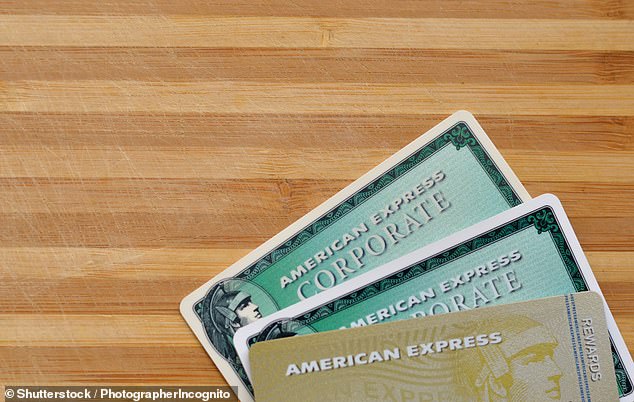 A fourth former employee said he got the impression he would never be considered for promotion because he is white.

‘Do I have evidence that states that I would not get promoted? No. But the feeling, the atmosphere, the culture makes you feel that way,’ he said, noting that in the hiring process ‘managers were told they could not hire people because they did not have a diverse enough candidate pool.’

He said he thought the move to discuss race after the death of George Floyd.

‘I think they were headed down the right path, but then I think it just went off the rails quickly,’ he said, claiming the constant messaging and critical race theory trainings created a negative atmosphere.

‘Everyday it was something,’ he said, adding: ‘It’s OK to address racial diversity two or three times – we need to be equal. But they brought it up every day.

‘You could tell it was one-sided from the top, and they were telling us that’s the way we should be thinking.’

And another former employee said the ‘vast majority’ of people he had seen hired and promoted ‘have been black,’ recalling a staff meeting in which Squeri went over the statistics of the company by race.

He recalled thinking: ‘We don’t really have that much of a diversity issue.’

But Squeri saw it differently and said: ‘We have to do better.’

The employee argued that companies should not work to hit a racial benchmark – such as a certain percentage of employees who have to be black.

‘At that point in time, you’re not hiring the best fir for the position, you’re hiring based on the skin color.’

He noted that he regrets leaving the company, but felt he had no other choice.

‘I love American Express, I really do,’ he said. ‘It’s a great brand, but they’re going to destroy the brand.

‘They have no business in the social justice “woke” arena,’ he continued. ‘They’re there to make money. That’s the only reason they’re in business. 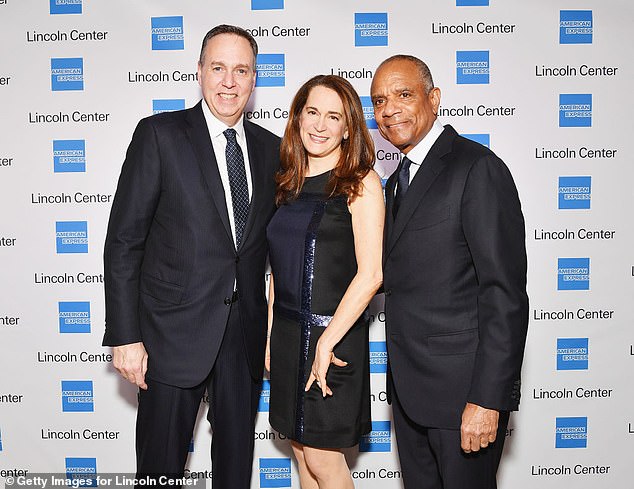 Squeri, left, has previously come under fire for having his employees undergo critical race theory trainings. He is seen here in February 2018 with Debora L. Spar and Kenneth I. Chenault at the Winter Gala at Lincoln Center

Critical race theory (CRT) exploded to prominence in the spring as it started to appear in classrooms from kindergarten to Grade 12, leading to several bans including in Florida and Texas, however it has been taught in higher education for decades.

It is an offshoot of the Marxist ideology Critical Theory, of Herbert Marcuse and Erich Fromm, which argued that there are power structures which ‘enslave’ the minds of the oppressed in society.

CRT teaches that racism is not the result of nature or biology but that it is a social construct, an idea invented to exploit and control minorities.

It argues racism is a structural problem in the United States, particularly towards black people, embedded in its institutions, legal system and even the Constitution.

The theory has sparked a fierce nationwide debate in the wake of the Black Lives Matter protests around the country over the last year and the introduction of the 1619 Project.

The 1619 Project, which was published by the New York Times in 2019 to mark 400 years since the first enslaved Africans arrived on American shores, reframes American history by ‘placing the consequences of slavery and the contributions of black Americans at the center of the US narrative’.

The debate surrounding critical race theory regards concerns that some children are being indoctrinated into thinking that white people are inherently racist or sexist.

Those against critical race theory have argued it reduces people to the categories of ‘privileged’ or ‘oppressed’ based on their skin color.

Supporters, however, say the theory is vital to eliminating racism because it examines the ways in which race influence American politics, culture and the law.

The credit card company has previously been criticized for its training around critical race theory – which advocates that racism is a structural problem in the United States, particularly towards black people, embedded in its institutions, legal system and even the Constitution.

Critics of CRT claim it separates people into two categories, the ‘oppressed’ or the ‘oppressors’ based on their skin color and therefore sows division.

In American Expresses training, FOX News previously reported, employees were encouraged to rank their level of privilege and white employees were urged to avoid certain phrases and defer to black coworkers on certain issues.

The company also reportedly brought in a speaker who condemned capitalism as racist and said AmEx employees should cut corners to help black customers succeed.

The news drew the ire of the American Conservative Union, which wrote to its CEO last month that the organization ‘will be hostile to your public policy goals in every federal and state legislative body through our scoring of every lawmaker in American’ unless Squeri denounces ‘racist CRT ideologies,’ reverses course on election issues and gives ‘pro-American voices’ equal times in its employee trainings.

‘When you do CRT training, you are playing a role in ripping America apart,’ ACU Chairman Matt Schlapp told FOX News. He said the trainings ‘make white straight Christian male employees apologize for being white, straight male and Christian.

‘You’re not allowed to discriminate based on someone’s skin color, including white people,’ he said, citing federal laws.

But he said ‘too many corporate offices’ are doing so.

The organization ironically thanked the company in its letter for ‘giving us one of the best examples of hypocrisy we have ever witnessed among woke capitalists.

‘We understand that you are under immense pressure to cave to the woke dogma of a racial, socialist bloc of political operatives,’ the letter read.

‘But your instinct for personal survival has led you to legitimize a movement that seeks to destroy the American values that make AmEx’s success possible.’

‘Marxism is dangerous and America’s business leaders have a responsibility to denounce it.’

Schlapp said that instead of engaging in a ‘woke agenda’ business leaders should ‘go back to running their companies, go back to hiring smart people, go back to being profitable and let the American people figure out where they want to be on these issues.’