Brian Austin Green is part of the new ‘DWTS’ cast, joining girlfriend Sharna Burgess in season 30. Brian revealed the show is a ‘unique opportunity’ for him to get to know his love better.

Brian Austin Green will be dancing his way into the ballroom when Dancing With the Stars returns for season 30. The Beverly Hills, 90210 alum is a very interesting addition since his girlfriend, Sharna Burgess, is one of the show’s pro dancers. Brian revealed to HollywoodLife and other media that Sharna has been so supportive ever since he decided to do the show.

“Sharna has been extremely kind and helpful and she’s been a huge cheerleader for me,” Brian admitted. “She’s really given me a lot of pointers and helped me understand just the work that is in store for me and what I’m going to have to commit to in doing this well. But she’s super supportive, she’s super loving and kind through all of it. She’s taken the scary unknown factor out of it a bit. I’m still nervous about the first show of course because it’s live, and I haven’t had an opportunity to do much live, work before, but I know once I get that out of my system and that’s done, then I’ll know what my biggest fears are and what I have to worry about and then that’s over. There won’t be any more surprises.” 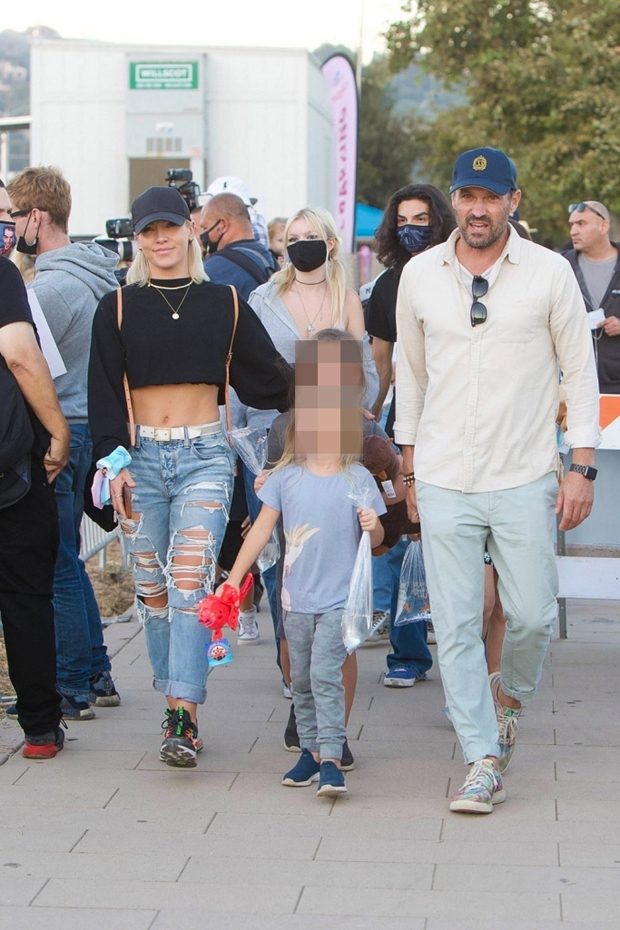 Despite Sharna being one of the show’s most beloved pro dancers, she actually didn’t push him to do the show at all! “Sharna didn’t help convince me,” Brian revealed. “We actually talked about Dancing With the Stars when we first met, and then when we first started dating we used to laugh about the fact that it would probably just never happen. It just wasn’t on our radar at all, either one of us.”

The couple began discussing Brian doing the show when the offer came in, and that’s when it dawned on them that this could be something great for their relationship. “We realized together that this is a really unique opportunity. I really look at this as a really cool way of understanding who she is professionally and something that she’s been passionate about and done her entire life,” Brian gushed. “It’s really a cool way of getting to know her. It’s an amazing opportunity for that and I realized like, this is season 30 for the show. I don’t know how much longer the show will be on. I don’t know how much, how many more opportunities I will have for something like this. It was the perfect storm. Everything just matched up.”

Brian and Sharna went public with their romance in January 2021 after months of dating in private. Since then, they haven’t been shy about their love for one another. Sharna has also met Brian’s kids, including the 3 he shares with ex Megan Fox.