A24’s smart slasher/horror X grossed over $4.4M on 2,865 screens to take fourth place at the weekend box office, topping expectations for writer/director Ti West’s return after a six-year absence from film. His first ever wide release, a cross between the Texas Chainsaw Massacre and Boogie Nights, is currently Certified Fresh at 96% and has a prequel nearly done and a sequel on the horizon.

Some 73% of moviegoers were between 18-35, reflecting a return to theaters of younger demos that A24 caters to well with edgy and horror fare including recent Red Rocket, Lamb and Zola as well as The Witch, The Lighthouse, Uncut Gems and Ari Aster’s Hereditary, Midsommar, and with films like The Green Knight that play well across both big chain and arthouse cinemas.

There’s likely a third film, an X sequel, on the way too rounding out what would be A24’s first bona fide franchise (if you exclude The Souvenir and The Souvenir: Part II).

The pic follows a group of young filmmakers in 1979 setting out to make a porno film in rural Texas. When their reclusive, elderly hosts catch them in the act, the cast find themselves fighting for their lives. Stars Jenna Ortega, Martin Henderson, Mia Goth, Scott Mescudi (rapper Kid Cudi) and Brittany Snow. X just premiered at South by Southwest (see Deadline review), that’s where A24 and West revealed they’re already working post production on a prequel that was shot at the same secret location in New Zealand where the first film was made. The prequel is also written and directed by West, with Goth reprising her X role.

Meanwhile, Focus Features’ The Outfit grossed $1.51 million on 1,324 screens. That’s a $1,140 PSA for the film written/directed by Graham Moore (The Imitation Game screenwriter) and starring Mark Rylance. It’s Rotten Tomatoes Certified Fresh with 91% critics and a 94% Audience Score. Exit polls show 74% in the top two boxes (‘excellent’ and ‘very good’) with a 55% definite recommend. It ranks 8th at the weekend box office. 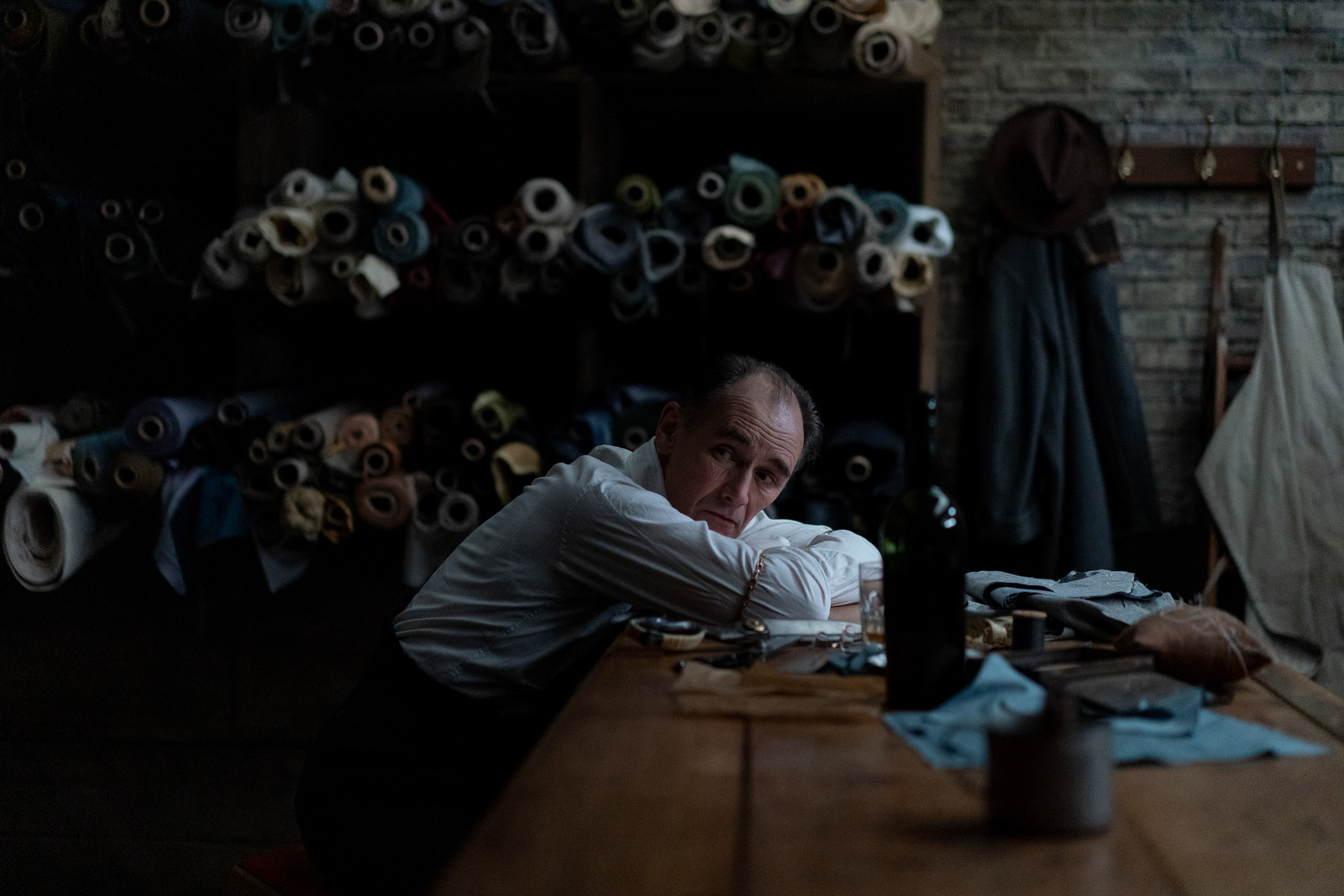 A 40% bump from Friday to Saturday bodes well for word of mouth.

This is a market where older demos dear to arthouses have been the slowest to return. But, at the same time, they have not had anything like a steady flow of quality content to lure them back. Demos for The Outfit were 59% over age 35 and 41% under. It skewed 56%/44% male/female.

“Graham has sewn up a strong debut opening with these numbers across the country, buoyed by its word of mouth … [which] points to a healthy, long life to the film and we’re thrilled it’s delivering adult moviegoers back into theaters,” said Focus president of distribution Lisa Bunnell. Deadline review.

The weekend also showcased anime in a class of its own with Crunchyroll’s prequel Jujutsu Kaisen 0 opening to $17.7 million on 2,286 screens for a PSA of $7,742, and taking the second spot after The Batman. 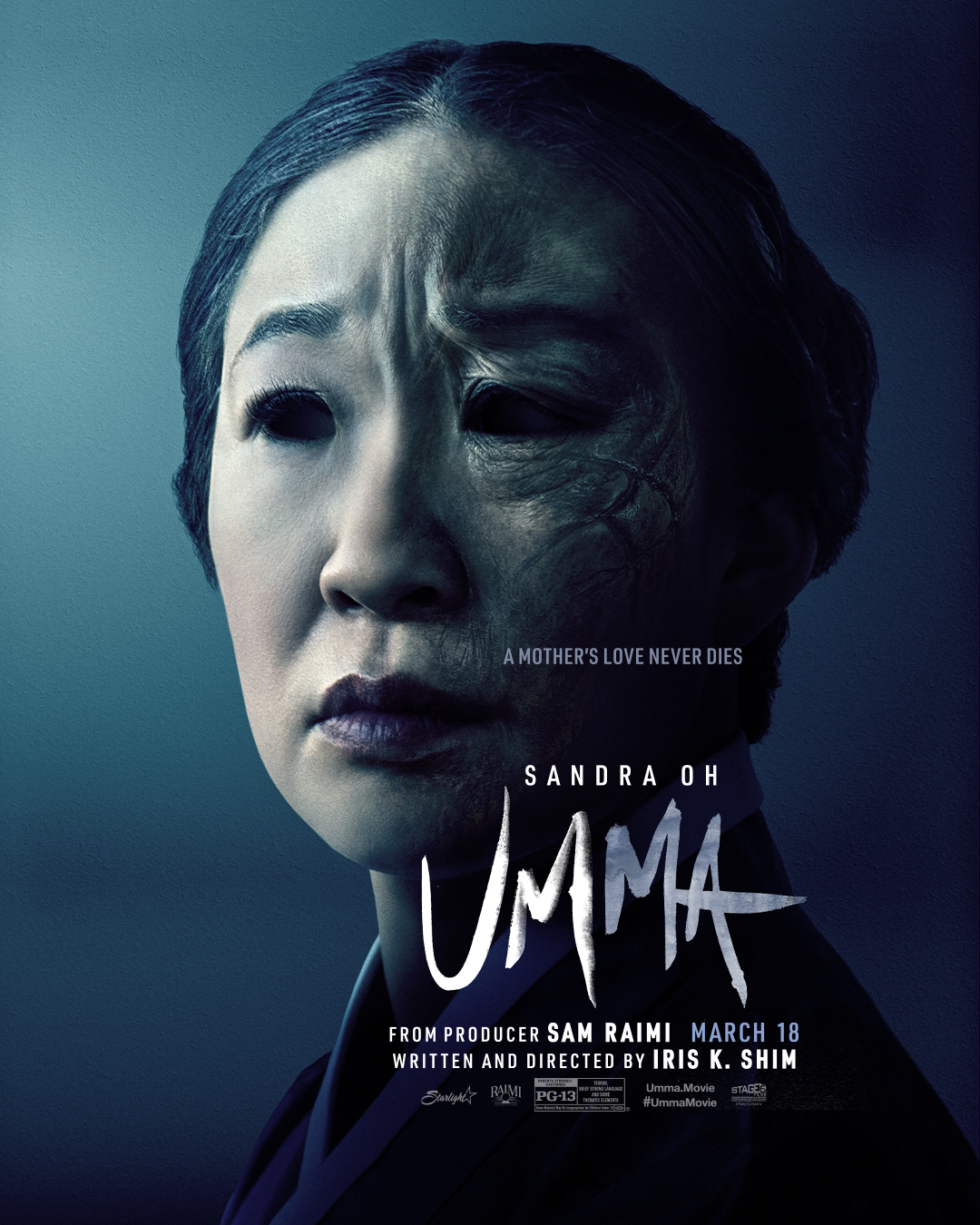 Supernatural thriller Umma from Sony’s Stage 6 Films made $338K on Friday, $352K on Saturday and a projected $225K today at 805 locations, for a three-day opening weekend total of $915K and PSA of $1,136. Umma, the Korean word for ‘mother,’ follows Amanda (Sandra Oh) and her daughter (Fivel Stewart) living a quiet life on an American farm that’s disturbed when  remains of her estranged mother arrive from Korea.

Alice from Vertical Entertainment/Roadside Attractions reported an estimated 3-day gross of $176,120 on 170 screens for a PSA of $1,036. This film also jumped from Friday to Saturday, Roadside, noted, on strong word of mouth. From Krystin Ver Linden, starring Common, Keke Palmer, Alice premiered at Sundance. After a daring escape from the brutal owner of a rural Georgia plantation, an enslaved woman soon discovers the year is actually 1973.

Documentary Jane by Charlotte from Utopia – a portrait of actress, model, singer-songwriter and fashion icon Jane Birkin by her daughter, Charlotte Gainsbourg grossed an estimated $13,447 opening weekend with 7 engagements in for a PSA of $1,921. Utopia has U.S. rights and opened at the Quad in NYC (will open Landmark Westwood next weekend). Distributor Maison 4 Tiers handled another five screens in Canada.)

Amazon presented Master – which didn’t have screen count in Friday’s preview but the number for the weekend is 188. It’s also on Prime Video. The digital and e-commerce giant closed its acquisition of MGM late last week so it will be interesting to watch how its theatrical release strategy evolves. MGM/UAR release grosses. Amazon doesn’t.

Master is written/directed by Mariama Diallo and stars Regina Hall, Zoe Renee and Amber Gray. The Sundance premiere follows three women striving to find their place at a prestigious New England university whose frosty elitism may disguise something more sinister.

Elsewhere, Atlas Distribution released Laleh in 9 locations to a debut of $2,900.