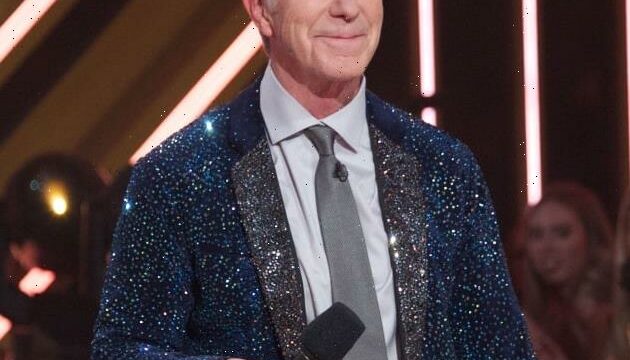 Tom Bergeron rose to television fame by hosting Dancing with the Stars for a number of years.

But you’ll need to forgive the beloved small screen personality a bit for what he did toward the end of last week, amid news about a former colleague who many believed did him wrong.

Bergeron danced all over his grave.

In a professional manner of speaking, that is.

On Thursday, Dealdine reported that Dancing with the Stars executive producer Andrew Llinares had been fired by ABC.

When a fan shared a Tweet regarding the news of Llinares’ departure, this individual tagged Bergeron and asked for his “thoughts.”

Bergeron, of course, was let go from Dancing with the Stars in July 2020 after he and co-host Erin Andrews were ousted and replaced by Tyra Banks ahead of season 29.

At the time, ABC said the competition was headed in “a new creative direction.”

“Any show like this that has been on for many, many seasons needs to continue to evolve,” Llinares said during ABC’s fall press day in September 2020, adding:

“So I think changing that host is all about evolution.”

“It was all about making the show feel fresh, making it feel new and make it reach out to a new audience — as well as the audience that’s been there for years.”

Bergeron had hosted the progrram since its premiere in 2005.

He shared the news of his exit on Twitter just under two years, writing at the time that he had been “informed @DancingABC will be continuing without me.”

He handled the whole thing with extreme class, however.

“It’s been an incredible 15-year run and the most unexpected gift of my career,” he wrote. “I’m grateful for that and for the lifelong friendships made.

“That said, now what am I supposed to do with all of these glitter masks?”

Banks proceeded to receive mixed reviews at best as host, with speculation now rampant that she may also be fired from the job.

During an appearance on the late Bob Saget’s Here for You podcast in October 2021, meanwhile, Bergeron said he wasn’t stunned by his dismissal.

“So at the end of the season that turned out to be my last season, I kind of knew. I took everything out of my dressing room that I really wanted…

“It was kind of obvious that we were kind of butting heads [behind-the-scenes]. It wasn’t a pleasant [experience].”

Bergeron, you may recall, was openly criticial of the series for casting former White House Press Secretary and known dangerous liar Sean Spicer as a contestant in 2019.

“I wasn’t surprised that that was my last season, so there was no blue period.

“Actually, I think Erin and I had more fun being fired than virtually anybody.”