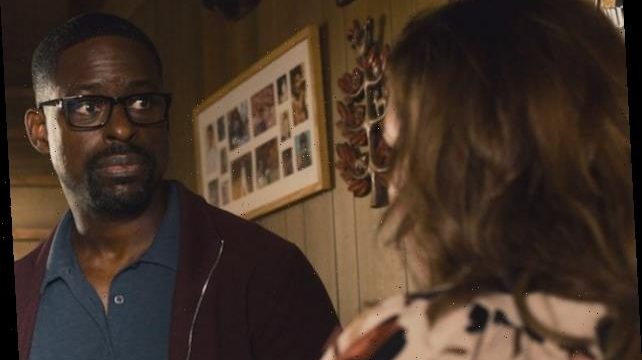 Each season of NBC’s This Is Us plays out approximately in real time: We watch the Pearsons’ lives from the Fall through the Spring, then meet up with them again a few months later in both our lives and theirs. Going into Season 5, that means the seminal events of Summer 2020 — the surge of the Black Lives Matter movement, international protests of police brutality, the ongoing COVID-19 pandemic — will have played out off-screen… but we’ll definitely see their presence in the Pearson family’s life, the show’s cast and creator say.

“It’s such a unique perspective to for someone like Randall, who’s always sort of questioning his identity as it is, but never wavering from the fact that he knows that he is Black,” Sterling K. Brown told reporters in advance of the NBC series’ two-hour season premiere Tuesday (9/8c). “But the way in which he was raised and the conversations that happened in his house are not necessarily representative of the conversations that he wants to have with his children, by virtue of what didn’t happen.”

On that note, “Randall has a really interesting come-to-Jesus moment in these first two episodes that we’ll see on Tuesday that I think is fascinating,” he added.

Brown — as well as his co-stars Mandy Moore, Milo Ventimiglia, Susan Kelechi Watson, Chrissy Metz, Justin Hartley and Chris Sullivan and executive producer Dan Fogelman — spoke to reporters as part of an NBC-hosted panel Friday. In addition to how Randall’s family would handle the events of the past seven months, the conversation covered other Season 5-relevant topics, including:

MOORE’S REAL-LIFE PREGNANCY | Moore didn’t consult Fogelman when planning to start a family, she said, laughing, but both the actress and EP noted that her current pregnancy would not affect Rebecca’s storyline this season. “We haven’t really adjusted our plan. We’re just going to work Mandy right… to go-time,” he said, adding with a laugh: “I mean, there may be a brief period, though, where you don’t see a lot of old Rebecca on the show, because she would have some really complicated explaining to do.”

KEVIN AND RANDALL’S FIGHT | The Pearson brothers’ battle will continue well into the season, Fogelman said. “That’s a fight that has been building for 40 years between these two boys, and now men, who grew up in the same house… It’s in the front and center of our premiere, and it will be in the front and center of our show for for quite a bit.” Hartley added that “when you have fights like that, sometimes it takes an event to bring people back together.” (Worried side note: That “event” can’t possibly be Rebecca’s impending death all those flash-forward years later… can it?)

LOCATION, LOCATION, LOCATION | When the Big Three are at the cabin in the premiere, prepare to settle in. “We’re spending a lot of time in the family cabin this year, by design,” Fogelman previewed.

THE END APPROACHING? | When pressed about whether Season 6 will be the show’s swan song, as Fogelman has said in the past, the EP laughed heartily. “NBC doesn’t like when I… I drop through the floor if I talk about it too literally,” he joked. Still, “Our plan has not changed for the show,” he said. “My plan has not changed.”

In addition to everything listed above , Season 5 of the drama will dig into Randall’s past on a mater “connected to family again,” Sterling K. Brown told TVLine earlier in 2020. (In one recent promo, the poor guy even wonders if the date he celebrates as his birthday is a lie.) Upcoming episodes also will delve into the reasons why Kate originally started using food as a coping mechanism “because she’s been through some things that we don’t know yet,” Chrissy Metz has previewed.