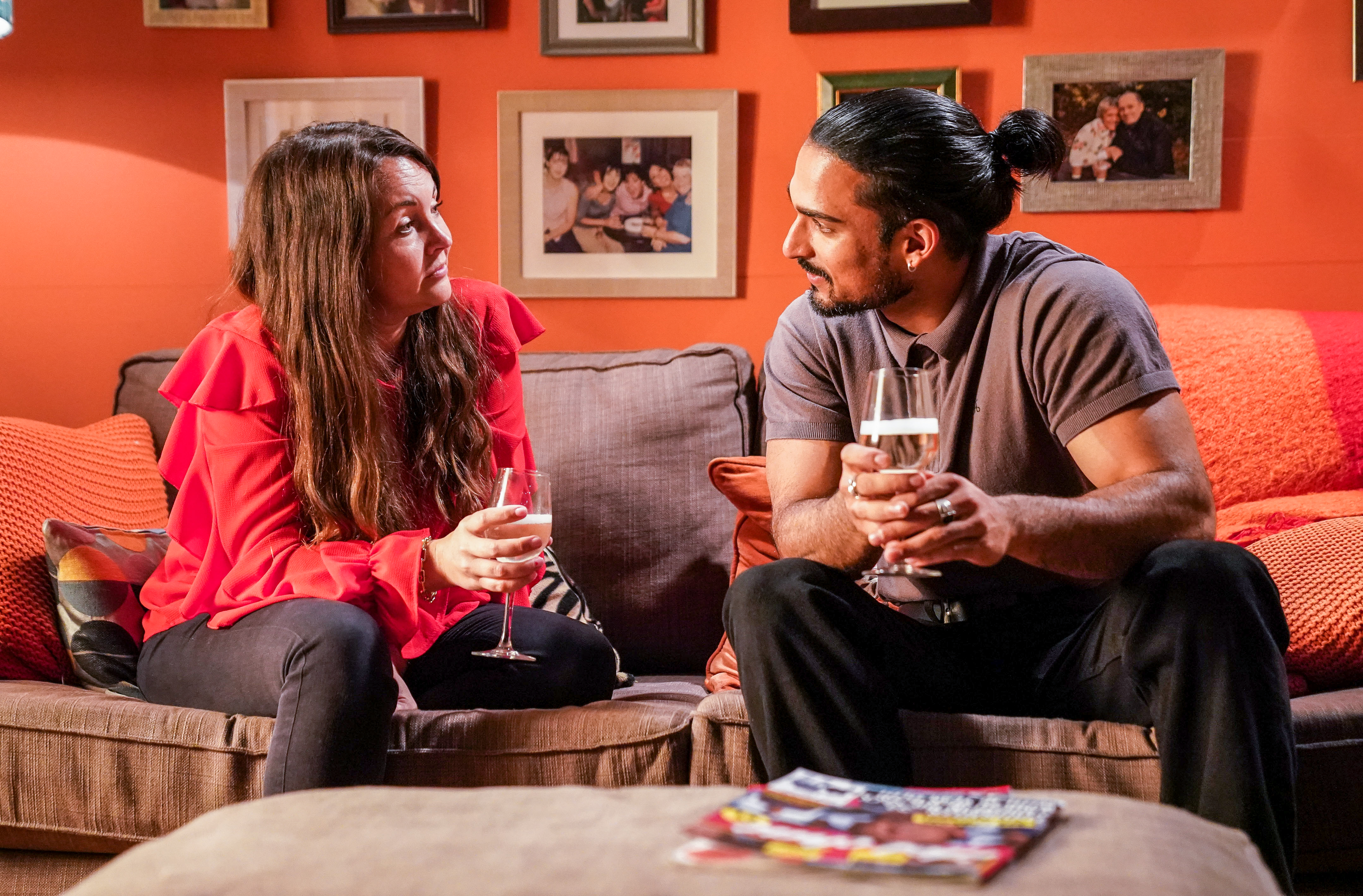 The instant that Ravi Gulati (Aaron Thiara) arrived in EastEnders he appeared to set his sights on Stacey Slater (Lacey Turner), revving his motorbike in front of Stacey’s Baps. ‘You’re smoking out my van!’ she protested. ‘Nah, babe, your van was smoking hot already,’ he replied. Oh, the banter.

There have been a few more attempts by Ravi to flirt with Stacey, and it has to be noted that the fact that she’s Kheerat (Jaz Singh Deol)’s girlfriend has only increased her allure in Ravi’s eyes.

He sees an opportunity in upcoming episodes after Stacey and Kheerat have a falling-out. This comes about because Kheerat has displayed some fairly inconsiderate behaviour towards Stacey’s daughter, Lily (Lillia Turner), using her as a means to get to talk to Ravi’s son Nugget (Juhaim Rasul Choudhury).

Kheerat knows there’s something dodgy about the fact that Ranveer (Anil Goutam) has disappeared and he equally knows he won’t get any information from Ravi so he hopes Nugget might let something slip.

Stacey is livid when she hears from Lily that Kheerat pretended Nugget was interested in her but really wanted to talk to the boy himself, and she throws a drink over Kheerat in the Queen Vic to show him what she thinks of him.

Kheerat later becomes annoyed when he learns that Stacey and Ravi are meeting up to discuss business. Later, Ravi helps Stacey bring a drunk Eve (Heather Peace) home, and when they’re alone they open a bottle of wine – and Ravi leans in for a kiss.

How will Stacey react?