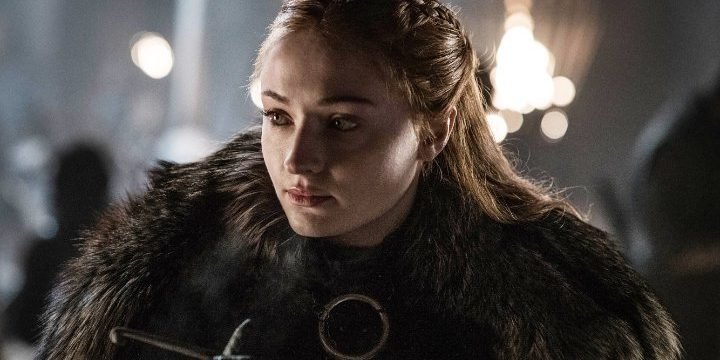 The actress famous for her role as Sansa Stark on the hit HBO series claims that she loves the show’s ending and the conclusion for her character was what she’s been striving for.

AceShowbiz –Sophie Turner has blasted the so-called fans who are urging HBO bosses to remake the final season of “Game of Thrones“, calling their online campaign “disrespectful.”

A disgruntled fan set up a petition via Change.org following the poorly received penultimate episode of the series, and within days the initiative had garnered over 500,000 signatures.

Now, as fans attack the final episode, which aired in the U.S. on Sunday night, May 19, Turner, who was among the few regulars that survived, has slammed fans signing up for a re-do.

“All of these petitions and things like that, I think it’s disrespectful to the crew, and the writers, and the filmmakers who have worked tirelessly over 10 years, and for 11 months shooting the last season,” she told The New York Times.

“(We had), like, 50-something night shoots. So many people worked so, so hard on it, and for people to just rubbish it because it’s not what they want to see is just disrespectful.”

The actress was more than happy with the show’s ending and her final role as Queen of the North, adding, “I loved it. It’s the only place that she really, truly feels safe. It’s the place that she’s the most capable of ruling. She would be a fair and loving ruler, and it’s what she’s been striving for this whole series: to go back home, to protect her home. And finally she has that.”

The petition suggests network bosses at HBO should rework the show’s final season with a new group of creatives.

“(Show creators) David Benioff and D.B. Weiss have proven themselves to be woefully incompetent writers when they have no source material (i.e. the books) to fall back on,” the originator of the list wrote. “This series deserves a final season that makes sense.”

“Games of Thrones” is based on the fantasy book series written by George R.R. Martin.