EastEnders star Riley Carter Millington emotionally recalled being ‘scared of dying not being the person I wanted to be.’

The actor, who played Kyle on the show, became the first transgender man to play a transgender character in a UK soap and he has won acclaim from fans and critics – not least of all for scenes which saw him reunited with his mum, played by Loose Woman Denise Welch.

Speaking on the ITV programme today, in celebration of Pride month, Riley recalled: ‘I used to wear my grandad’s suits’, sharing how he used to feel ‘different’ from the age of four.’

He added: ‘Just let kids be who they are.’

Riley also recalled coming out about his sexuality to his best friend when he was a young teenager, saying he didn’t feel ‘relief’ at that point because he ‘knew there was something else.’ 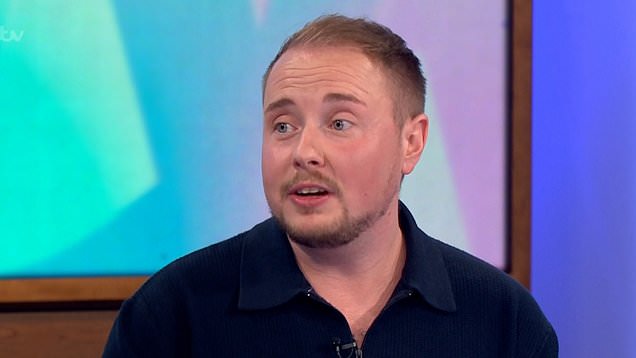 He continued: ‘Yeah, it was just a case of “I can’t not live my life forever,” and I had panic attacks because I was scared of dying as not the person I wanted to be.

‘I wanted to be an old man with a wife, not a woman with a husband.’

In 2016, Riley was nominated for the Inspirational Role Model Of The Year accolade at the European Diversity Awards and for the Newcomer Of The Year prize at the TV Choice Awards.

Riley, who featured in EastEnders for just over a year, was axed by boss Sean O’Connor, and the star since admitted that he wanted different for his character.

He had said: ‘I was disappointed it was not shown that Kyle had a normal life. He had the big coming-out story and it was dramatic and emotional, but we didn’t get to see a happy ending, like a relationship of any sort other than the reunion with his half-sister, Stacey. It was frustrating.’

Speaking to The Sun, he added: ‘I felt I let myself and the fans down as I could have pushed for something. It’s a shame to have gay characters and then you have to say goodbye.’

Since leaving the show, Riley has appeared Celebrity Fat Fighters on TLC and a powerful stage show called SAFE. The EastEnders door was left open for a potential future return given that Kyle wasn’t killed off.