The Kardashians star shocked fans after sharing a "topless" photo on her Instagram page. 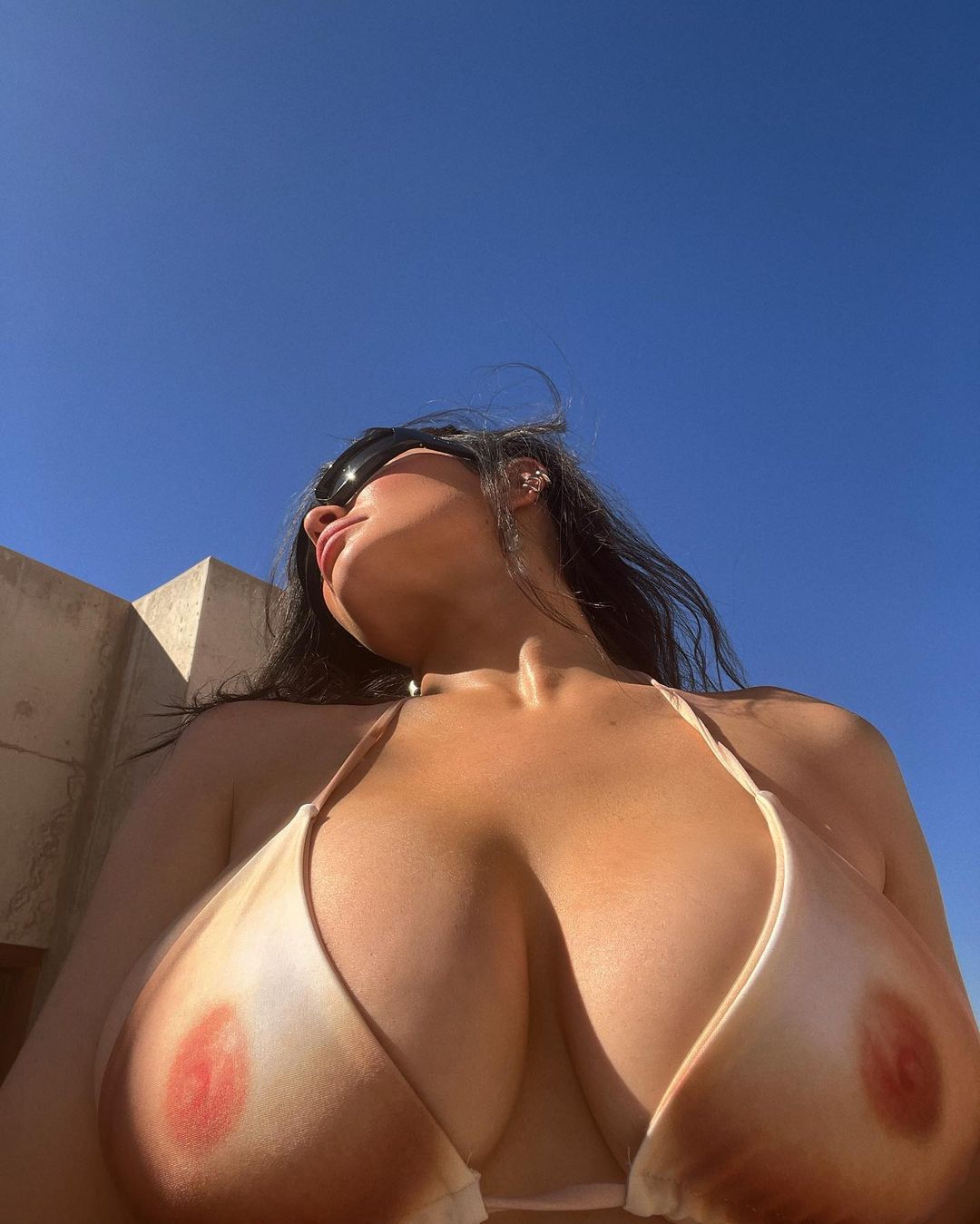 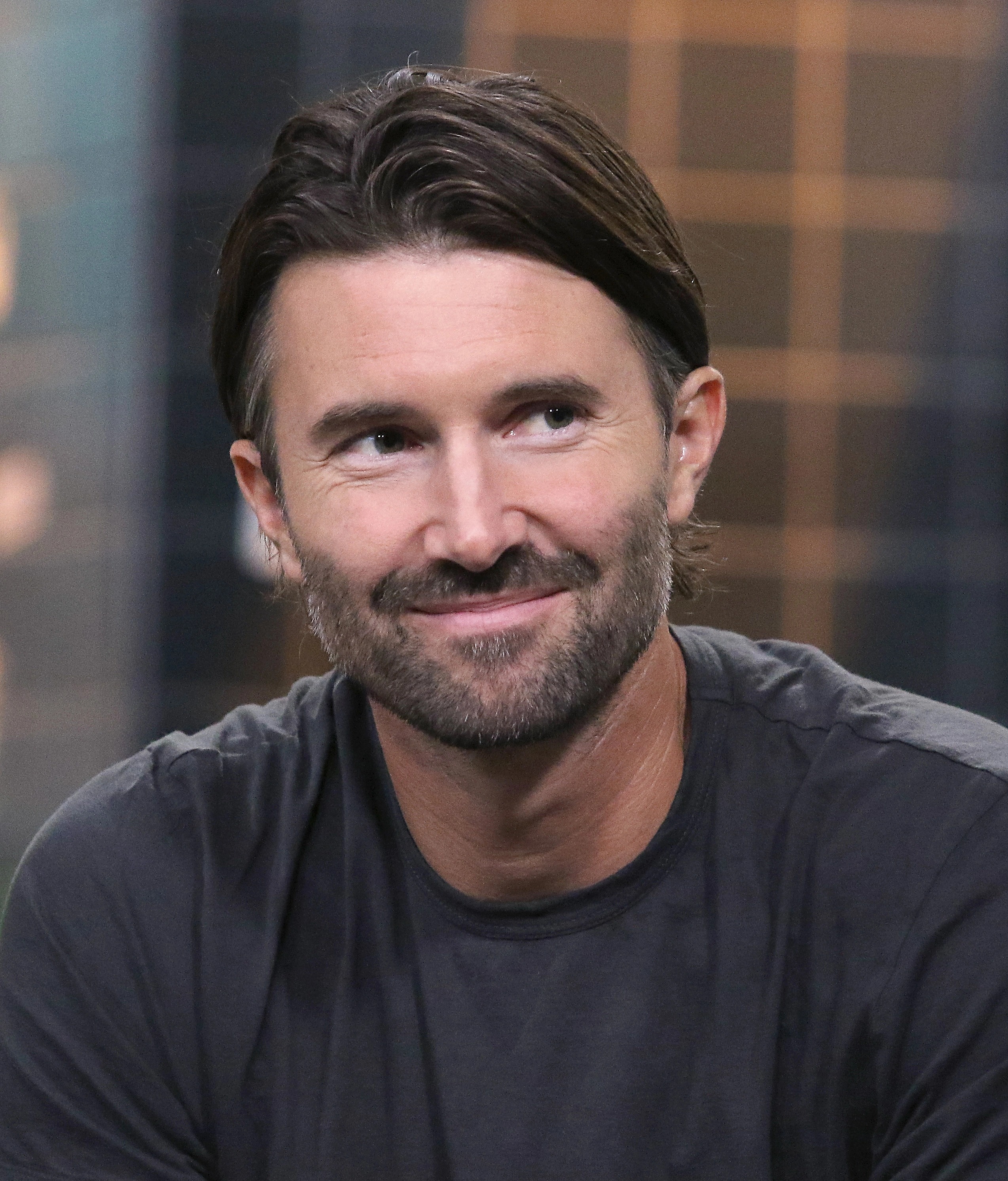 Kylie, 24, took to her profile on Monday to post a picture wearing a Jean-Paul Gaultier bikini top designed to look like nipples.

Fans and friends flooded the comments with their surprise and praises, but when her brother Brandon, 41, left a note others were not so pleased.

The Keeping Up With the Kardashians alum typed a laughing emoji and a hands-up emoji as he gushed over the racy pic. 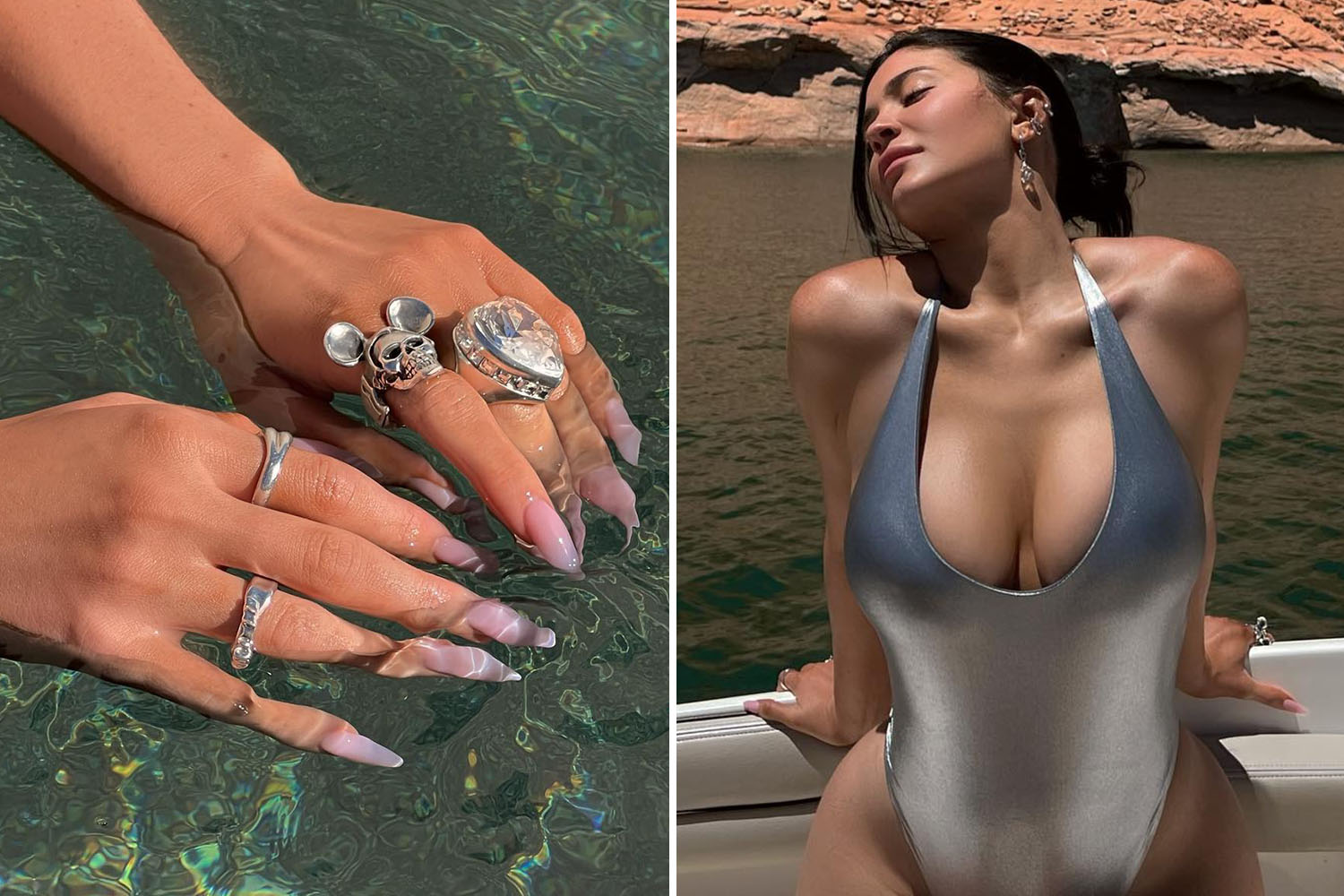 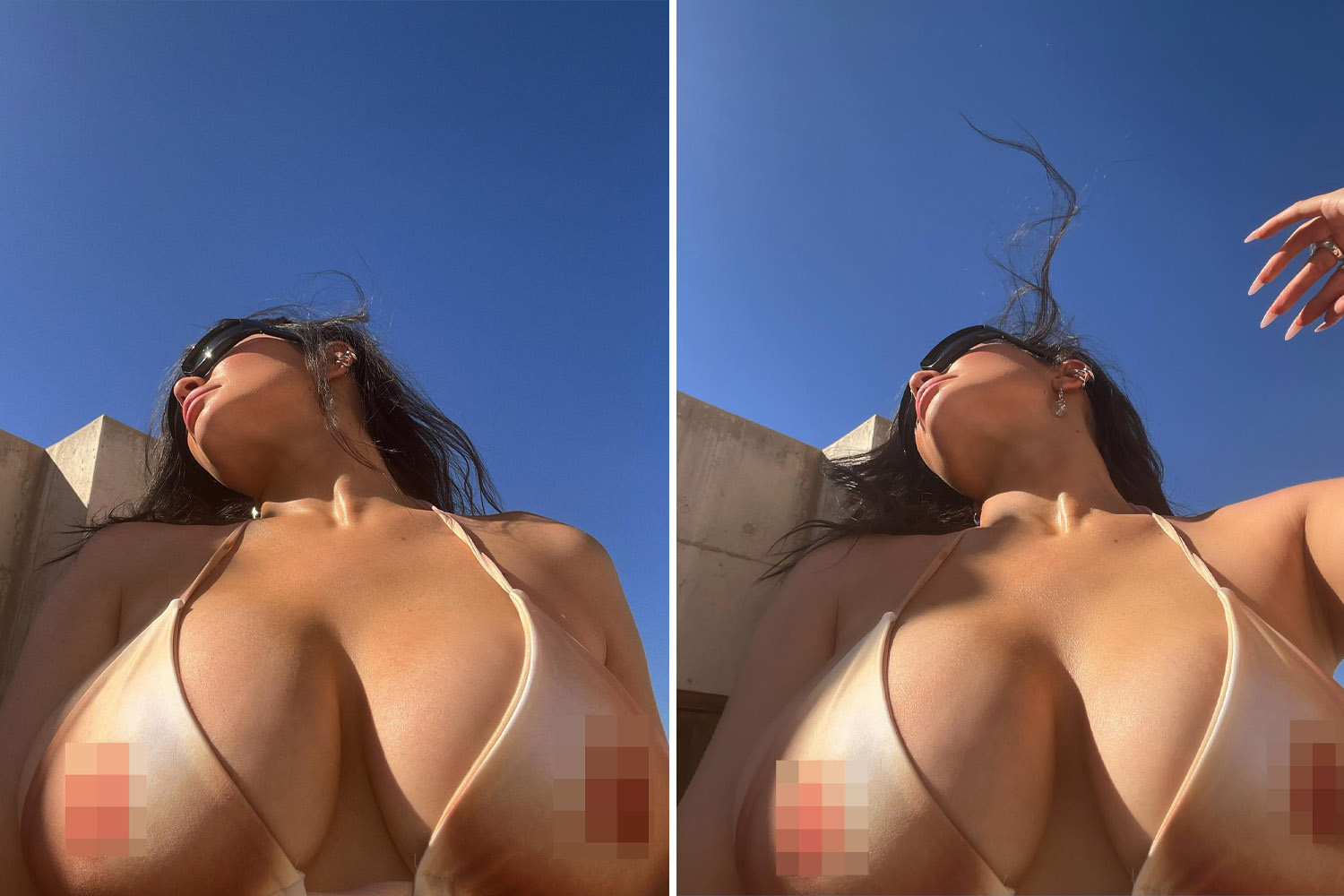 Fans were stunned by his comment, as hundreds slammed him as "weird."

"I think you could’ve kept your comment to yourself. Pretty weird," another advised.

A fourth joked: "You shouldn’t be here, bro," while a fifth noted: "Bruh if there was any post u should comment on from ur sister, this was not it."

Brit tourist 'raped during beach massage' in front of her partner

A REAL HAIR TO HARRY!

"WEIRD imagine your older brother commenting this on your titty pic wtf is wrong with you," a final warned.

Kylie set social media on fire when she put her "nipples" on full display Monday.

The model showed no shame, as she shared a pair of pics with her chest in full view, while on vacation in Utah.

The mother of two even flipped her hair out of the way in one pic, for a more unrestricted view.

What fans thought to be Kylie's nipples were part of a designer bikini top, created by fashion icon Jean-Paul Gaultier.

The luxury designer also shared the images on his own Instagram, writing: "@kyliejenner wearing the “naked bikini” from our collaboration with @lottavolkova."

On his website, he revealed that he collaborated with stylist Lotta Volkova on the new collection.

"Celebrating her work and style, Gaultier has tapped the creative on a campy, surrealist collection of garments.

"A range of dresses, tops, and bikinis are given a 'naked' treatment with women’s bodies printed onto the pieces for a trompe l’œil effect."

Trompe-l'œil is an art technique that uses "realistic imagery to create the optical illusion that the depicted objects exist in three dimensions."

And in the spirit of "Less is more," the outfits run well north of $300 each.

Fans on Kylie's Instagram were beside themselves, one writing: "YOOO you gotta put a warning. I thought i pressed the wrong app."

Another added: "Enough internet for today" while a third went one step further: "I'm done with insta, bru."

Kylie has continued to share snaps from her trip to Utah, soaking up the sun at the Amangiri desert resort in Canyon Point.

The property is a favorite of the Kardashian family and has hosted many celebrities.

The youngest Kar-Jenner has been showing off her post-baby body and famous curves in several posts.

While in Utah, she compared her chiseled surroundings to the red planet.

"BRB went to Mars," she captioned one photo while wearing a skin-tight brown dress during a hike.

In another post, the fashion designer modeled a metallic, long-sleeved shirt and mini skirt.

"Blue might be my new favorite color," Kylie captioned the clothing clips.

The Hulu star gave birth to her second child with rapper Travis Scott in February, a child whose name is still unknown. 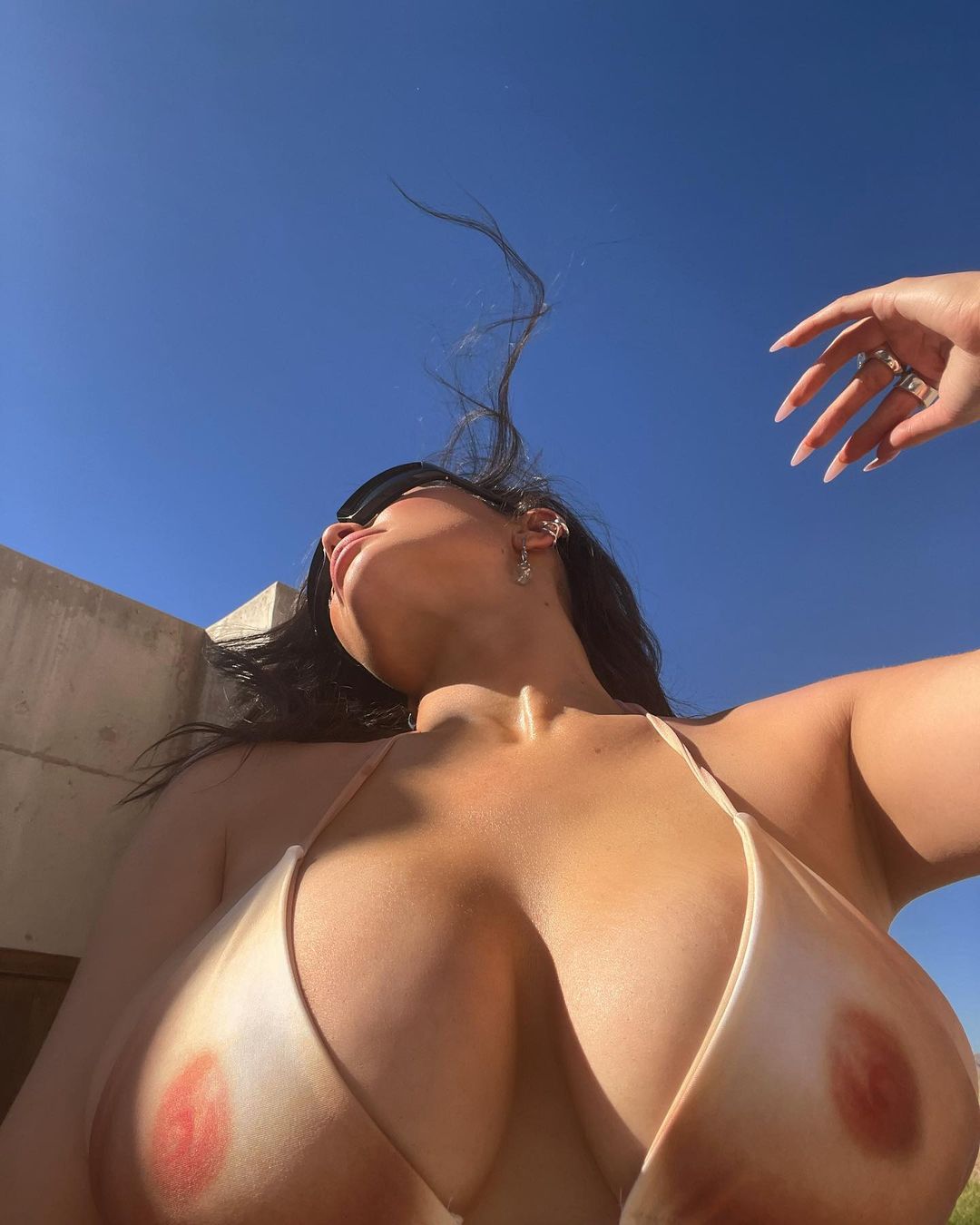 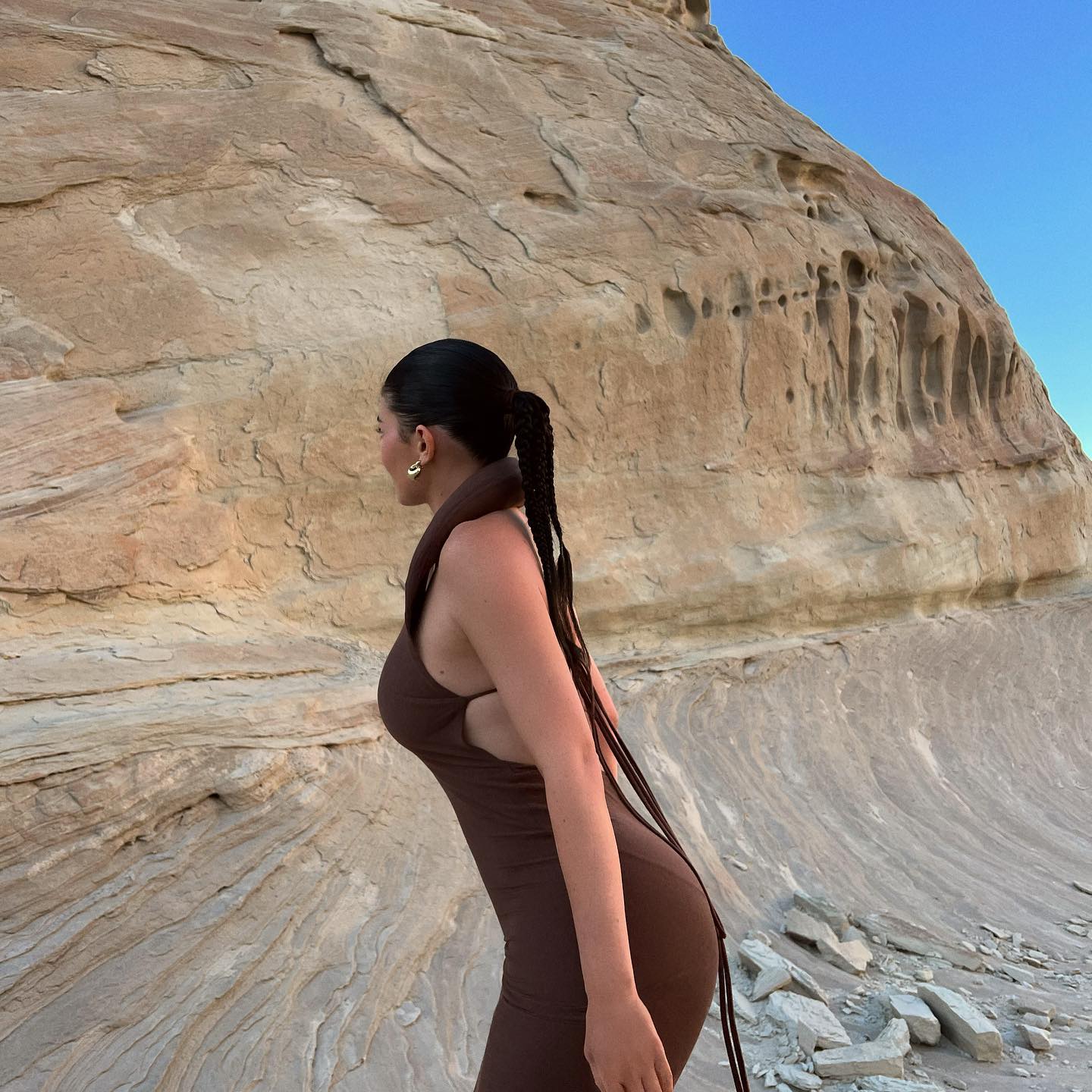 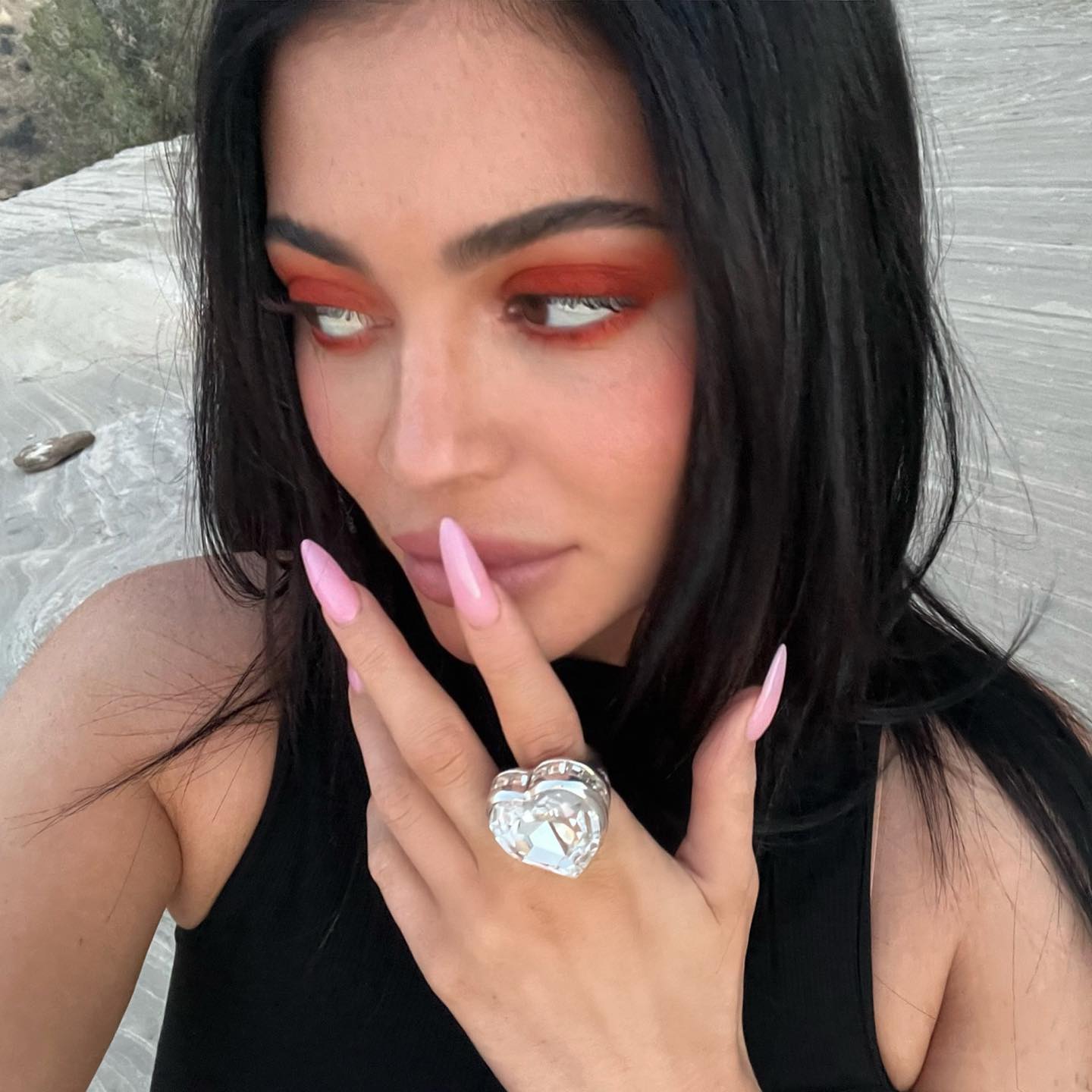