Outlander star Lauren Lyle had never been on a big set before taking on the role of Marsali Fraser. A little out of her depth, she reflected on meeting co-star Caitriona Balfe for the very first time during a scene.

Outlander’s Lauren Lyle offered fans a bit of behind the scenes insight when she revealed intimate details of her first time on the historical drama’s set.

Not used to the scale of the show’s production, the Marsali Fraser actress couldn’t help but feel out of her comfort zone.

It was meeting one of the show’s stars that set her stomach going as she remembers her initial encounter with Caitriona Balfe.

Lauren was thrown in the deep end, coming face to face with Caitriona for the first time during a sex scene. 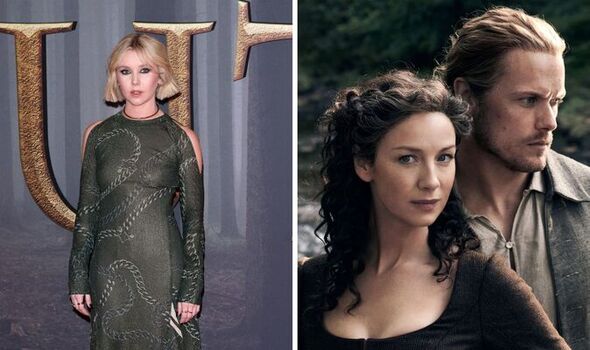 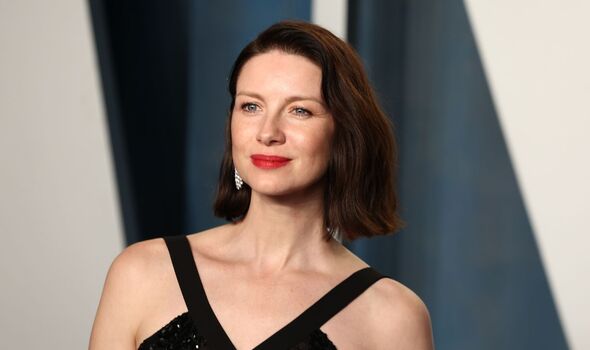 The actress playing the eldest daughter of Laoghaire MacKenzie in the series, took on the role with little credits under her belt.

During a chat with co-stars John Bell and Caitriona, she re-told the story of her early days on the drama and how she dealt with them.

Before stepping foot inside the Outlander world, she revealed she thought she had messed up the audition to the point of rejection.

She said: “The director knew straight away when I left the room, saying ‘she’s our Marsali’ but you never can tell.” 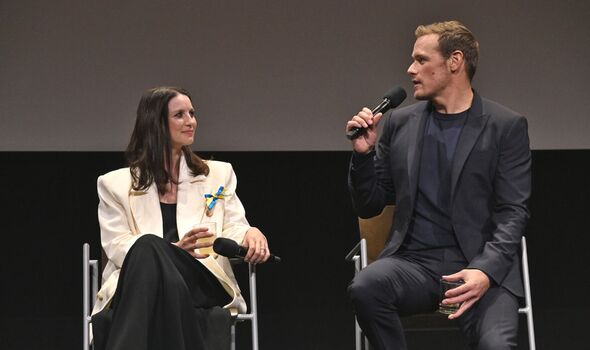 She continued sharing anecdotes with listeners of her podcast, ‘She’s a Rec’.

Next came the encounter with Claire Fraser actress Caitriona Balfe and it was less comfortable than what she had hoped for.

Lauren remembered: “We walked in on Sam and Cat or Claire and Jamie when they were about to have sex and I’m meant to be like ‘who’s this woman?’

“I remember being so intimidated, she’s so beautiful.”

The star then joked about being lost in the darkness of the studio as the crew prepared for the intimate scene.

She revealed: “They make the studios really dark for candle lit scenes and I just remember being like ‘I cannot see, I don’t know where to go’ and being so scared.”

The podcast episode was the last in her second season and contained stories of life on the Outlander set and details of John Bell’s time on Trainspotting 2.

Mysteriously swept back in time to 1743, she is instantly thrust into the unknown and her life is in danger from the get-go.

Catch up on Outlander episodes available to view on Netflix.