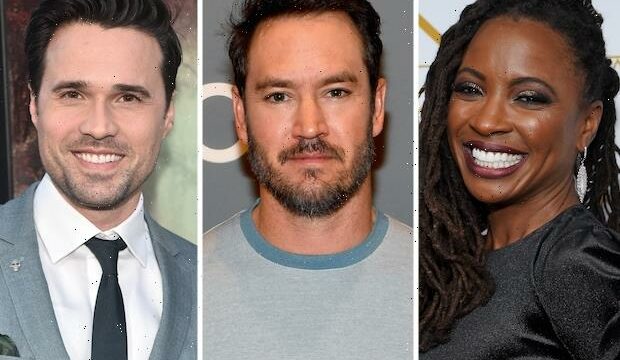 Three familiar faces are headed to NBC during the 2022-23 broadcast season. The network has handed a series order to mission persons drama Found, starring Shanola Hampton (Shameless), Mark-Paul Gosselaar (Saved by the Bell) and Brett Dalton (Marvel’s Agents of S.H.I.E.L.D.).

Found, which hails from Nkechi Okoro Carroll (All American) and Berlanti Productions, is based on the fact that “in any given year, more than 600,000 people are reported missing in the U.S. More than half that number are people of color that the country seems to forget about,” according the official logline. “Public relations specialist Gabi Mosely (series star and producer Hampton) — who was once herself one of those forgotten ones — and her crisis management team now make sure there is always someone looking out for the forgotten missing people. But unbeknownst to anyone, this everyday hero is hiding a chilling secret of her own.”

“We are so happy to be working with Greg Berlanti and Nkechi Carroll on this incredible project that is so close to their hearts,” NBCUniversal President of Entertainment Scripted Content Lisa Katz said in a statement. “Found is very compelling while also shining a light on an issue that is extremely relevant, and we know with this group at the helm these stories will be told authentically across all aspects of the production. Additionally, we have been determined to find a vehicle for Shanola and this project on NBC could not be a more perfect fit.”

Added Carroll: “Getting to put Found on the air and share it with everyone is such an incredible dream come true. The situation with missing people in this country is truly an epidemic in and of itself. I was inspired to create Found to not only entertain, but to help be part of the solution.”

In addition to Found, NBC on Thursday announced that it had passed on Scott Bakula ranch drama Unbroken. The network’s previously announced freshman slate includes the George Lopez sitcom Lopez vs. Lopez, and sequels to Night Court and Quantum Leap.