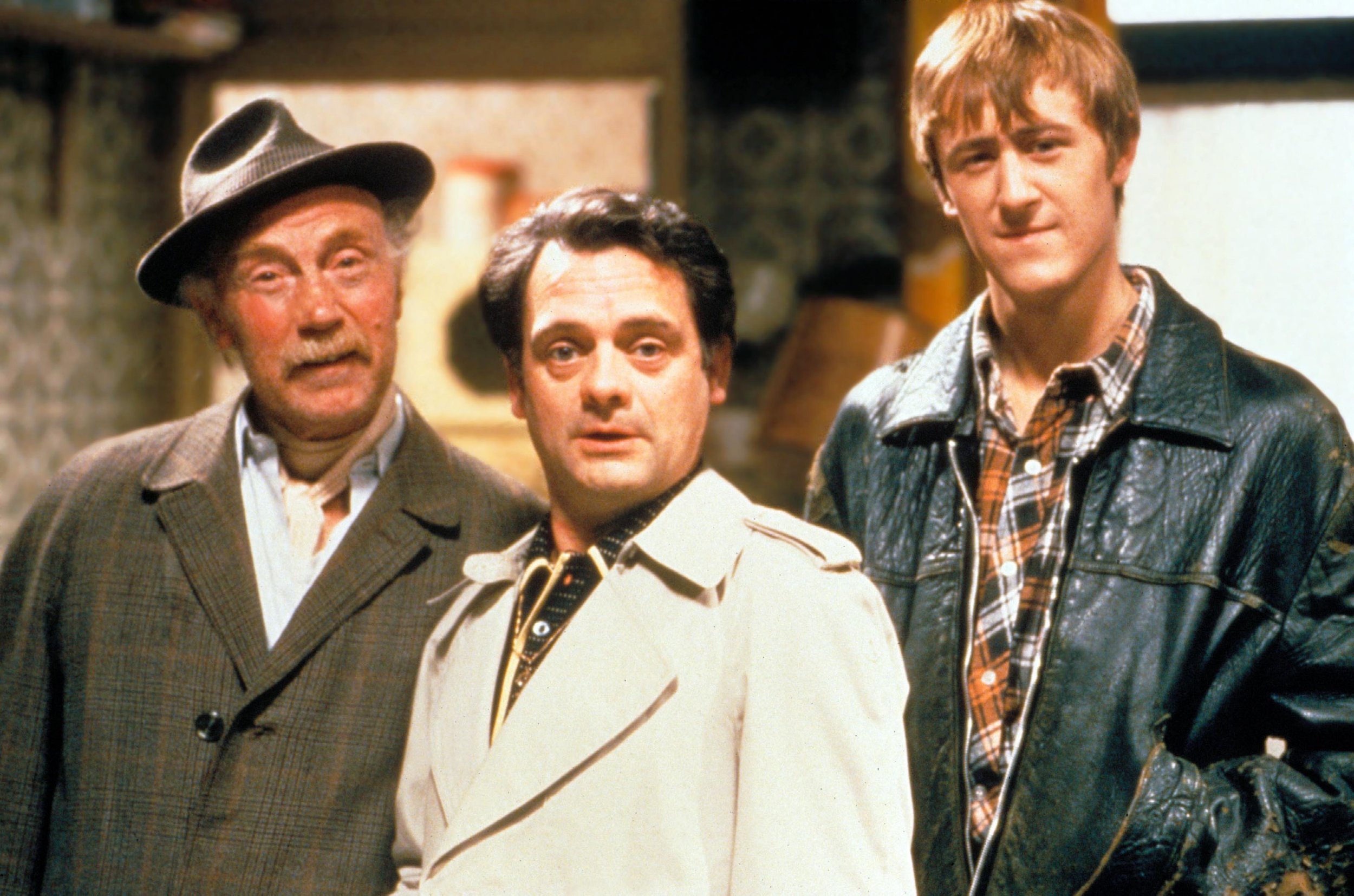 Only Fools and Horses creator John Sullivan took such a dislike to a Christmas special it was banned from television screens for nearly two decades.

Following the lives of Southeast London siblings Del Boy Trotter (Sir David Jason) and Rodney (Nicholas Lyndhurst), the sitcom became a huge hit with viewers when it debuted on the BBC.

But while the series paints a loveable portrait of Del Boy as a wheel dealer, Sullivan, who died in 2011, was said to have felt A Royal Flush did not accurately portray his charismatic character.

Instead, Sullivan purpotedly felt like Del Boy came across as condensing and bulling in the 1986 episode, making the decision to take it off the air waves.

In A Royal Flush, Rodney and Del Boy stay at the lavish Berkshire home of Lady Victoria, who is a second cousin of the Queen, after the younger Peckham brother strikes up a friendship with the aristocrat.

After enjoying the opera and going on a clay pigeon shoot, Del Boy gets drunk during dinner and begins to make jibes at Rodney’s expense.

Speaking on Channel 5 documentary Secrets and Scandals of Only Fools and Horses, editor Chris Wadsworth said: ‘It’s quite a cruel dark episode. John said: “This is not a good episode.”

‘Some 20 years later he said, “Can we do anything to take out Del being nasty?”

‘The episode was shown to an audience to get a laughter track but I don’t think we succeeded completely.’

While A Royal Flush was released on DVD in 2005, it was reportedly only after a serious edit on Sullivan’s orders, with around 18 minutes of footage cut and the sound of audience laughter added to it.

Sir David has said recently he would love to reprise the role of Del Boy, telling The Sun in January: ‘I’ve always loved Del Boy, who is such a wonderful loser. I would love to revisit him, I need someone to write me a script.

‘As a show it’s very important we don’t forget about it, it has a huge following, it fills in that need for an awful lot of people.’

Only Fools and Horses: Secrets and Scandals will air on Channel 5 tomorrow night at 9pm.