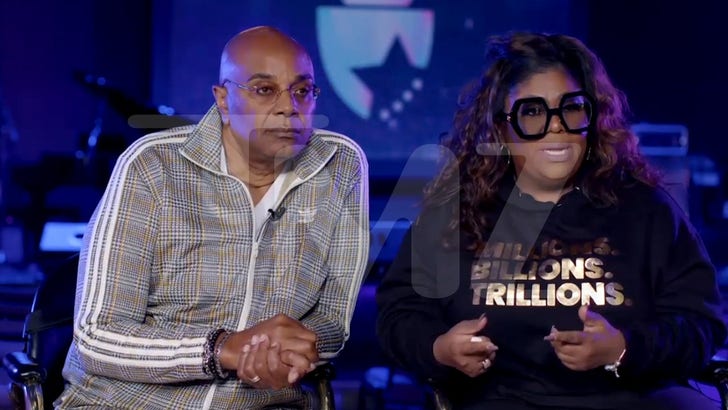 Kim Burrell, the gospel singer who came under fire for insensitive comments made in church, will NOT step down — she’ll be ministering again after deep introspection and counsel from her pastor.

Kim and Pastor Dr. Mike Freeman of Spirit of Faith Christian Center in Maryland, tell TMZ … the backlash won’t silence her, because she believes speaking to the congregation is her calling from God.

Rest assured, though, Kim knows she crossed a line last weekend … and says Pastor Freeman, and others, will make sure she doesn’t have a repeat performance. 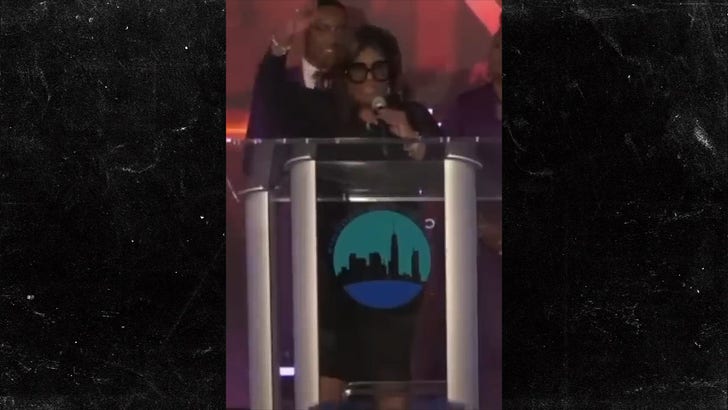 ICYMI, Kim went viral for last weekend’s sermon where she referred to people as “broke” and “ugly,” among other tasteless labels. Kim says the remarks were made in “jest,” but most folks on social media didn’t buy that — even after she put out a written apology. 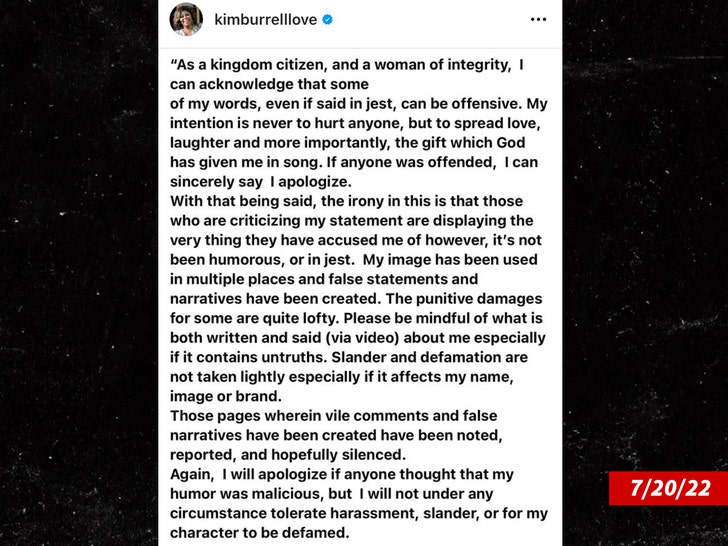 Pastor Freeman explained why he’s standing by Kim, telling us … “We don’t shoot the soldier we nurse them.”

He insists church members want to surround the singer with love, instead of knocking her while she’s down.

Since her gaffe in the pulpit, Kim has posted a remorseful video, saying she just wants folks to see her heart.

She told us the most important thing she wants folks to know is she’s sorry and takes full responsibility for her actions.