In an episode of BBC Breakfast, which aired last Thursday, Munchetty and Stayt spoke with Secretary of State for Housing, Communities and Local Government Robert Jenrick, 39, about a reported delay in the UK’s coronavirus vaccination programme. However, it was the Union Jack flag that caught the presenters’ attention at the end of the interview and Stayt ended up making a sarcastic quip about the patriotic emblem in the background of the picture. The BBC journalist and his co-star made several jibes, including one about the Queen. It has since been revealed the BBC has been flooded with complaints from viewers who were left unimpressed by the segment.

In the BBC’s latest complaint report, it stated more than 100 people had complained about the segment.

It read: “We received complaints from people unhappy with a comment Charlie Stayt made about the flag in the background of an interview and Naga Munchetty’s subsequent activity on social media.”

In response to the complaints, the BBC defended the interview and said Stayt’s remark was meant to be “light-hearted”.

The statement went on to add both Munchetty and Stayt have been spoken to and reminded of “their responsibilities”. 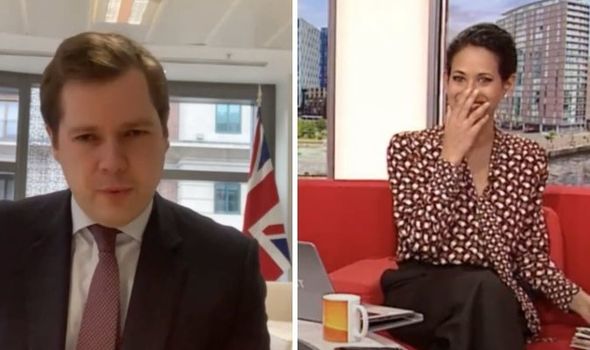 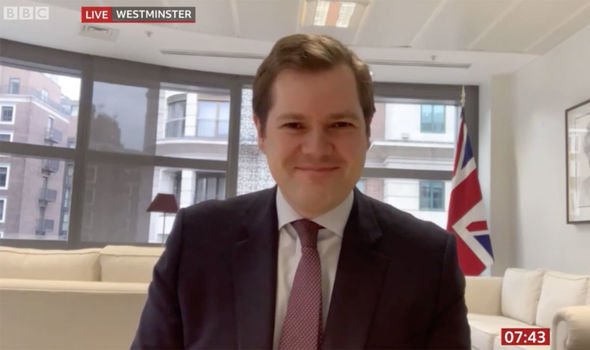 “At the end of a long, serious interview with the Housing, Communities and Local Government Secretary Robert Jennick, Charlie Stays made an off the cuff remark about the size of the flag behind Mr Jenrick,” the BBC’s response began.

“It was meant as a light-hearted, off the cuff comment and no offence or disrespect was intended.

“Naga and Charlie have been spoken to and reminded of their responsibilities, including the BBC’s impartiality and social media guidelines.” 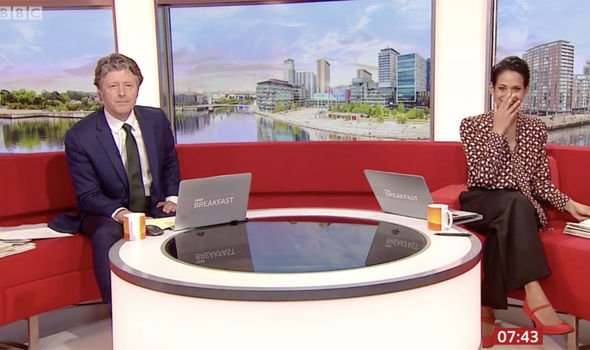 Her actions were quickly picked up by her followers and she “removed the likes” apologising for causing any offence.

She posted on her official Twitter account: “I liked tweets today that were offensive in nature about the use of the British flag as a backdrop in a government interview this morning.

“I have since removed these likes.”

Munchetty added: “This do not represent the views of me or the BBC. I apologise for any offence taken.”