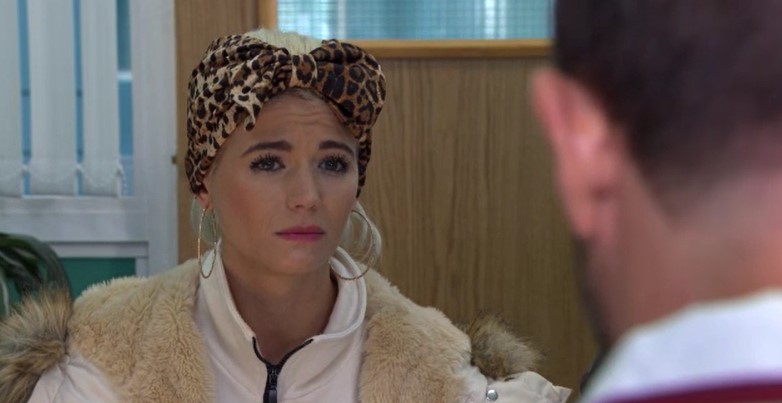 Lola Pearce (Danielle Harold) is dealt a devastating blow in EastEnders later this month when discussions with a specialist about a clinical trial end in heartbreak.

The hairdresser, as viewers know, was diagnosed with a terminal brain tumour last month, after she ended up in hospital following a seizure.

The doctors performed surgery on her, hoping to remove the tumour, but the operation proved unsuccessful and thus she was subsequently told that her condition was terminal.

Lola, despite her prognosis, has resolved to fight the cancer, and Ben Mitchell (Max Bowden) has offered his support – hoping to find a clinical trial or some form of experimental treatment that could save her life.

Later this month, Lola and Jay Brown (Jamie Borthwick) go to see a specialist about a potential clinical trial, but there is ultimately tragedy ahead.

Dr Cunningham,, the specialist, breaks the news to Lola that it’s simply too soon to try this route, before warning her that miracles rarely happen.

Lola is devastated as a result, and she later lashes out at daughter Lexi (Isabella Brown).

They subsequently reunite, however, and Lexi offer to plait her mum’s hair – but there is more heartbreak on the cards, as Lola’s hair starts to fall out in Lexi’s hands.

Jay, meanwhile, resolves to make this Christmas as special as possible, aware that it could be his last with Lola.