The Strictly Come Dancing semi-final was packed full of risky twists and fast-paced steps this past weekend. With each remaining contestant performing two complex routines for the judges and BBC viewers, it was Good Morning Britain’s Ranvir Singh and Made in Chelsea’s Jamie Laing who landed in the dreaded dance-off. And it was Jamie who made it through to the final with pro partner Karen Hauer – a controversial decision to some.

Following Ranvir’s exit at the semi-final stage, there has been plenty of talk amongst the Strictly fandom as to whether it was the right decision.

Some fans have branded the result a “fix”, while Ranvir’s pro partner Giovanni Pernice insisted he and his partner “deserved” to be in the final.

Nevertheless, Jamie and Karen are keeping their spirits high ahead of their three finale performances.

And the latter stood firm on It Takes Two during a chat with Zoe Ball on Tuesday as she praised Jamie for his efforts, insisting people “don’t see” just how hard he’s working. 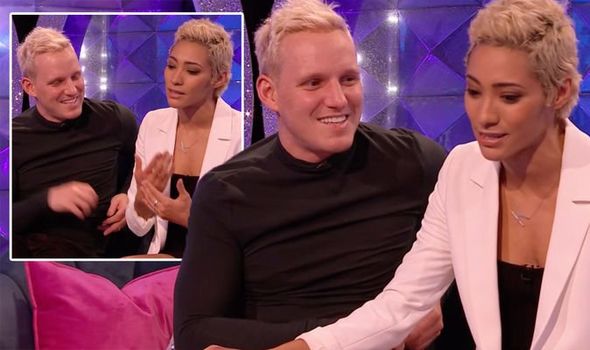 After Jamie detailed just how “tough” the routines and experience has been, Karen weighed in.

“Are you going to get emotional?” Jamie joked before Karen continued to heap the praise on her co-star.

“No, but he’s tough, he’s resilient. He comes back (and) he stays positive. 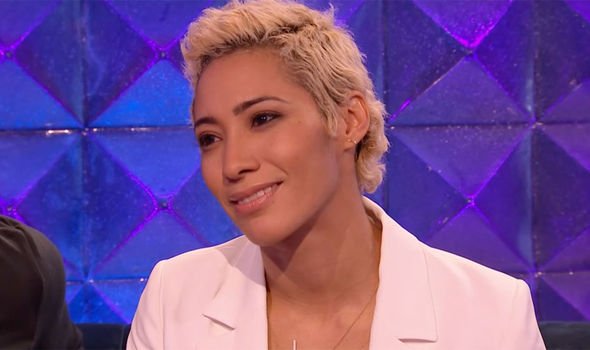 “He works hard and a lot of people don’t see what he does behind the scenes.”

Karen’s kind words didn’t stop there as she joked: “(There’s) sweating and just continuing – that’s what it takes.”

Jamie then jumped in to emphasise: “So much sweating,” as Zoe let out a laugh.

Karen concluded: “But he always stays positive and wanting to work.

“And that’s why you’ve made the final,” she added, painting a supportive hand on Jamie’s shoulder.

Also during their chat, Zoe dropped the bombshell that Jamie had broken a Strictly record by making it to the final.

“The only couple to have been in four dance-offs and got to the final!” Zoe announced on air.

As the crew applauded, Jamie and Karen began to pose triumphantly at the accolade.

“You’ll always have that one, I feel,” Zoe remarked, as Jamie weighed in: “That’s our medal!

“That’s our rosette. We’re so excited by that,” he added.

But will he be able to shock everyone on finale night and pip Bill Bailey, Maisie Smith and HRVY to the Glitterball Trophy?