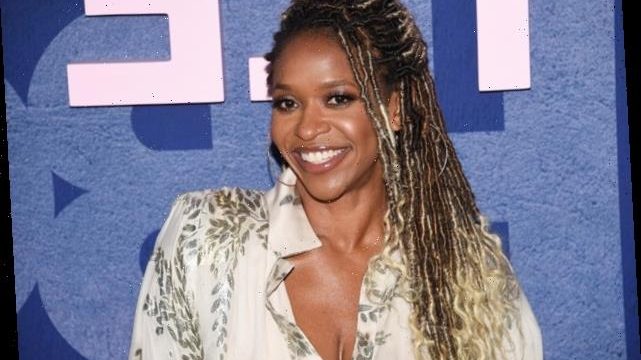 Lucifer‘s Amenadiel is making a new friend: Merrin Dungey (Alias) will appear in the Netflix drama’s sixth and final season as Sonya, a no-nonsense cop who forms an unlikely bond with DB Woodside’s angel, the streamer announced on Tuesday.

Additionally, Brianna Hildebrand (Trinkets, The Exorcist) will play Rory, a rebellious and angsty angel hoping to follow in Lucifer’s footsteps.

Following a pandemic-related pause, Lucifer resumed production in late September to finish up the 16th and final episode of Season 5, and then segued directly into the start of production on its sixth and final season, which will run 10 episodes. A premiere date for neither Season 5B nor Season 6 has been announced yet.

* The Kelly Clarkson Show has been renewed for two seasons, taking the daytime talker through 2023.

* The CW’s upcoming series Walker has tapped Jeffrey Nordling (Big Little Lies) to recur as Stan Morrison, a businessman and networker who is a close friend of the Walker family, TV Insider reports.

* Emmy winner Jharrel Jerome (When They See Us) will star in and executive-produce the Amazon Prime series I’m a Virgo, which is described as an absurdist, coming-of-age story about a 13-foot-tall Black man (Jerome) who lives in Oakland, California, our sister site Variety reports.

* Hulu has acquired One Tree Hill vets James Lafferty and Stephen Colletti’s crowd-funded comedy  Everyone Is Doing Great, which will premiere with all eight episodes on Wednesday, Jan. 13. The series — written and produced by Lafferty and Colletti — “follows Seth (Colletti) and Jeremy (Lafferty), who enjoyed the success of Eternal, a hit television vampire drama. Five years after their show has ended, they lean on each other as they awkwardly navigate the perils of life and love in a late coming-of-age.” Watch a teaser:

Which of today’s TVLine Items pique your interest?