JEREMY Kyle launched into a furious rant at 'nightmare neighbour's' during today's show.

The host, 53, listened to the guest, Jordan, complain about his neighbour Stacey, who he claimed tried to kiss him, played loud bass music all night and let her dog bark at all hours of the day. 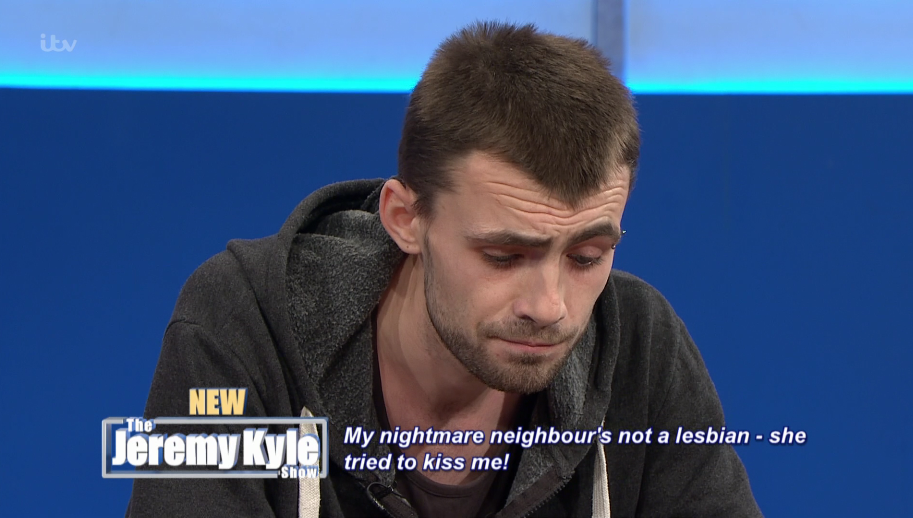 As Stacey tried to argue that it was in fact her neighbour who played the loud 'bass boosted' music, Jeremy poked fun at the contestants as he asked the sound team to play Abba.

"That aint mine, that's what he listens to," commented the noisy neighbour.

"But why is your dog barking," asked Jeremy.

Stacey replied: "A dog barks. They've got three dogs and they've got chickens." 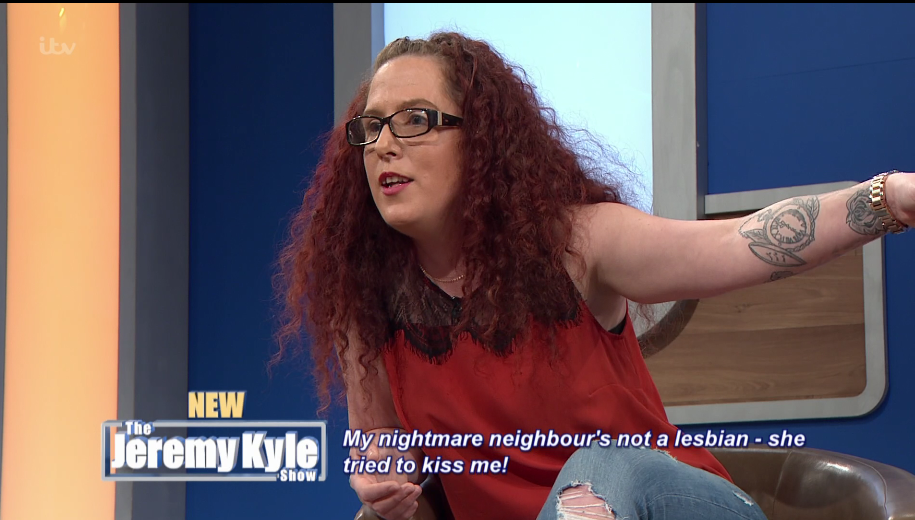 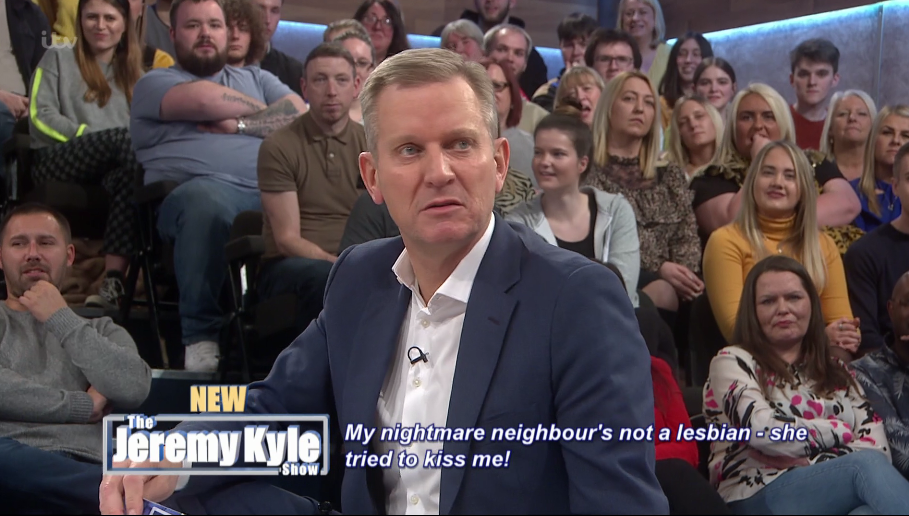 "Three dogs that don't even make a noise," stated Jordan.

Reading out the script, Jeremy revealed that Stacey had branded her neighbour as a 'scrawny tramp, whose clothes smell of cat wee' and revealed that she had doubts about his girlfriend being an 'animal lover'.

Cutting in, Stacey said: "When do you ever let them out for a pee and poo?" 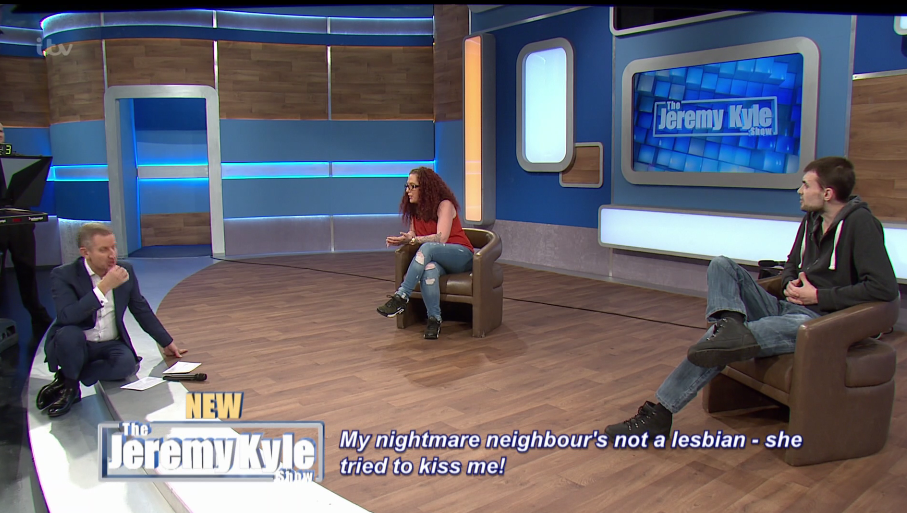 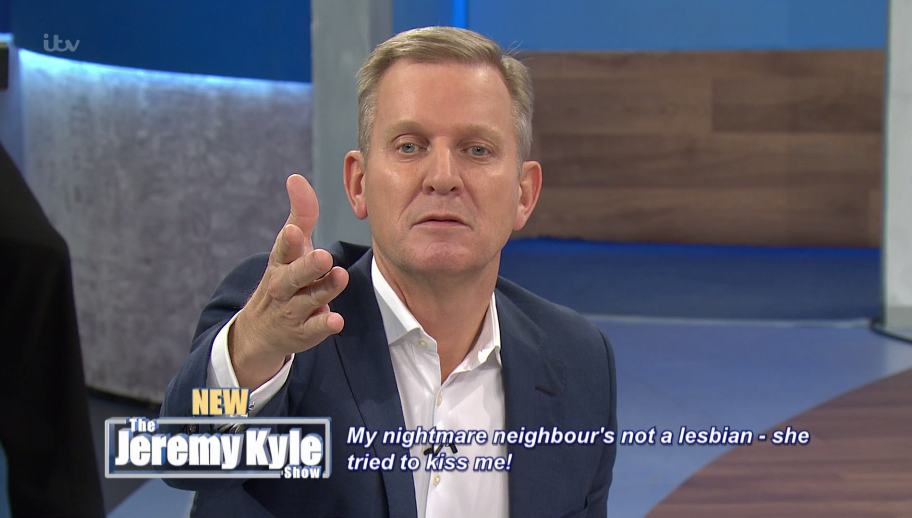 But losing his temper, Jeremy fumed: "Why don't you all go to work?"

Audience members and viewers were left in hysterics by the host's outbursts, with many taking to Twitter to share their views.

One amused viewer wrote: ""You should be at work" #jeremykyle"

While another said: "Well I guess you can just sleep in the day seeing as you don't go to work #JeremyKyle"

A third said: "That music blasting, and the dogs barking, over the 'guests' arguing is pretty funny tbf! #jeremykyle"

Following the outburst, Jordan's girlfriend joined him on stage, as the neighbours continued to rant at each other.

After the episode, the show gave fans an update on their situation, saying: "Since the show Jordan, Jody & Stacey have tried to avoid each other. They are all moving forward with their own lives."