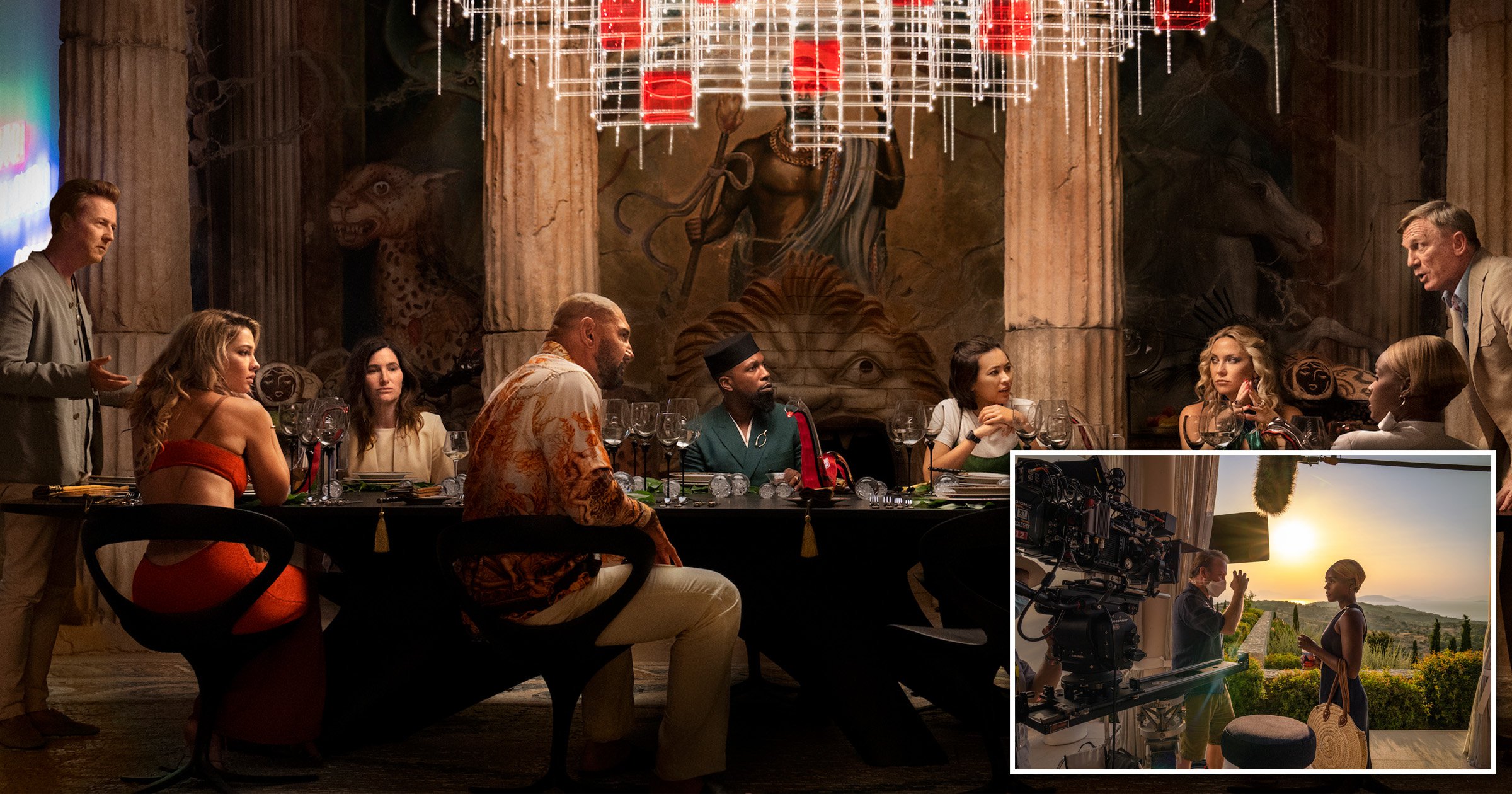 Netflix has teased another ‘killer’ party in the very first teaser pictures from Knives Out 2.

Daniel Craig was confirmed to be reprising his role as Detective Benoit Blanc in the sequel, named Glass Onion: A Knives Out Mystery, and will be getting to the bottom of yet another whodunnit.

However, the 54-year-old will be swapping a secret-filled Massachusetts mansion for a stunning compound in Greece, with another selection of murderous guests.

He will be joined by a star-studded cast, with Edward Norton, Janelle Monáe and Kate Hudson around the dinner table.

Kathryn Hahn, Leslie Odom Jr, Madelyn Cline, Jessica Henwick and Dave Bautista will also be getting on the action – but which of them is the killer?

We don’t have a long wait to find out, as Rian Johnson’s eagerly-anticipated sequel will be released in cinemas later this year.

The murder mystery flick is then slated to premiere on Netflix on December 23, just in time for our Christmas dinners.

Little else is known about the plot, with the official synopsis simply reading: ‘In the follow up to Rian Johnson’s Knives Out, Detective Benoit Blanc travels to Greece to peel back the layers of a mystery involving a new cast of colorful suspects.’

Rian shed some light on the upcoming release in a chat with Netflix Tudum, describing his approach to casting as though he was ‘throwing a dinner party’.

He also teased that viewers will ‘get to know’ Benoit a little better in Glass Onion, explaining that he was ‘the threat’ in Knives Out as there was a worry that he would catch Ana de Armas’ character, Marta, before we learned of the real killer’s identity.

‘So Blanc was always outside of the sphere of our protagonist and was a little bit more of an enigma in the first movie,’ he said.

‘Whereas, in this one, Blanc gets an invitation to come to this murder mystery on this island. We’re very much meeting these people and getting into this world through his eyes.’

However, if you’re hoping for an exact replica of Knives Out, you might want to think again as it will be a completely different feel than the murder mystery that we’ve watched on repeat since it came out in 2019.

‘There are absolutely some very clear inspirations that I took from it,’ Rian told the publication. ‘First of all, it’s structured around a group of friends, or frenemies, who all have a power dynamic with one of their successful friends.

‘It begins with him sending an invitation for them to come and play this murder mystery game at this exotic locale. In The Last of Sheila, it’s on his yacht, and everything ends up going horribly wrong. That is essentially how Glass Onion begins.’

Glass Onion: A Knives Out will be in cinemas before premiering on Netflix on December 23.