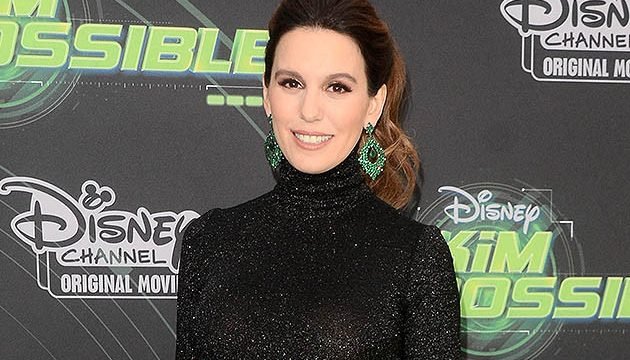 From 2000 to 2003, Christy Carlson Romano had a starring role on Even Stevens.

In an essay published Tuesday by Teen Vogue titled “Christy Carlson Romano: My Private Breakdown,” the actress said the image she projected as “pulled together” was far from the truth.

“I have never been perfect or pulled together as my reputation or the successes of my young adulthood might suggest,” Romano, 35, wrote.

“While many witnessed my costar Shia LaBeouf struggle publicly, I have largely suffered in silence,” she explained. “I am not a victim, but I have never been perfect or pulled together as my reputation or the successes of my young adulthood might suggest. During a period of time in my life, I grappled with depression, drinking and more, desperate to find fixes for how I felt.”

Romano began acting at a very young age, but said she yearned for a normal childhood.

“I started acting at six years old, a time when most kids are just going into elementary school and learning to socialize with their peers,” she wrote. “I learned phrases like triple threat while mastering singing, dancing, and acting lessons in an effort to be one. Until I landed my first main role on Even Stevens when I was 14 — which relocated me to Los Angeles, away from my family on the East Coast.”

Despite being famous, she said lacked real friendships and instead bonded with people she met on set.

After leaving Hollywood to pursue a college degree, she still struggled to fit in.

“Even Stevens ended the summer before my start at an Ivy League school that fall. I was thrilled to enter a new world and was suddenly surrounded by so many different types of people my age; not just child stars with momagers,” she wrote. “My heart broke when I realized that I was never going to experience the teen-movie happy ending.”

Romano tried going back to the theater, but she still struggled.

“Then I began to flirt with other methods of self-destruction,” she wrote. “I tried to scratch my skin with my fingernail because I was too scared to use a knife. I chickened out and honestly felt like I had failed some important race to win the trophy for ‘most tragic, beautiful girl.’”

She is now married with two young daughters and says she’s in a better space.

“All that matters now is my amazing family,” Romano said. “When I look back I can see that it’s all I ever wanted.”

She has a new YouTube series called Christy’s Kitchen Throwback, that premieres on June 27.