Vanessa Woodfield (played by Michelle Hardwick) left Emmerdale to stay with her mum while undergoing treatment for bowel cancer. The village vet was heartbroken when she discovered Charity Dingle (Emma Atkins) had cheated on her but will she decide it’s time to return to help Tracy Metcalfe (Amy Walsh) and Nate Robinson (Jurell Carter) manage first-time parenthood.

In upcoming ITV soap scenes, Cain Dingle (Jeff Hordley) asks Tracy and Nate to look after his two young boys while he goes away for the night with Moira Barton (Natalie J. Robb).

Nate’s apprehensive to be given such responsibility but Cain realises the night away can’t go ahead when he spots Tracy doubled over in pain in the village.

Speaking to Express.co.uk, Amy explained: “She’s had all of these little scares throughout the pregnancy.

“She was rushed to the hospital really early on thinking them something wrong when it turned out to be trap wind. She had that scare early on and felt really daft. 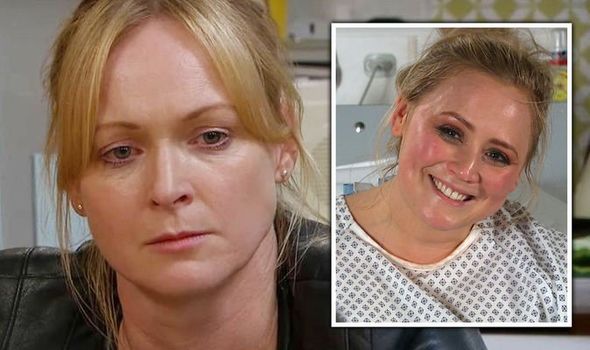 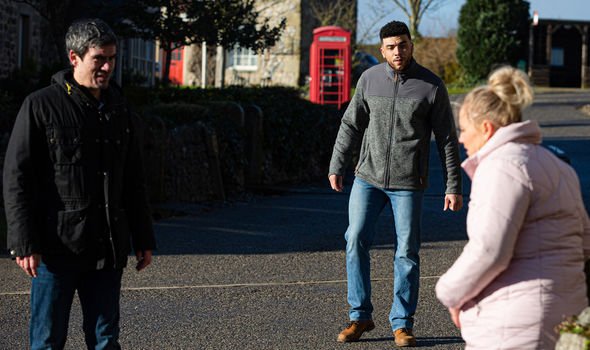 “Then she recently had Braxton Hicks so when she finally gets to the labour she doesn’t believe it’s the real deal and is really dismissive kind of really stoic.

“She’s too embarrassed to look weak in front of Chas [Dingle] (Lucy Pargeter) and Cain who finds her on the street doubled over in pain and she’s just fighting through it.

“She also had this episode with Cain freaking out about Nate not being able to be strong enough to be at the birth,” the actress continued.

“She starts her contractions at two in the morning but she just thinks it’s little twinges and ignores it.” 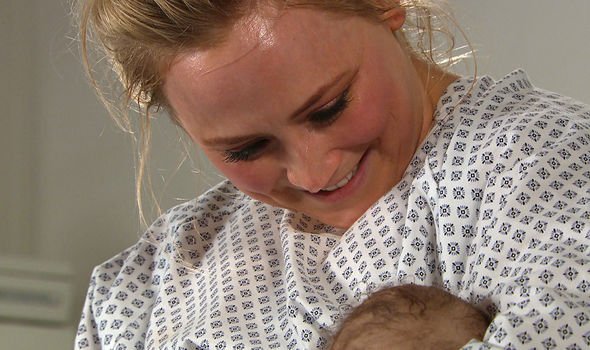 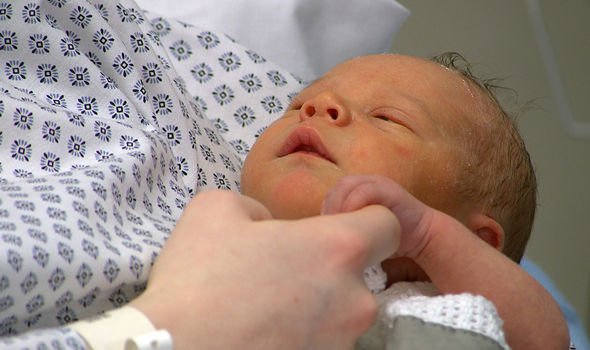 Chas tells Tracy it’s time to go to the hospital and Cain grabs Nate to take the couple there.

At the hospital, the midwife assures the mum-to-be her labour is progressing as it should but Nate feels overwhelmed and heads outside.

Nate’s surprised to see Cain waiting in the corridor but the father and son have a heartwarming conversation which spurs the farmer on to go back into the delivery room.

Tracy gives birth with no complications and Nate is overjoyed to hold his baby daughter in his arms.

However, the new mum may suddenly feel that Nate and the Dingles are not enough to stop her from feeling alone.

The actress continued: “For Tracy, I think with her having no one else around it’s affected her relationship [with Nate].

“As we’ve seen on screen recently her meltdown about Vanessa not being around and I think that has contributed to how close she’s got to Nate because he’s all she’s got at the moment.

“She’s alone in the village if she’s not got him so he’s a massive anchor for her.”

Tracy has struggled to cope with Vanessa’s absence and now could be the perfect time for the vet to return.

Vanessa will need the strength to face cheating ex Charity but the birth of her niece could give the vet the determination to return home.

Will she realise her sister needs her more than ever and return to help the couple settle into parenthood?

Meanwhile, in the same interview with Express.co.uk and other press, Nate star Jurell addressed Tracy’s loneliness.

He said: “From the moment Tracy goes into labour it just catches Nate by surprise, it catches everyone by surprise.

“As soon as he knows she’s going into labour he’s a deer in headlights. It’s a massive shock for him and he doesn’t know how to adapt and deal with this situation.

“Tracy hasn’t really got anyone in the village so I think Nate is her rock. He’s the type of character that never wants to look weak and vulnerable.

“So I think is a massive shock for him but as soon as obviously, she goes into labour he gets into action but I still think he’s not quite prepared.”