Paris: France’s intelligence chief signed an order to release top suspects in the 1994 Rwandan genocide, a previously classified diplomatic cable suggests, in apparently damning evidence of the country’s murky role in the massacres.

Rwanda has long accused France of backing or at the very least turning a blind eye to Hutu forces behind most of the violence in which 800,000 Tutsis and moderate Hutus were slaughtered, many with machetes, over 100 days.

Rwanda has also alleged that France facilitated the escape of some perpetrators – something Paris denies.

However, the diplomatic cable unearthed by a lawyer researching France’s conduct in the genocide suggests that Paris knew that suspects had sought refuge in a “humanitarian safe zone” controlled by French soldiers but deliberately let them go. 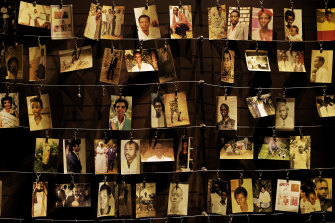 Family photographs of some of those who died hang on display in an exhibition at the Kigali Genocide Memorial centre in the capital Kigali, Rwanda. Credit:AP

It lay for 25 years in the archives of an adviser to François Mitterrand, the French president at the time, until unearthed by François Graner, a lawyer who works with the victims’ rights group Survie (Survival).

The telegram will cause intense embarrassment as it is signed by Bernard Émié, a foreign ministry adviser at the time who is today head of France’s DGSE foreign intelligence service. The soldiers had arrived in June 1994 as part of the UN-mandated Operation Turquoise to stop the massacres.

In the message dated July 15, 1994, Yannick Gerard, France’s envoy to Rwanda, writes to his superiors asking for “clear instructions” on how to proceed with genocide suspects, among them Théodore Sindikubwabo, interim president, during the April-to-July killings.

Ten days earlier, he had sent another wire saying he had “direct and matching” testimony that Sindikubwabo had personally and repeatedly called for the “total elimination of Tutsis” and that one minister had called for the massacre of “women and children”.

“We have no other choice… but to arrest them or place them immediately under house arrest to wait for international judicial authorities to decide their case,” Gerard advises in excerpts of the cable published by investigative website Mediapart. 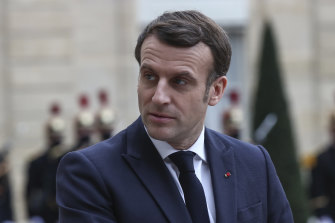 In response to Gerard’s message and for his eyes only, the French Foreign Ministry cable stipulates: “You can… use all indirect channels, especially your African contacts, without exposing yourself directly, to transmit to these authorities our wish that they leave the Humanitarian Safe Zone.”

“You will note in particular that the international community, and in particular the United Nations, will determine very soon how to proceed with these so-called authorities,” it goes on, referring to the former Hutu regime which had sought refuge in south-west Rwanda near the border with what was then Zaire.

Émié and Alain Juppé, foreign minister of the time, have declined to comment.

Graner finally won a five-year battle last June to gain access to the Mitterrand archives when France’s Council of State ruled that his request was “legitimate” in order to “shed light on the debate over an issue of public interest”.

France has always denied claims that it sided with the Hutu regime and failed to stop the bloodshed that followed the 1994 assassination of then-president Juvénal Habyarimana.

But in 2019, President Emmanuel Macron announced the creation of a panel of historians and researchers to look into the claims, granting them access to previously classified documents. The move was hailed by victims and survivors’ groups. It is due to report its findings this year.