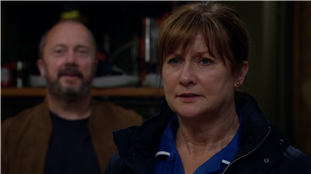 EMMERDALE fans are shocked after Wendy Posner revealed her secret – after ex-husband Russ forced her hand.

The midwife – who is played by actress Susan Cookson in the ITV soap – has been blackmailed by her ex over the secret. 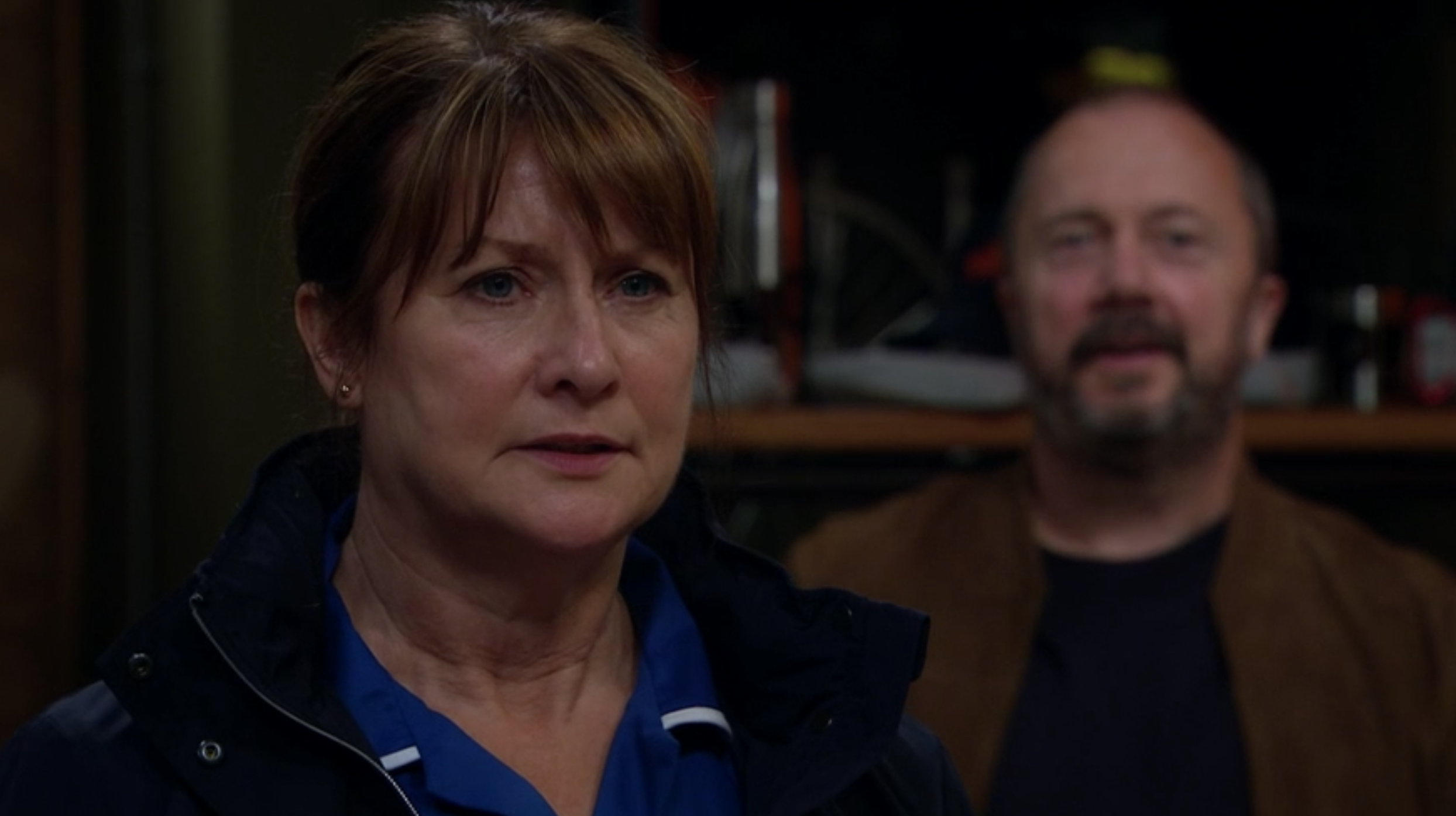 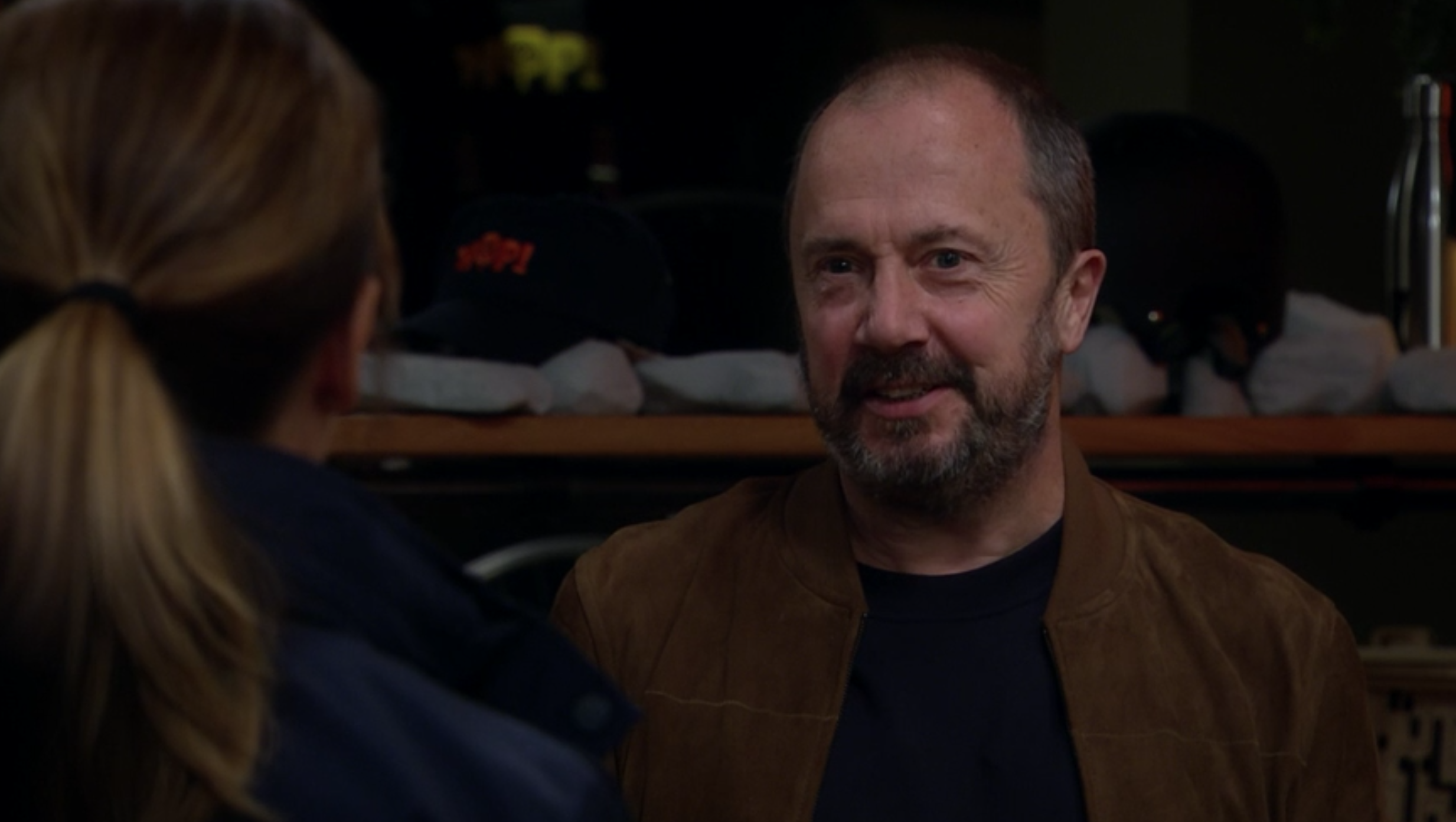 And tonight she finally revealed the truth – she never qualified as a nurse.

Wendy decided to come clean to stop Victoria from given Russ Harry’s inheritance.

Wendy told her: “First off you need to know there’s no house that’s going to be repossessed. I hate myself for going along with it – but he was going to blow my secret if I didn’t.”

However before Wendy could confess her secret, Russ turned up wanting to know why the money hadn’t been transferred to him yet.

Victoria lied to Russ and told him there was a problem with the bank.

But then he turned nasty and forced Wendy into confessing the secret he’s been blackmailing her over.

“I never qualified as a nurse,” Wendy said to a stunned Victoria.

Victoria said: “Wow. So you blackmailing her to rip me off – the mother of your grandson?”

She then threatened to call the police to force him to leave – but instead he pulled a gun out and held the two hostage.

Victoria tried to talk him down but she had no luck. He said: “I’m facing prison and you love can stop that happening.

“So let’s be very clear – no-one goes anywhere until I’ve got that money. You need to log in and transfer it over right now.”

However fans were still stunned at Wendy’s confession.

One wrote: "Ooh Wendy isn't a nurse. Wasn't that a massive surprise!"

A second said: "Victoria isn't just gonna let her walk around being a nurse, like surely its an offence to not be qualified as a nurse!"

Another added: "Never trust an #Emmerdale nurse – they will either kill you or aren't a nurse!"