Coronation Street viewers have been desperate to see Geoff Metcalfe (played by Ian Bartholomew) get the comeuppance he deserves after his wife Yasmeen Nazir (Shelley King) finally defended herself against the horrific abuse he had subjected her to for over a year. One person who struggled to see Geoff’s true colours was loyal son Tim but he eventually was exposed to his father’s abuse when he found video footage of Yasmeen being locked up – but now, the taxi driver will be in deep trouble when he himself attacks Geoff.

Whilst Yasmeen remains in prison, the rest of Weatherfield are desperately awaiting her release as Geoff remains able to roam free on the cobbles.

However, as tensions rise between Geoff and his growing list of enemies, it’s Tim who will end up in trouble in the episodes to come.

But as Geoff knows all the buttons to push with Tim, the latter ends up giving him a piece of his mind which he may come to regret. 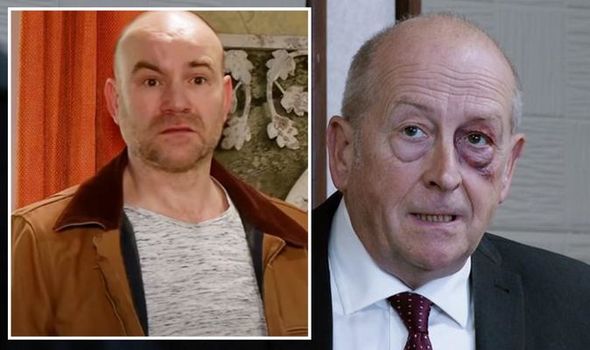 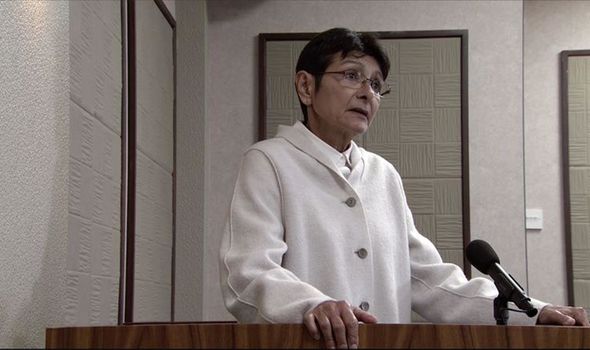 When the pair confront each other next week, Geoff taunts Tim and tells him he knew he’d never amount to anything, even as a child.

Unfortunately, Tim lets his emotions get the better of him and punches Geoff after the outburst.

Of course, Geoff remains one step ahead and gets a picture of his bloodied nose.

Yasmeen’s solicitor Imran (Charle Di Melo) and Alya are horrified to hear of Tim’s actions and issue him a warning. 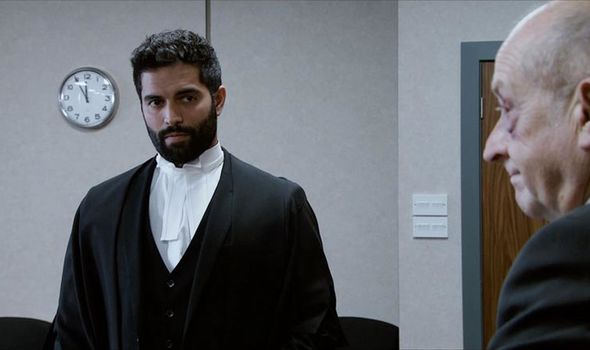 Due to his attack, he is no longer a credible witness when it comes to Yasmeen’s trial.

But could this lead to his arrest days before the all-important court hearing and rule him out of being a witness?

Later on, Tim takes a call from the police who tell him they’ve finally found Elain, however, she’s been admitted to a psychiatric hospital.

With Tim and Elaine’s job as witnesses in doubt, Alya is left worried as her gran’s defence team is weakening.

With Elaine and Tim finally able to speak openly about what Geoff has subjected them to, the former makes a horrible revelation.

She tells Tim she is sure Geoff has been spying on her at the hospital, leaving her terrified.

When the trial gets underway, Geoff plays to the jury and paints a false picture of events.

He tells them how Yasmeen lunged at him with the broken bottle in a vicious and nasty attack.

However, it seems as though Tim could be the one to help turn the tables in a last-minute intervention.

He pleads for Elaine to reconsider her decision not to testify as she may well be Yasmeen’s only chance of freedom.

Later on, Imran cross-examines Geoff who is forced to make some huge admissions – his first wife may not be dead and Elaine could be Tim’s mother.

But as Geoff’s tangled web of lies finally starts to unravel, will he get the ending he deserves and get put in prison?

Coronation Street airs Mondays,  Wednesdays and Fridays at 7:30pm and 8:30pm on ITV.