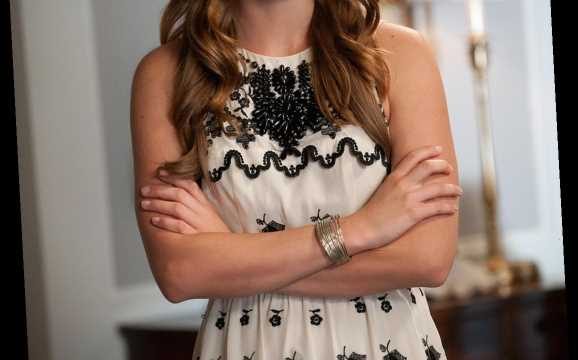 Despite Christa B. Allen being left off the initial guest list, the organizer of the upcoming Revenge virtual reunion says she will "absolutely" be invited.

Speaking with E! News, Winklepicker Entertainment founder Mark Wright said that the event "could only accommodate four of the cast members because of tech limitations" at first, but they "ended up joining with a new platform" recently.

"So we're going to be able to expand the event," Wright explained. "Now, we're looking to include the other cast members, if they're available. I'm inviting them all this week."

Allen — who played Charlotte on all four seasons of the ABC drama, from 2011 to 2015 — previously shared a post on Instagram revealing that she'd been omitted from the Feb. 6 reunion, set to include Nick Wechsler, Barry Sloane, Emily VanCamp and Josh Bowman.

"Of course I would've loved to be there with you all, but as per usual I was not invited," the actress, 29, wrote following the reunion news.  "If the entry fee for this reunion is a bit much during these tough times, feel free to come hang out with me on TikTok live the same time, same day for free."

She also claimed that she has been the subject of "bullying" when someone wrote in the comments, "Maybe that attitude is the reason why you weren't invited 🤷🏻‍♀️"

"If standing up to bullying is wrong, I don't want to be right," Allen replied to the comment.

Reps for Allen, Wechsler, 42, Sloane, 39, VanCamp, 34, and Bowman, 32, did not immediately respond to PEOPLE's request for comment.

Allen additionally received a slew of supportive comments from her famous friends and a handful of other Revenge cast members. Costar Ashley Madekwe replied to her Instagram post, "I love this image of us. Feels like yesterday that we were shooting this 💖."

"You're such a smart woman. I'll have to get a Tik Tok just to watch you live.😘😘😘😘," added Madeleine Stowe, who played Allen's mother on Revenge.

The 13 Going on 30 actress first spoke out about the reunion when Wechsler announced the details earlier this month.

"Looking forward to hanging (VIRTUALLY, dear Christ) with some of my @Revenge buds on February 6th. Join us! A portion of the proceeds will go to @StJude. @EmilyVanCamp @BarrySloane #JoshBowman," he wrote on Twitter.

Meghan Markle Shuts Down Samantha Markle: "You Don't Know Me"