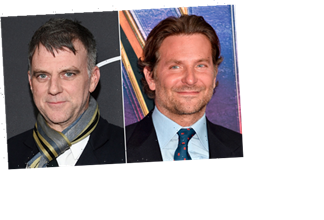 Bradley Cooper is the first A-list actor to be in serious contention for Paul Thomas Anderson’s new film, described as a coming-of-age drama set in the San Fernando Valley during the 1970s. The Hollywood Reporter confirms Cooper is in talks to join the project in an unspecified role. Anderson is teaming up with MGM for the film after initially developing the untitled drama at Focus Features, which released “Phantom Thread” in 2017. IndieWire has reached out to MGM for further comment.

Production on Anderson’s new film was set to take place this spring and summer, until the pandemic delayed filming indefinitely. The script is reportedly about a high school student in the San Fernando Valley who is also a child actor. Anderson is a Valley native and has set three previous features in his hometown: “Boogie Nights,” “Magnolia,” and “Punch-Drunk Love.” The new film is rumored to combine the 1970s Valley setting of “Boogie Nights” with the multinarrative structure of “Magnolia.” THR reports Anderson is now eyeing a fall 2020 production start should it be safe to get cameras rolling.

Casting rumors broke in April 2019 when Anderson was courting Leonardo DiCaprio to star in his new project. Cooper’s expected role in Anderson’s film has not been revealed. Cooper also has to finish production on Guillermo del Toro’s “Nightmare Alley” in the fall. Del Toro told IndieWire last month he was almost halfway done with filming when the pandemic shut down the “Nightmare Alley” set in March. Cooper is playing the lead role in del Toro’s film opposite a cast that includes Cate Blanchett, Rooney Mara, Ron Perlman, Richard Jenkins, and Willem Dafoe.

In addition to del Toro’s “Nightmare Alley,” Cooper is also developing a Leonard Bernstein biographical drama for Netflix. The movie is set to be Cooper’s directorial follow-up to “A Star Is Born.” Todd Phillips, Martin Scorsese, and Steven Spielberg are producing the project, in which Cooper will also star as Bernstein. Cooper was last onscreen in a leading role with “A Star Is Born,” which earned him an Oscar nomination for Best Actor. Cooper is expected to wrap production on “Nightmare Alley” before heading to film Anderson’s least feature.