Alan Carr updates fans after he injured himself

Alan Carr welcomed a host of celebrities to the special instalment of the ITV gameshow where they played a revived version of Strike It Lucky. The famous faces taking part included Laurence Llewelyn-Bowen, Good Morning Britain’s Richard Arnold and Ranvir Singh and Emmerdale’s Kelvin Fletcher. However, many viewers hit out over the show’s format and called for Strike It Lucky’s original host Michael Barrymore to return.

Strike It Lucky sees three pairs of contestants trying to navigate their way along rows of television screens by answering questions correctly.

The winners of the programme would donate a whopping £20,000 to their chosen charity.

Michael hosted the game show in the 1990s for a total of seven seasons.

Alan’s version of Strike it Lucky divided viewers, with many taking to Twitter to say they missed Michael. 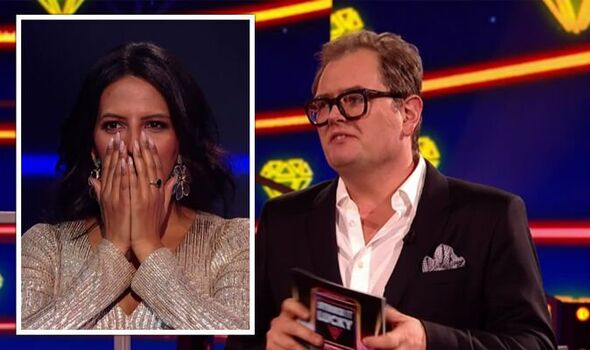 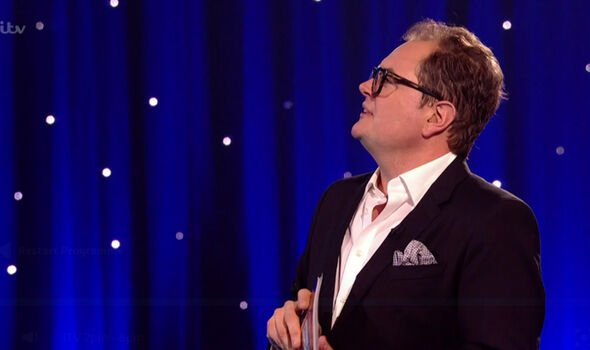 @In2townmagazine said: “Alan Carr has ruined the memories of Play Your Cards Right fans and now he has ruined @MrBarrymore
Strike it Lucky, what the hell is ITV doing?

“Don’t they read the reviews, no one is impressed. Get Barrymore back on TV for Strike it Lucky.” (sic)

Shaun fumed: “This is an insult to Michael Barrymore.”

Lucy penned: “#strikeitlucky, should only ever be done with @MrBarrymore, end of.” 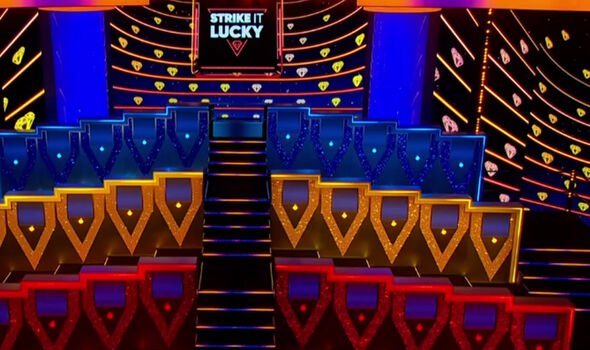 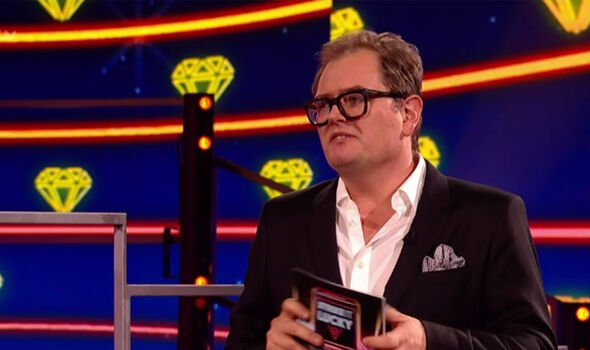 @BigHitsTV1 commented: “Someone tell Alan Carr you are supposed to say ‘what is a hot spot not’ and the audience shouts back ‘a good spot’. When a contestant hits a hot spot!”

Despite the backlash, other viewers praised the instalment on their social media accounts.

Some ITV fans believed the crowd did not shout back at Alan because the “audience sounds were canned” and not interactive.

@Brekkie, who was enjoying the instalment, tweeted: “#StrikeItLucky [is] by far the best of the #EpicGameshow formats – just suits Alan Carr more than any other.”

Donna Winterburn exclaimed: “Love #epicgameshow.  My son and I met @LlewelynBowen a few weeks ago at a different gameshow. Funny man.”

Laurence and Kelvin were soon kicked out of the gameshow, leaving Ranvir and Richard in the final.

“I feel a bit sick,” Ranvir admitted as she was through to the final round.

To win the £20,000 jackpot, the Good Morning Britain stars had to choose a screen with an arrow on it.

Richard shared a clip from the show in view of his Twitter followers with a link to the charity.

Alan Carr’s Epic Gameshow first aired in May 2020 and it is now in its third season.

The show features reworked versions of past ITV game shows such as Bullseye and The Price is Right.