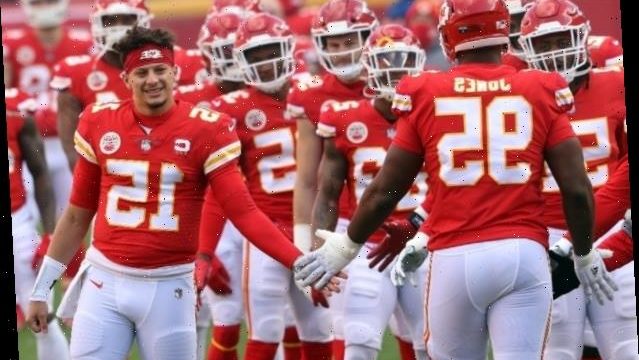 No “MNF” doubleheader in ’21, while NBC will have to compete with itself on Super Sunday

The NFL made official on Monday what had been long expected: The regular season will now run 18 weeks with each team playing 17 games.

The news comes just weeks after the NFL agreed to a massive, 11-year media rights extension with all of its current partners (with some key changes) that begins in 2023. But how NFL fans will watch their favorite sport on TV will start to look different beginning this fall.

“This is a monumental moment in NFL history,” NFL Commissioner Roger Goodell said. “The CBA with the players and the recently completed media agreements provide the foundation for us to enhance the quality of the NFL experience for our fans. And one of the benefits of each team playing 17 regular-season games is the ability for us to continue to grow our game around the world.”

Here are three key takeaways as fans sit through the next five months:

As part of Monday’s announcement, ESPN said it would air a “Monday Night Football” game in Week 17, with two games on Saturday during Week 18 to be simulcast on ABC and ESPN. Though it’s not 100% decided yet, an individual with knowledge of ESPN’s inventory told TheWrap that the network will have the same number of “MNF” games, just spread over an extra week. When TheWrap asked how ESPN plans to do that, the individual said it would be “logical” that ESPN would take one of its two Week 1 games the network airs as part of its opening week doubleheader and move it to Week 17.

The doubleheader could be scrapped for 2022 as well, though ABC does get its own “Monday Night Football” broadcast in 2022 as part of ESPN’s “bridge deal” for that season.

2. New TV deals were done with the extended regular season in mind

Part of the reason the NFL was able to command north of $100 billion in its new rights deals? All sides were negotiating with the knowledge that the regular season would be 18 weeks long. The regular season extension, which comes one season after the expanded playoffs, was baked into the new Collective Bargaining Agreement that was reached last year.

None of the rights holders, nor the NFL, responded to TheWrap’s request for comment on how the financials will work for the next two seasons until the new deals kick in. However, one individual with knowledge told TheWrap, “I doubt they gave it to us for free.”

The addition of an 18th week of the regular season pushes the playoffs and Super Bowl back a week. That means that Super Bowl LVI from Los Angeles will kick off on February 13, 2022. In the process, the NFL messed with NBC’s plans.

Two years ago, NBC swapped its spot in the Super Bowl rotation with CBS. NBC was initially scheduled to broadcast Super Bowl LV, which was played last month, but traded with CBS for Super Bowl LVI next February. The reason? NBC wanted to align its Super Bowl coverage with the Beijing Winter Olympics, which is set to run Feb. 4-20, 2022. But that was with the idea that the Super Bowl would be played on Feb. 6, serving as a massive promotional vehicle for the Games.

The Super Bowl will now air smack in the middle of the Beijing Winter Olympics and will see NBC competing with itself that night.