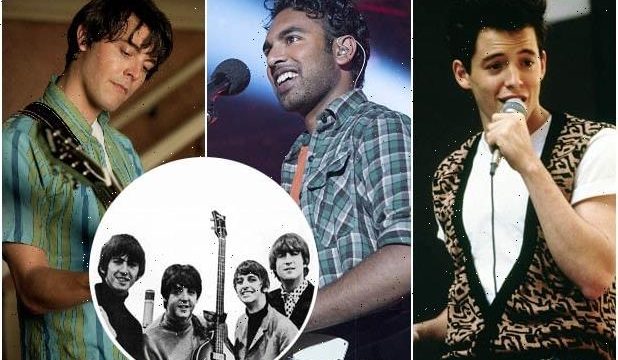 ”The Royal Tenenbaums,“ ”The Social Network“ and ”Withnail & I“ have all made use of classics by the Fab Four 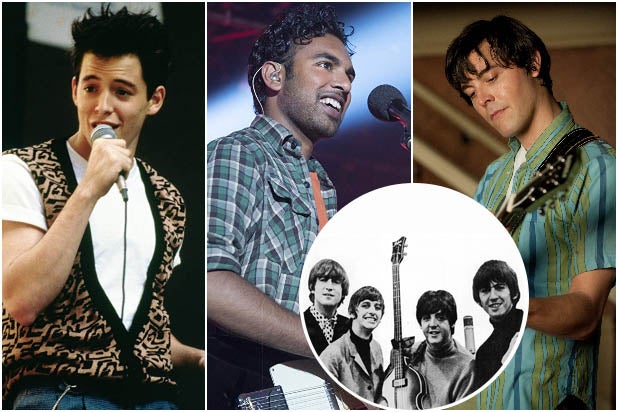 The new movie “Yesterday” imagines what it would be like if no one had ever heard of The Beatles, and as one woman says in the film, “the world is a worse place without The Beatles music in it.” But several great films would also be worse off without the songs of the Fab Four. That said, Beatles songs are expensive, and only so many films have managed to hit that perfect note. And to make this list manageable, we’re excluding movies that exclusively use Beatles songs like “Across the Universe,” “I Am Sam” as well as The Beatles own movies “A Hard Day’s Night,” “Help!” and “Yellow Submarine.”

In this wistful moment in Sergio Leone’s sprawling epic “Once Upon a Time in America,” Robert De Niro plays a gangster leaving New York to the sound of an old fashioned, Ennio Morricone score, only to return years later as a now worn old man. As he steps back into 1960s New York to look back on the memories of his former life, Morricone’s score blends into a rendition of “Yesterday” that is as forlorn as the movie itself.

As a little kid growing up in the suburbs of Chicago not long after this movie was released, I may or may not have tried to impersonate Ferris Bueller’s lip syncing to The Beatles version of “Twist and Shout,” furiously stomping my feet in unison to the “shake it, shake it, shake it, baby now!” bit at the end. It’s a movie moment and song so fun that it inspires the entire city to spontaneously get up and dance or even cartwheel through the air.

It helps when George Harrison is actually an executive producer on your movie, but the pin drop of Eric Clapton’s guitar solo makes for a beautifully surreal and exciting moment in “Withnail & I,” Bruce Robinson’s autobiographical and alcohol soaked odyssey and cult classic.

It’s just a quick verse, but Tom Cruise and Dustin Hoffman sharing the Beatles song “I Saw Her Standing There” comes at an emotional turning point in Barry Levinson’s film, when Charlie Babbitt finally realizes it was his brother Raymond he remembered singing to him as a child.

During this pummeling scene from Robert De Niro’s gangster story “A Bronx Tale,” “Come Together” plays over the top of what starts as a fairly fun and rambunctious fight scene. “Now youse guys can’t leave,” Chazz Palminteri’s mobster character Sonny says to a biker gang as he locks them in his bar. After one fighter smashes into the jukebox, the song changes and the heavy violence of the scene sinks in.

The Beatles came after the 1950s sitcom period that “Pleasantville” is set in, but Fiona Apple’s lush and delicately strummed cover of “Across the Universe” feels timeless and wonderfully fits the film’s transformation back into full technicolor.

There are a few Beatles songs that adorn the soundtrack for Sam Mendes’s “American Beauty,” but Elliott Smith’s ethereal cover of “Because” perfectly captures the tragic, suburban malaise of the movie as the song plays over the film’s end credits.

The Mutato Muzika Orchestra did up this lovely, twinkling, instrumental version of “Hey Jude” that captures the miniature, picturesque quality of the prologue to Wes Anderson’s family dysfunction comedy “The Royal Tenenbaums.” But the smaller in scope orchestration doesn’t change the sweeping, inspiring quality of the melody, which fits Anderson’s tone beautifully.

Love or hate Michael Moore, he’s an expert at mashing up the right pop culture imagery with his montage of news oddities for maximum, propaganda-like effect. This moment from “Bowling for Columbine” couldn’t be more on the nose, queued up and fired off right as one of his gun-rights advocates says “There’s a lot of whackos out there.”

How many couples have attempted their own version of this classic rom-com moment for their own weddings?

“How does it feel to be one of the beautiful people, now that you know who you are,” John Lennon sings on “Baby You’re a Rich Man.” It’s a biting, cynical line as David Fincher slowly brings it in before the credits of his millennial masterpiece “The Social Network,” with Mark Zuckerberg endlessly refreshing his Facebook page to see if his ex-girlfriend will accept his friend request.

“The Sopranos” creator David Chase said that with “Not Fade Away” he wanted to make “a biopic about nobody,” a film that encapsulated the ambitious people you never heard of and that heard the life-changing music of The Beatles and were changed forever, even if their circumstances ultimately didn’t. “What is that?” the film’s lead plainly says when he hears “I Want to Hold Your Hand” for the first time. Other films have used the Beatles’ Ed Sullivan show appearance and given the scene a lot more fanfare, but for Chase, that revelation has a far different feeling.

One of the best moments in “Yesterday” comes as the film’s protagonist Jack Malik is launching his album to the world with a special rooftop concert. But as he’s overwhelmed with stress and pressure from his family, his label and the woman he loves, he takes to the stage and plays a roaring, punk version of John Lennon’s “Help.” As the song closes, Jack screams “help me” in agony, punctuating Lennon’s mournful lyrics on an otherwise upbeat pop-rock song.