Ilana Pena made a show in a pandemic. Not just a show, but a show featuring a good number of children. In our current landscape, the combination sounds like a recipe for disaster, but the gamble has paid off with another season of the charming family comedy “Diary of a Future President.” The Disney+ series has made some changes in Season 2, most notably transitioning the grown Elena Canero-Reed (Gina Rodriguez) away from the White House and more into becoming the young Elena’s (Tess Romero) inner voice.

The decision, which could seem like an attempt to get away from the politics of an already fraught year, actually crafts a different narrative Pena and crew hope will inspire children. “This isn’t a show about a president; it’s a show about a teenage girl,” Pena said during an interview with IndieWire. “So how do we break into her world instead of the other way around?”

Pena said she understood audiences didn’t necessarily want to live at the White House with a grown Elena. Instead, it’s more important to show how Elena becomes President in the midst of being a young woman.

“There’s another version of this show [where] Elena knows she wants to be a president and hangs up a giant chart in her room and it’s like, ‘These are the steps I need to do to become president,’ said Pena. “That’s not a show that I’m interested in, personally, because it’s really rare that you know exactly what you want to do when you’re younger.”

Thinking of what young audiences want to watch is at the center of not just the series, but the writers’ room. A key storyline this season involves Elena’s older brother, Bobby (Charlie Bushnell) exploring his sexuality. With several queer writers already working on the series, the team wanted to do something that was respectful and authentic to their character.

Entering into a second season always creates pressure for a creator, but that’s intensified considering the current landscape for Latinos on television. With the loss of shows like “One Day At a Time” and “Vida,” as well as the conclusion of “Queen of the South,” it’s hard to find a show that has a predominately Latino cast, let alone one starring a Latina.

“I can’t be the only example of representation,” Pena said. “I’m so proud to represent my community, but also I’m a white Latina; I have my specific story to tell.” 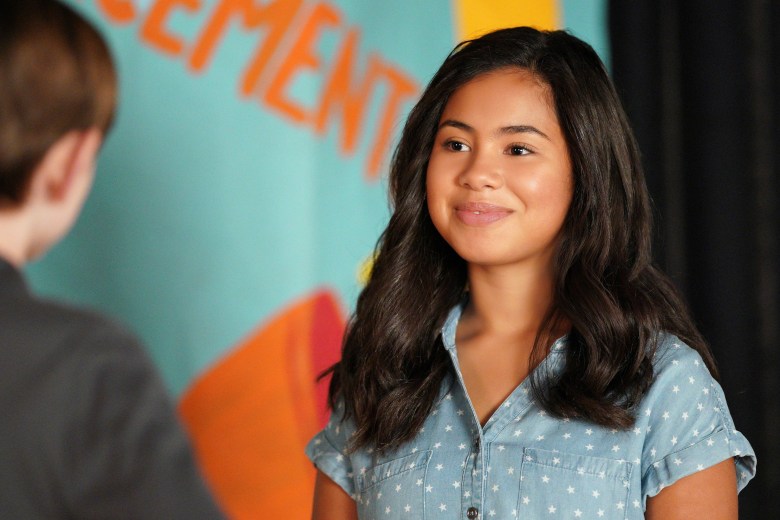 “Diary of a Future President”

Pena hopes that the success of her series inspires other Latinx creators to tell their stories, but there’s another side to that. “Every time [a show] comes out, it doesn’t necessarily have to be ‘This is a Latinx show.’ It could just be a show with Latinx people,” she said. The director said it’s bizarre to her that Latinos are not dominating in series as much as they should, especially as they’re such a large portion of the population. Because of the lack of shows, there’s an inherent fear of having to represent everyone and this program’s success or failure being reflective of the community.

“I also feel the pressure to have it be successful,” Pena said. “So that gatekeepers don’t point to it and be like, ‘Well, “Diary” didn’t work.’” Pena cites “One Day At a Time” as a prime example of a television show breaking barriers for Latinos that failed to gain the support and opportunity to thrive. “I wish that we didn’t have to have such hard proof in order for representation to happen,” she said.

That being said, Pena is a big fan of mentoring the next generation of creatives. Two of the show’s staff writers were formerly assistants who received promotions, and Pena is supervising one of them on a separate project of theirs.

That sense of mentorship is also extending to the young cast, many of whom are seeing diversity in action first-hand. Pena said it’s not surprising that her stars see their voice being valued because that’s the environment being cultivated.

During the shooting of Episode 4, the crew was trying to figure out the composition of a scene. It was Romero, the young lead of the series, who chimed in with a suggestion that the episode ended up using. “It was emotional,” said Pena. “It wasn’t even a thing for her to speak up. It wasn’t this big, pressure-filled moment. Every single day she sees me speaking up; she sees our female line producer; she sees Gina.”

To have a 14-year-old girl feel empowered on a series and voice her opinions, for Pena, means everything.