THIS is the brilliantly embarrassing moment Sky Sports presenter David Garrido panics after realising he's been caught doing his hair on live TV.

The sports news anchorman was completely oblivious to the rolling cameras as he sorted out his fringe. 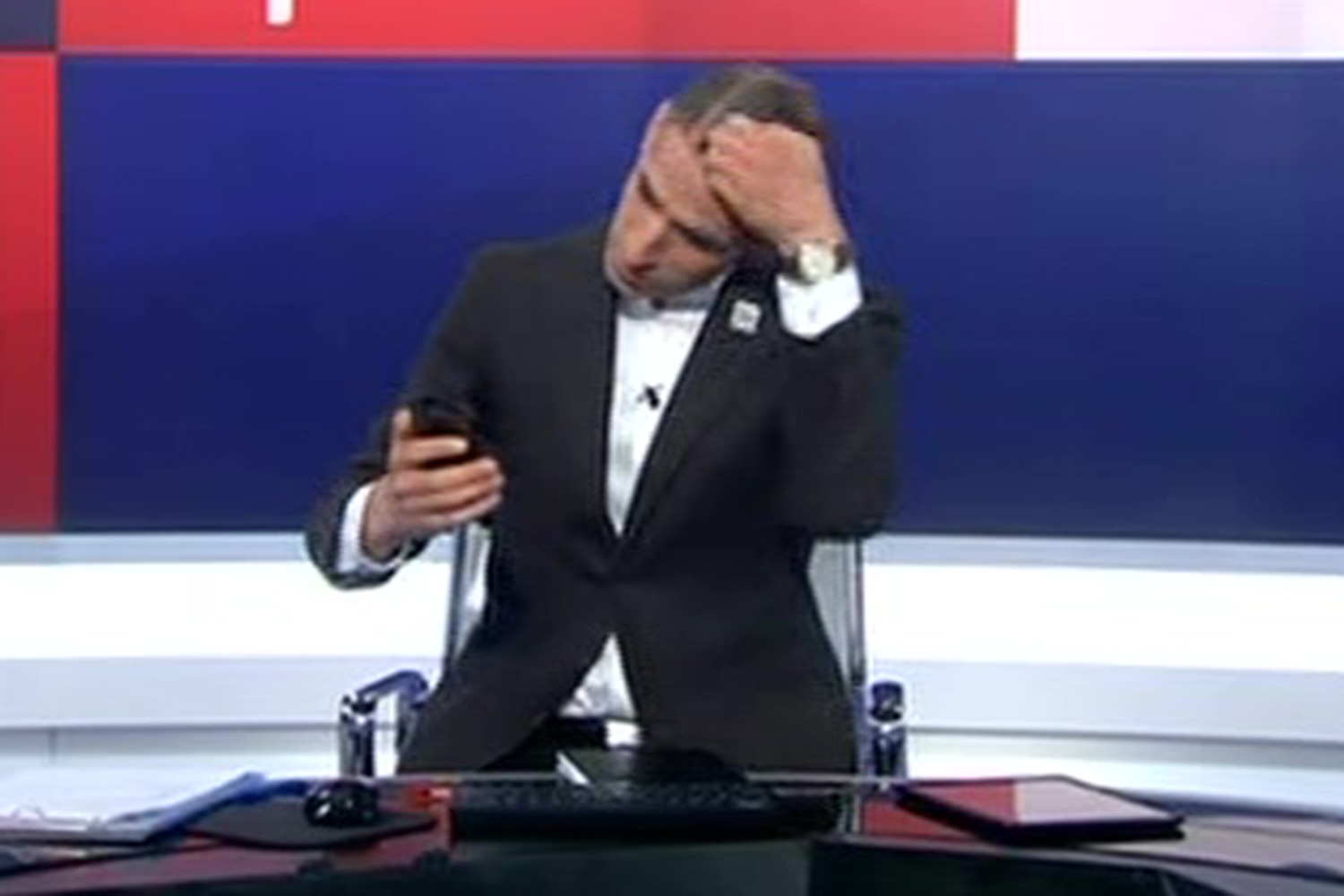 And when he did spot them he dropped his phone in fright before trying to compose himself.

It was a rare slip for Garrido, who has been described as a "news-breaking, documentary-making, globe-trotting, transfer-talking and multi-lingual" presenter.

He has more than 15 years' experience in front of the cameras and used to do some work on Match of the Day.

And a load of users took delight in his mishap.

One tweeted: "Luckily he dropped his phone really quickly so nobody noticed."

Another said: "Have you ever seen someone brick it more than this?"

While another wrote: "Bloke s*** himself."

Some social media users did claim Garrido was taking part in a bit of an inside joke and that it was planned.

But we prefer not to believe that.