MANCHESTER UNITED fans are convinced Edinson Cavani dished the dirt on former side Paris Saint-Germain to Axel Tuanzebe prior to Tuesday's clash.

The Red Devils beat Les Parisiens 2-1 at Parc des Princes as they kicked off their Champions League campaign with a hard-fought victory. 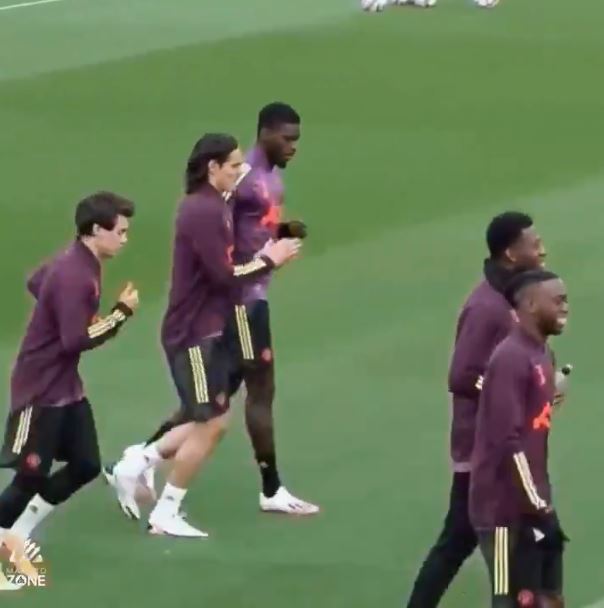 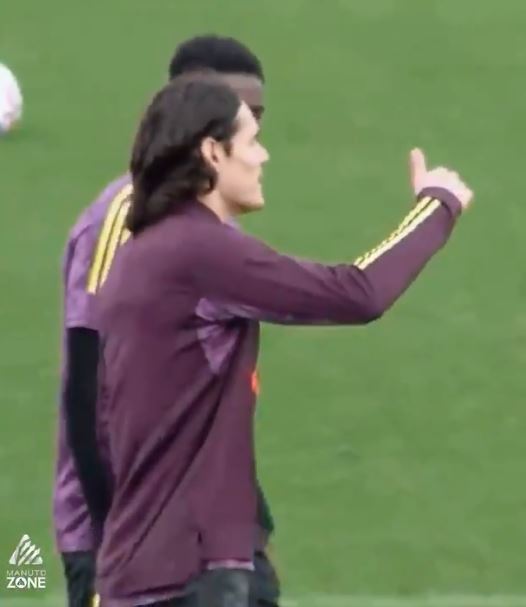 And Tuanzebe was a standout performer for Ole Gunnar Solskjaer's side as he starred in his first game of the season.

The DR Congo-born England youth international, 22, won all his aerial battles and made a game-high seven clearances.

A clip of Cavani speaking to Tuanzebe in training has went viral, with supporters joking he leaked information about his former employers.

The duo were presumably speaking in French with Cavani spending seven years in Paris, while the language is one of three Tuanzebe can speak.

Another messaged: "Experience is always important in games like this, he couldn't play but did well to let others know."

A third added: "I think Cavani is giving Axel tips here on how Neymar and Mbappe will come at him and didn’t the boy listen well."

One simply stated: "Cavani already worth the 10 million agent fees that we had to pay." 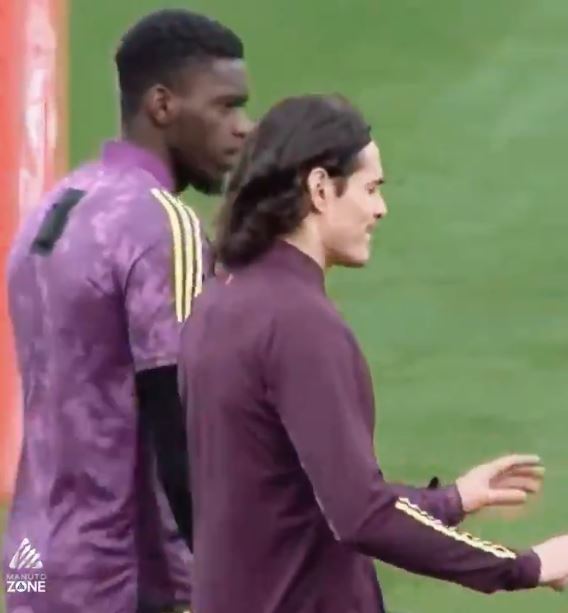 Meanwhile one quipped: "Cavani hasn't even been on the pitch one second and he's already done more for us than Sanchez did in 2 seasons."

Tuanzebe's team-mates were quick to praise the youngster after his dazzling display, as Marcus Rashford said: "I know Axel from a very very young age.

"He’s an unbelievable defender, and for me he has no problem stepping in even though he’s been out for a long time."

David De Gea then raved: "He has been unbelievable today.

"He played against two of the best players in the world in Neymar and Mbappe so he did really, really well. I am really happy for him."