TYSON FURY's has successfully ticked off one name from his sensational five-fight 'bucket list'.

The 33-year-old WBC champ missed out on his planned summer showdown with Anthony Joshua after a US judge forced into a trilogy fight with Deontay Wilder. 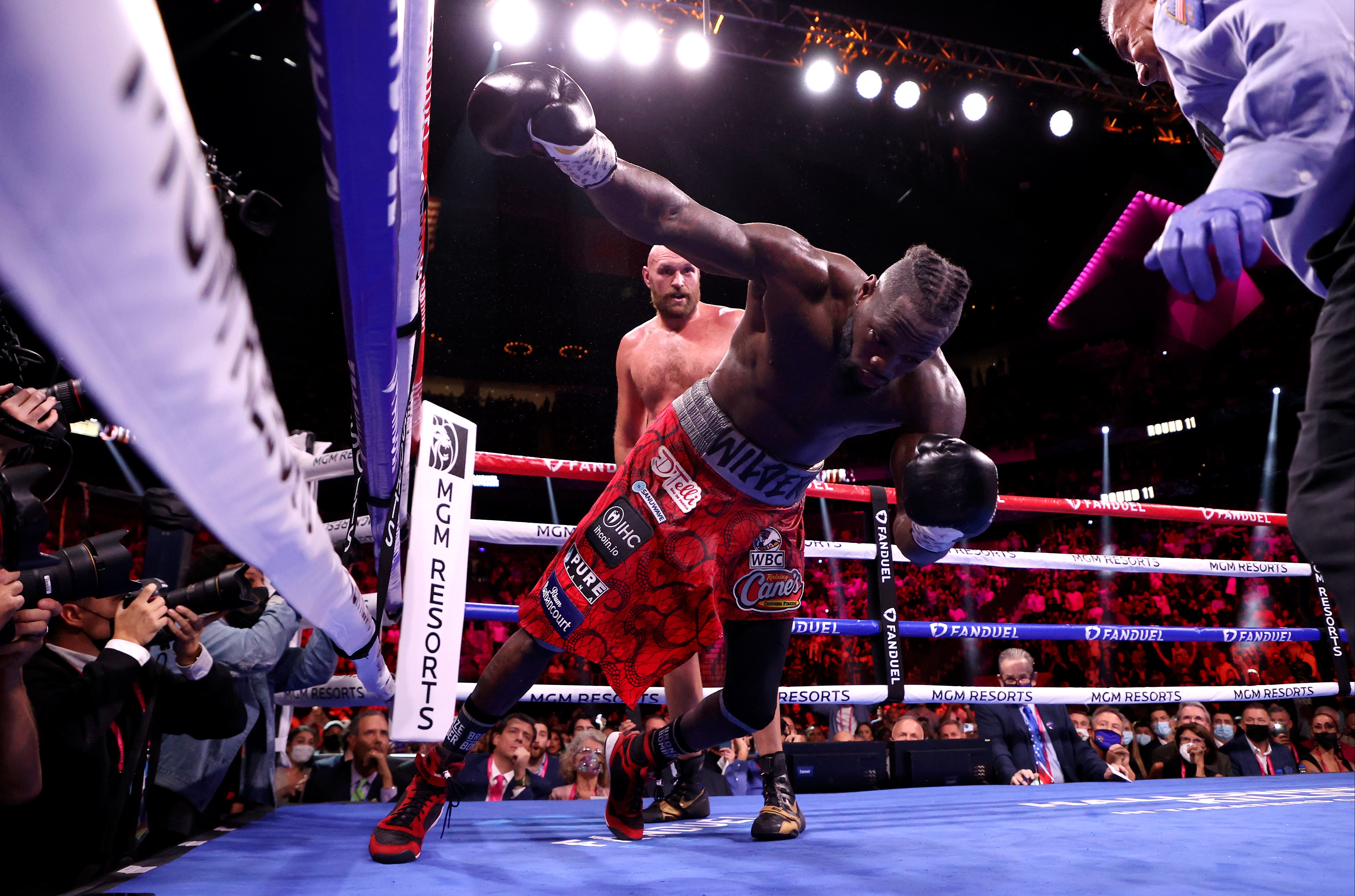 And the 6ft 9in Gypsy King battered the Bronze Bomber in that trilogy bout – leaving just Dillian Whyte, AJ twice and Derek Chisora on his list.

Fury safely checked off the challenge of Wilder – despite twice being floored in the fourth round.

He dropped the American in the third and the tenth, before finally finishing the job in round eleven in brutal fashion.

Fury outlined his five-fight plan before retirement earlier this year, starting with Wilder.

Next up, according to the plan, would be Dillian Whyte in the UK in December, followed by a 2022 double-header against AJ in Saudi Arabia and Wembley.

Fury then wanted to sign off with a third clash with close friend Chisora.

He said: “I have a bucket list and my next five fights in mind.

“I am going to have a December fight after this, because Joshua won’t happen then, it’ll happen in March.

“It’s Wilder on October 9 – Dillian Whyte in December in a UK stadium where I will shut him up once and for all.

“Then Joshua in March in Saudi Arabia and then a rematch back here in Wembley.

“Then I will fight Chisora in my fifth and final fight.”

Fury seems destined to tick off the 2nd name on his list, with Whyte set to be names his mandatory challenger, and finally land his overdue shot at a world title, should he beat Otto Wallin later this month.

But AJ's shock loss against Oleksandr Usyk in September has thrown Fury's plans beyind that into serious doubt.

Joshua is set to take on the Ukrainian in a rematch, meaning a potential all-British battle for the ages against Fury is delayed.

That bout is likely to take place in March 2022 – the same month Fury was hoping to fight AJ.

And if Joshua loses to Usyk for a second time Fury could instead eye a mouthwatering unification bout against the Ukrainian.

Body Snatcher Whyte, 33, has been ranked as the WBC’s No1 challenger since the 2018.

But the Fury vs Wilder rivalry, and the Covid-19 pandemic that delayed this upcoming third instalment, have robbed him of his shot.

Despite simmering bad blood between the pair, Fury insists he will face the Brixton ace but warns him not to try to be greedy at the negotiation table.

“It’s been a long time since I boxed here and I want to do a stadium fight,” Fury said.

“Let’s hope Whyte does not start asking for silly money that doesn’t exist because he will lose the fight."