Skateboarders are used to taking some hard falls during competition, but a camera operator at the Tokyo Olympics also discovered how tough the sport can be.

Australian Kieran Woolley was finishing his first run in the heats of the park competition, which is making its Olympic debut in Tokyo, when he crashed into a TV cameraman covering the event.

Woolley was riding a rail at the top of the bowl when he collided with the operator from the Olympic Broadcasting Services, and sent him sprawling on his back.

The bizarre incident was obviously caught on camera and a replay showed Woolley’s helmet running into the camera lens.

But both the Olympian and the cameraman were unharmed in the crash, and gave each other the thumbs up before sharing a fist bump.

And it did not impact 17-year-old Woolley’s score as he managed an 82.69 to take the lead in the third preliminary heat.

Woolley will get to battle for a medal in the first ever Olympic final of the event. 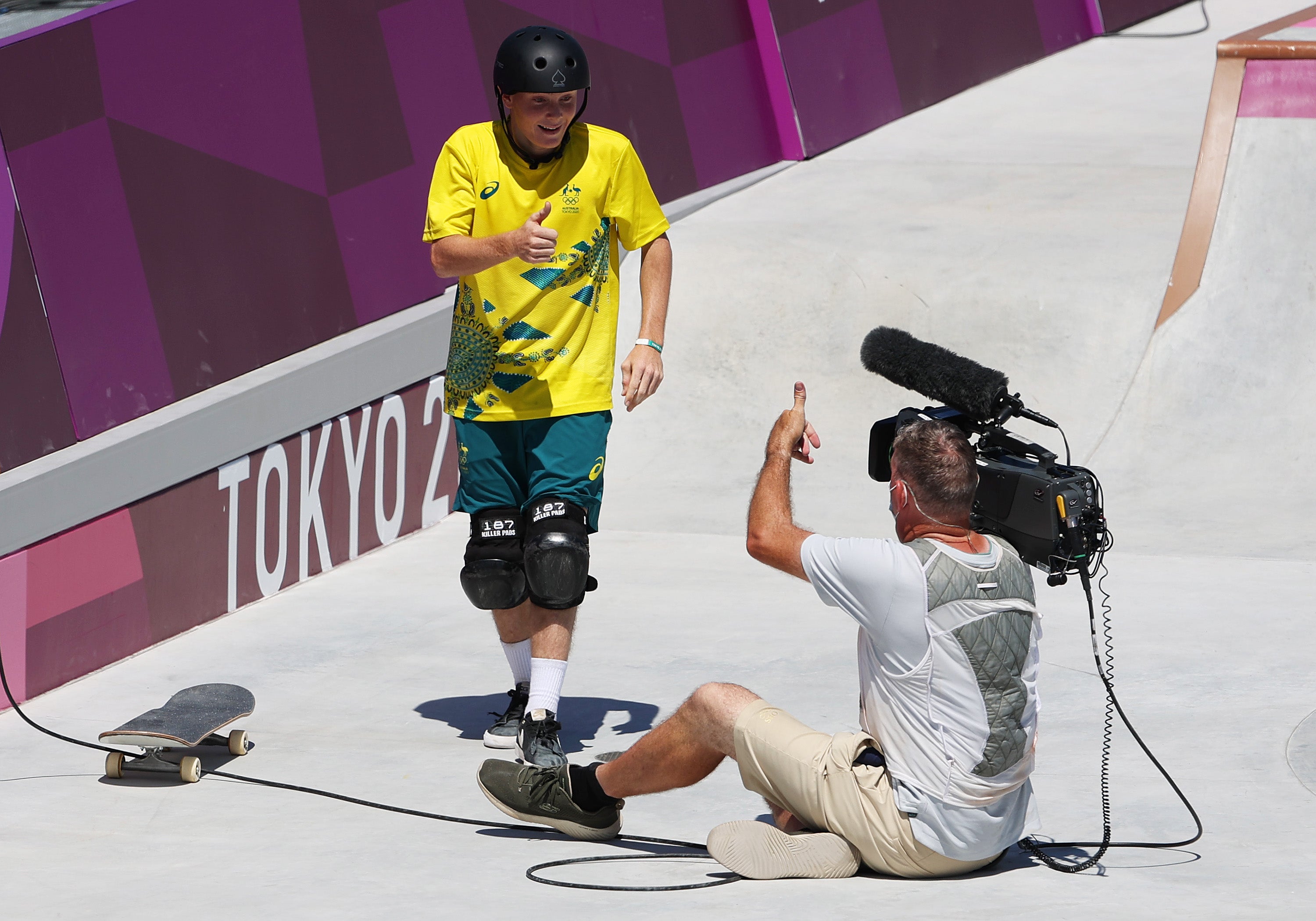 But there was no joy for Japan’s Ayumu Hirano, who fell in qualifying and will not get a chance to add to his two snowboarding Olympic medals. 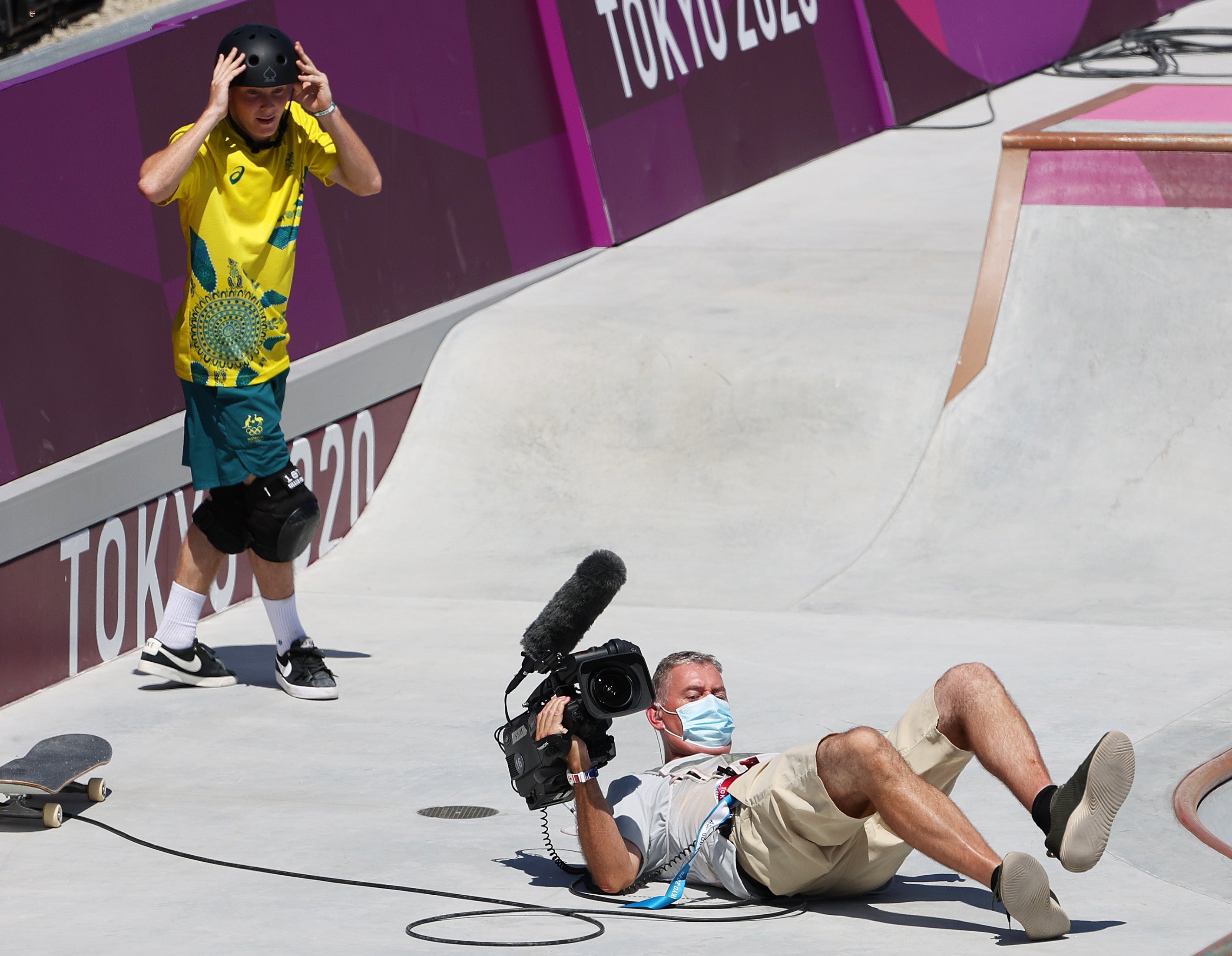