SAGE NORTHCUTT suffered a stunning 29 second defeat on his anticipated ONE Championship debut.

The American sweetheart was sent crashing to the canvas after a brace of right hooks from Brazilian kickboxer Cosmo Alexandre left the blonde karate expert in a world of trouble. 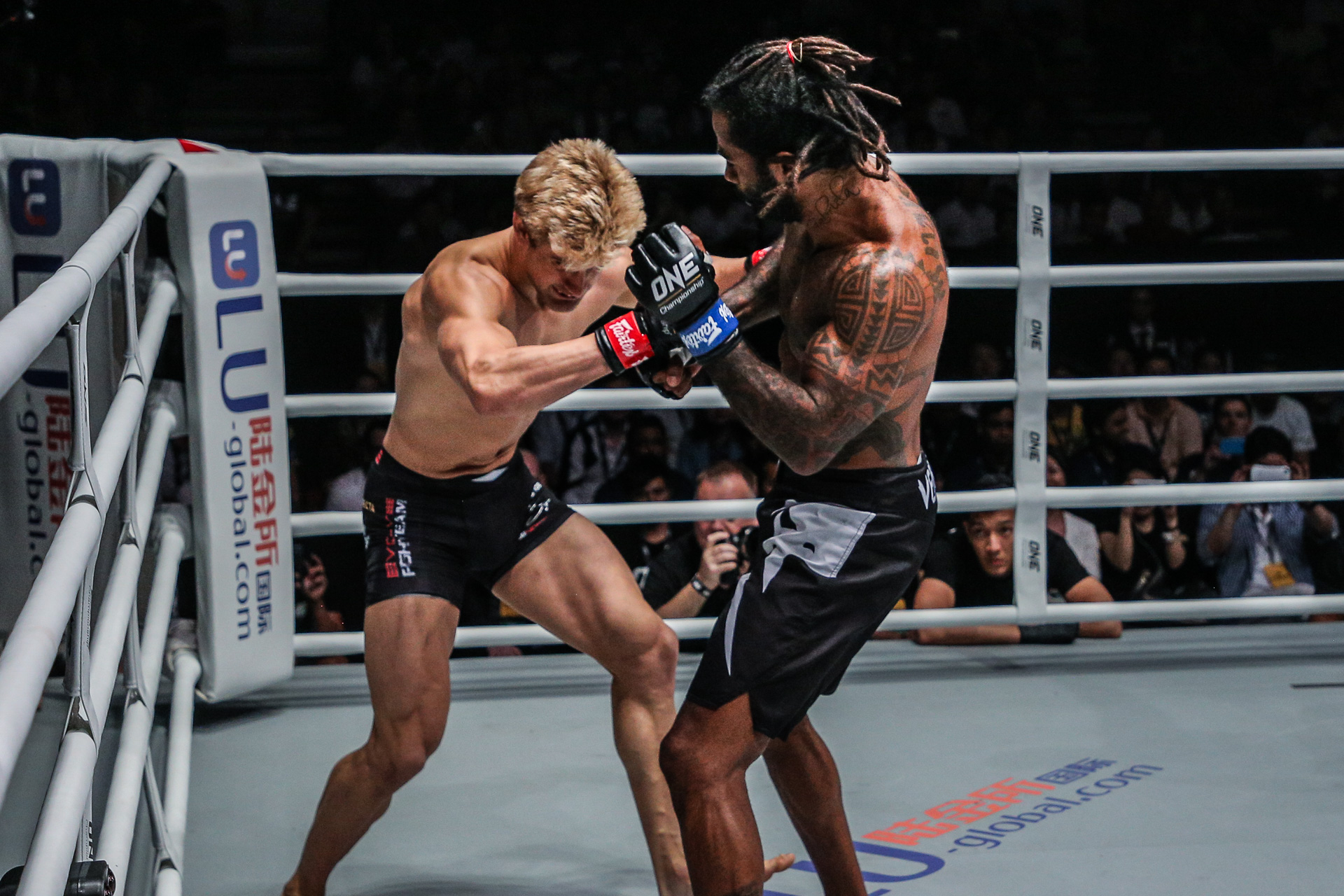 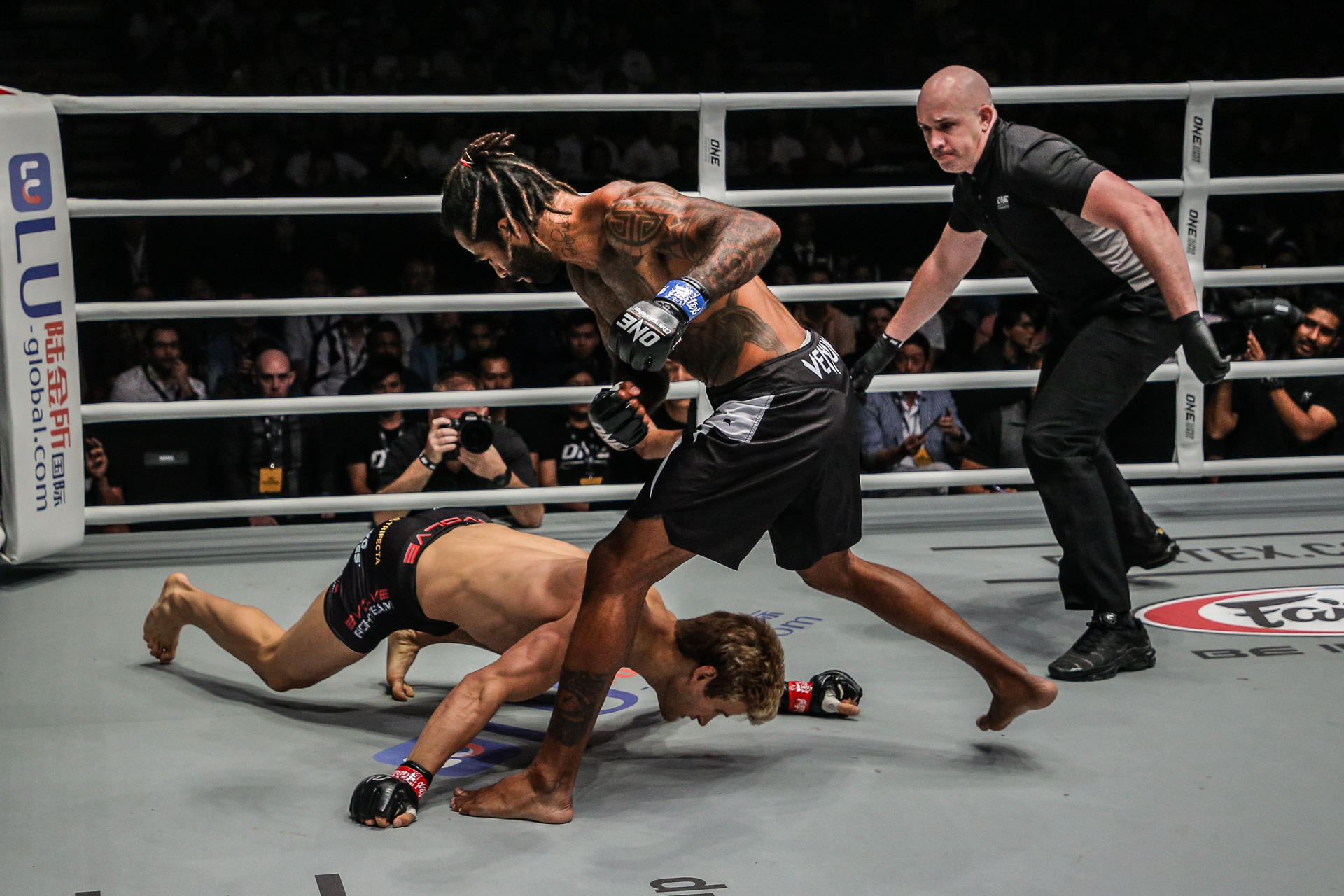 As the second right hand speared through the chin of “Super Sage” the 23-year-old was left flattened on the deck with the fight waved off.

An ecstatic Alexandre celebrated on his knees as the Indoor Singapore Stadium was left stunned.

After leaving the those watching on in shock, Alexandre insisted he was not moved with the result and even looked forward to gaining some of Northcutt's 1M Instagram followers.

Alexandre said: "Who has he fought? He's like a pretty boy, American dream and you know how it works in the US.

"He's sells the fight, nice hair, blah, blah, blah – almost one million followers on Instagram – maybe I can get some of those followers.

"I know he's a fast guy, I don't know if he's strong as the fight was short but he's fast and does different things that are kind of dangerous in the fight.

"For him it was just a fight for me to win."

Northcutt signed for ONE Championship in February after leaving the UFC joining Demtrious Johnson and Eddie Alvarez.

Johnson made a successful debut in Tokyo, Japan beating Yuya Wakamatsu in April – though on the undercard former Conor McGregor opponent Alvarez also suffered a first round KO defeat. 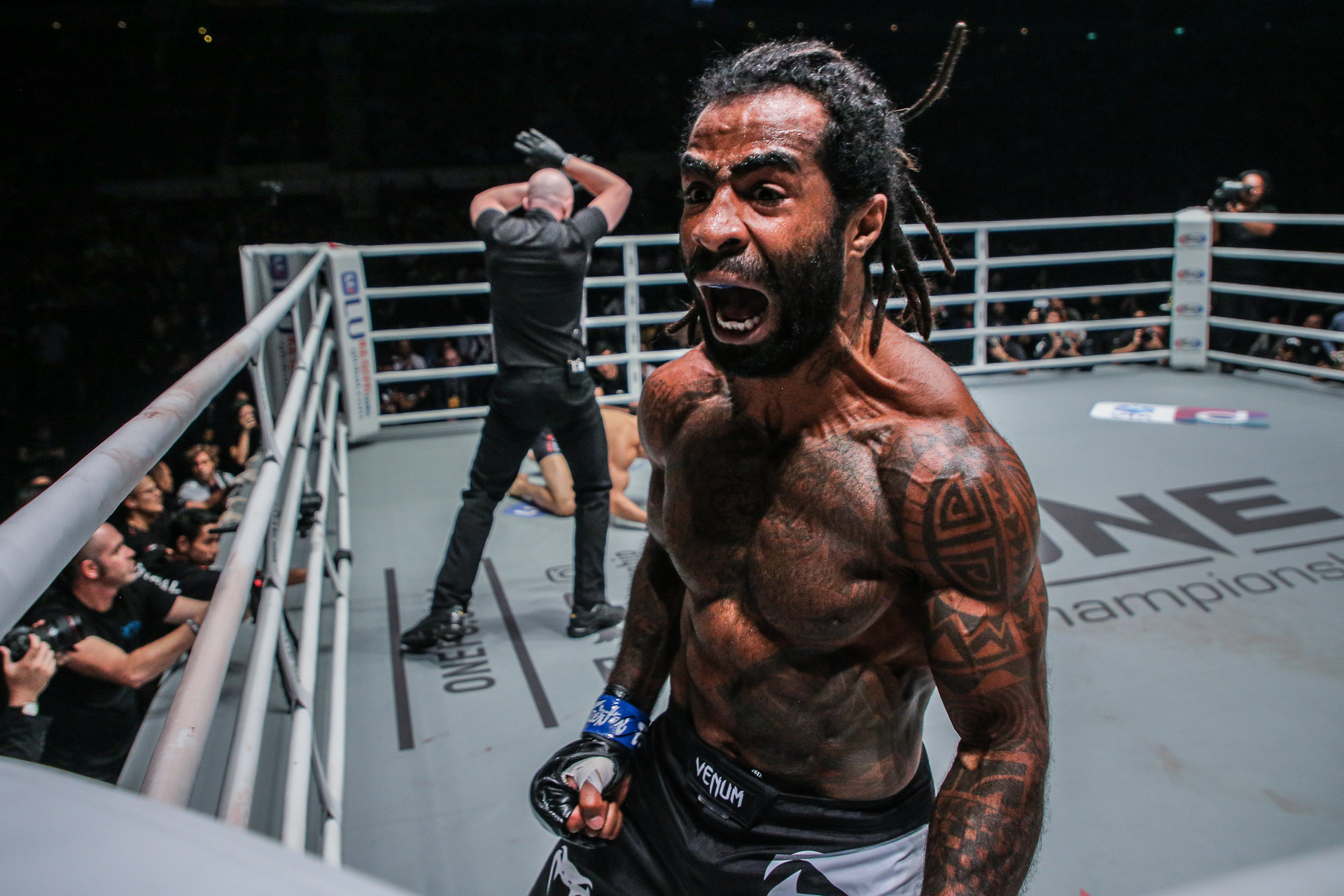 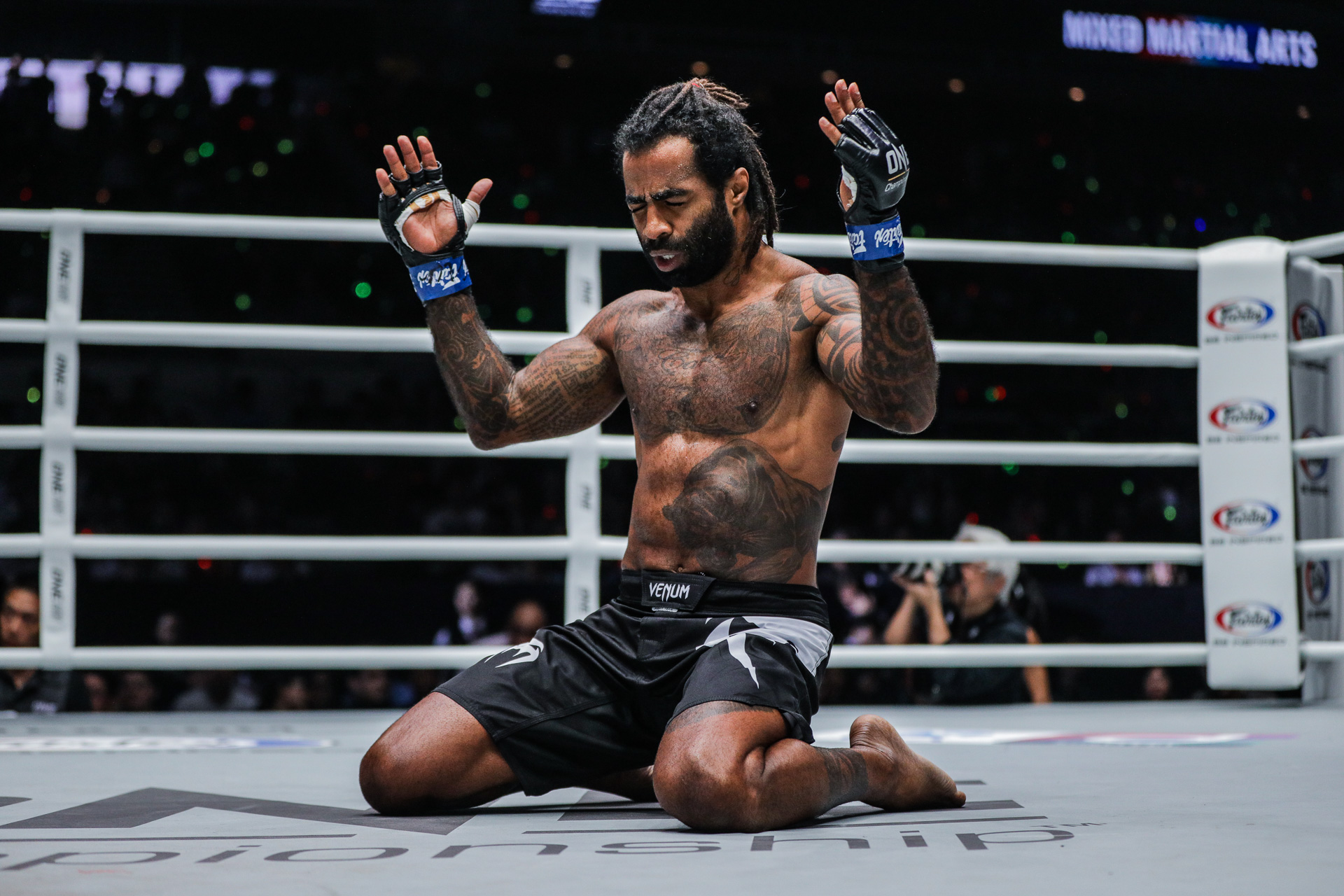