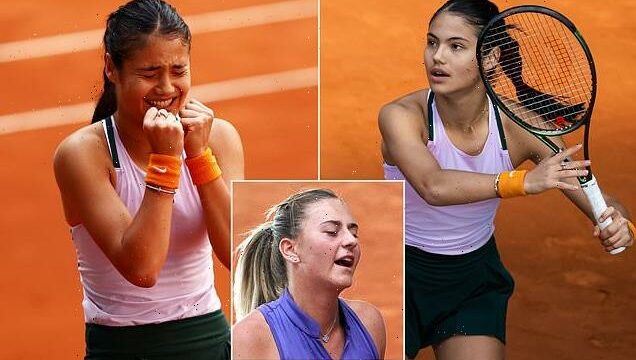 ‘I’m just vibing out here!’: Emma Raducanu drops just three games as she storms into Madrid Open third round with crushing win over Marta Kostyuk to continue impressive form after shock split from her coach

Emma Raducanu produced her best performance since the US Open to surge past Marta Kostyuk and into the third round of the Madrid Open.

Having managed back-to-back victories at an event just once in the seven months following her New York triumph, Raducanu has now done it twice in as many weeks.

A fortunate draw helped in Stuttgart before she produced a very creditable performance in defeat by world No 1 Iga Swiatek in the quarter-finals. 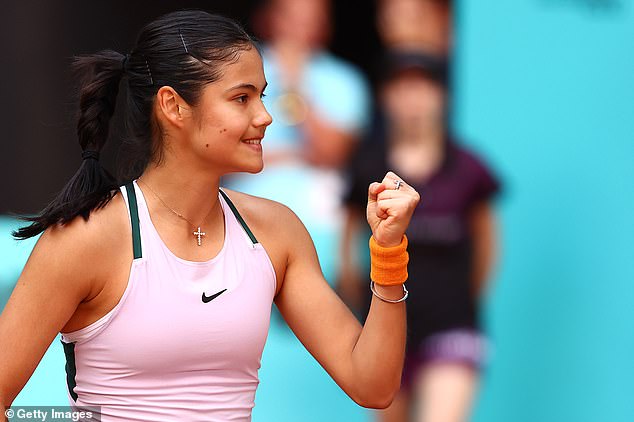 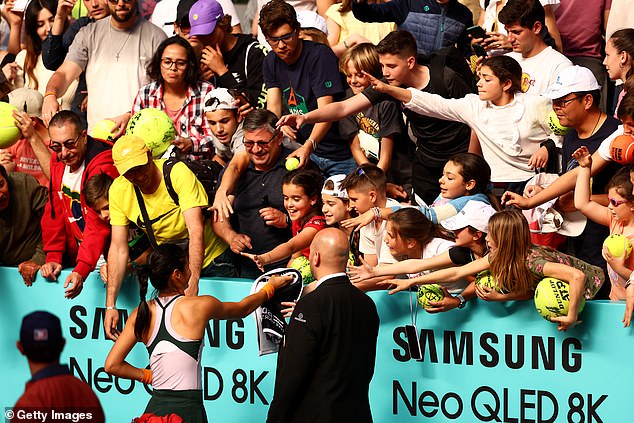 The 19-year-old has built on that in the Spanish capital, winning 11 of the last 12 games to see off Tereza Martincova in the opening round after a poor start and then racing to a 6-2 6-1 success against fellow teenager Kostyuk.

‘I’m definitely very happy with my performance today,’ she said after the win. ‘Marta is a great opponent, we played several times in the juniors and then once last year.

‘I knew it was always going to be a really tough battle so I went out there trying to be really aggressive and it definitely paid off.’

‘I’ve got nothing to lose, every additional match is a total bonus. I’m just vibing out here to be honest!’ 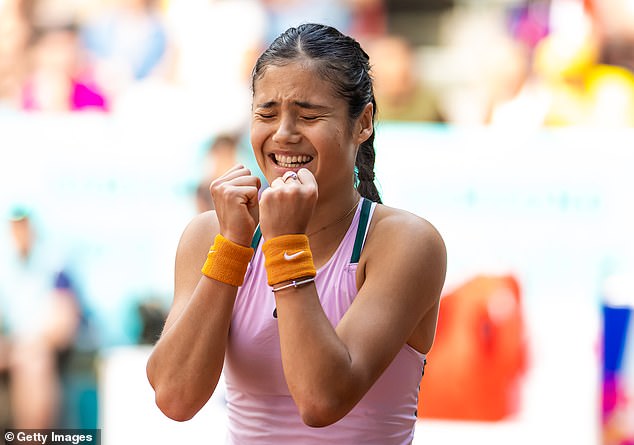 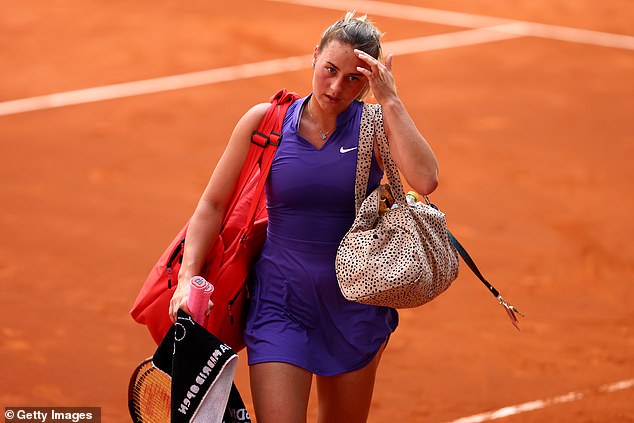 Raducanu’s burst of form comes following a shock split from her coach Torben Beltz and an unorthodox call that she doesn’t need a conventional coach.

Asked if she would be worried about heading into the forthcoming Grand Slams without a coach she responded: ‘To be honest, no, I am very comfortable with how I am training right now.

‘I feel like I don’t really need a conventional, this title, ‘Emma Raducanu’s coach’. I feel like growing up, I have always been very responsive to the situation and it has not always been straightforward. I am not necessarily stressing or panicking to find a new coach. 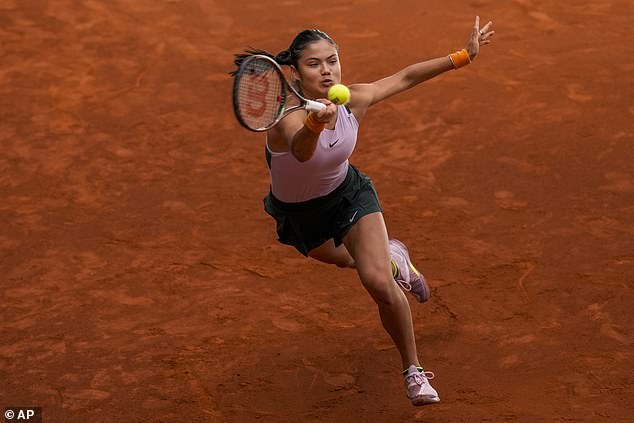 ‘From a young age, I haven’t necessarily always had a coach and when I was training alone growing up, I had to learn to be my own coach. I feel something that I am pretty good at is actually understanding the game, studying it. ‘A lot of the time I feel that I like know the answers. Of course a coach’s experience is very valuable at certain times but the majority of the time I feel that I already know the answer to the question I am asking.’

She has admitted she will seek outside influences, aside from Beltz, and in recent weeks these have included Italian Riccardo Piatti.

Raducanu’s victory ensures a rare hat-trick of GB wins on clay in Madrid on Sunday following earlier victories from Dan Evans who defeated Federico Delbonis 6-3 6-4, as well as Jack Draper in his impressive 6-4 6-3 triumph over Lorenzo Sonego.