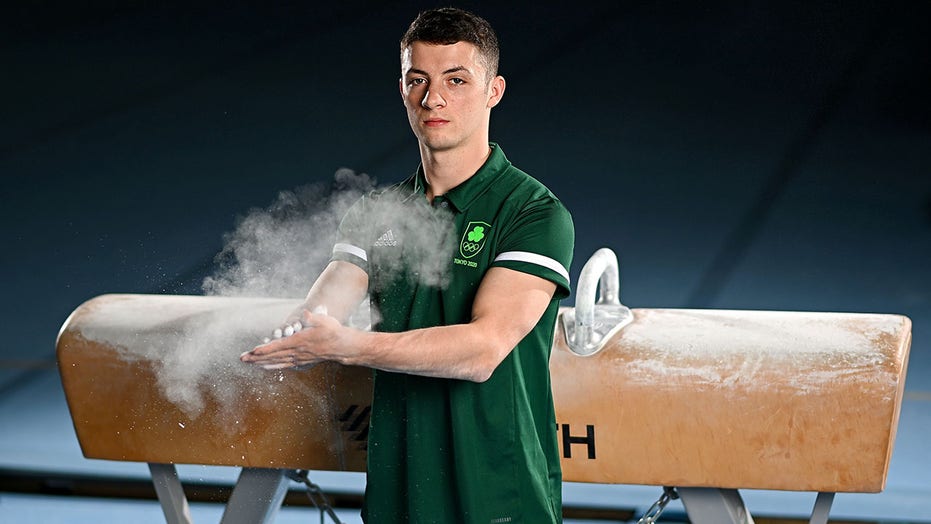 Rhys McClenaghan, who will be representing Ireland on the pommel horse during the Olympics, sought to debunk rumors of anti-sex beds in athletes’ rooms during the Games.

McClenaghan, 21, posted a video of himself in his room at the Olympic Village on Saturday and jumped on the bed to prove it isn’t going to break with any sudden movements.

American runner Paul Chelimo tweeted about the so-called anti-sex beds in the Olympic Village on Friday.

“Beds to be installed in Tokyo Olympic Village will be made of cardboard, this is aimed at avoiding intimacy among athletes,” he wrote. “Beds will be able to withstand the weight of a single person to avoid situations beyond sports. I see no problem for distance runners, even 4 of us can do.”

According to Dezeen magazine, officials set up about 18,000 cardboard beds. The 100% recyclable beds were made by the Japanese company Airweave.

But from the looks of McClenaghan’s video, any athlete who is planning on participating in some extracurricular activities might be able to do so without the threat of their bed falling apart.

Officials are planning to hand out some 150,000 condoms at the Games but for awareness purposes only. According to Reuters, athletes have been warned against mingling with each other in hopes of curbing the spread of the coronavirus.

“The distribution of condoms is not for use at the athlete’s village, but to have athletes take them back to their home countries to raise awareness” of HIV and AIDS issues, a Tokyo 2020 official told Reuters.