TAMMY ABRAHAM ended the longest wait in football to score a goal for his club and secure a little place in history.

The striker, 21, has been at Chelsea for 13 years and been sent on loan to three different clubs before finally getting a chance to prove himself at Stamford Bridge. 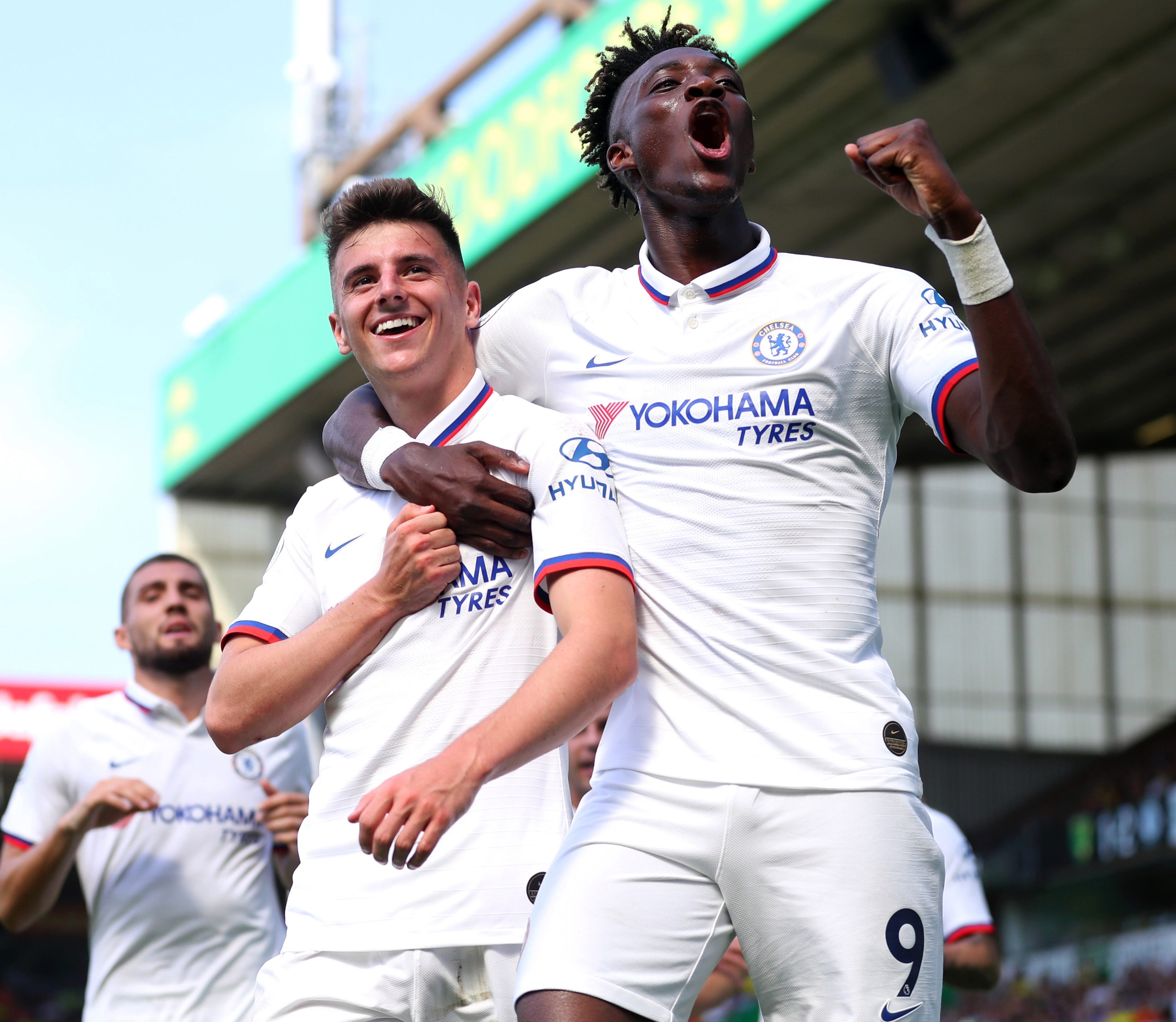 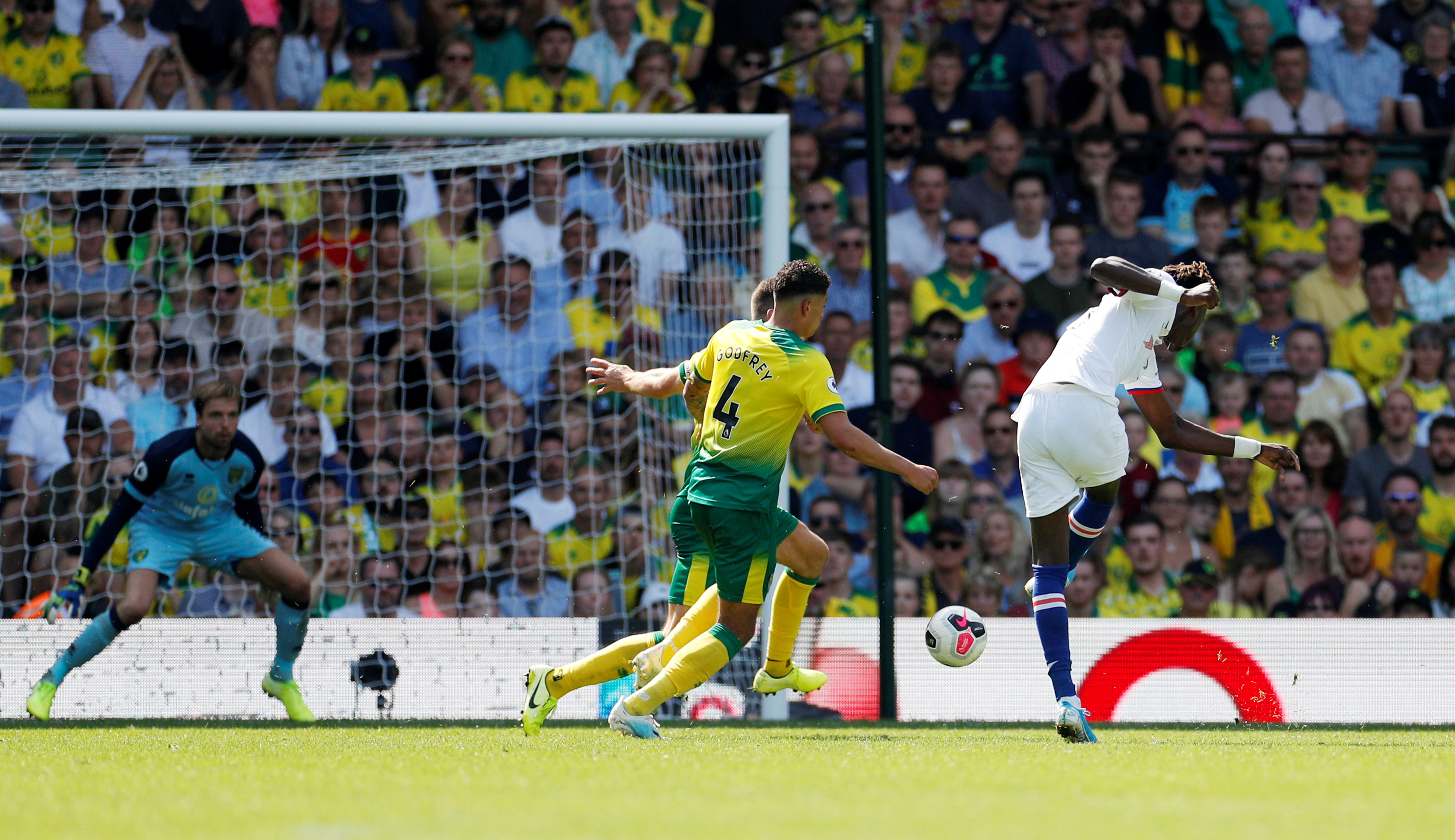 And the most patient man in the game proved he can handle the big time with the goals that also earned a first top flight victory for new manager Frank Lampard.

Lampard has gone full on for youth in the face of a FIFA transfer ban and Abraham was one of three academy players in the starting line up.

Chelsea’s other goal was scored by prolific midfielder Mason Mount, another product of the youth system which is finally getting its chance under Lampard.

It is a testing time for everyone at the club and a much-needed win was hard earned as Norwich fought back twice to level before Abraham’s classy 70th minute strike made the difference.

Abraham has been out on loan at Swansea, Bristol City and Aston Villa but is now firmly in the fold and looks like going nowhere.

He swept Chelsea into an early lead with a stylish half volley on the end of a cross from captain Cesar Azpilicueta. 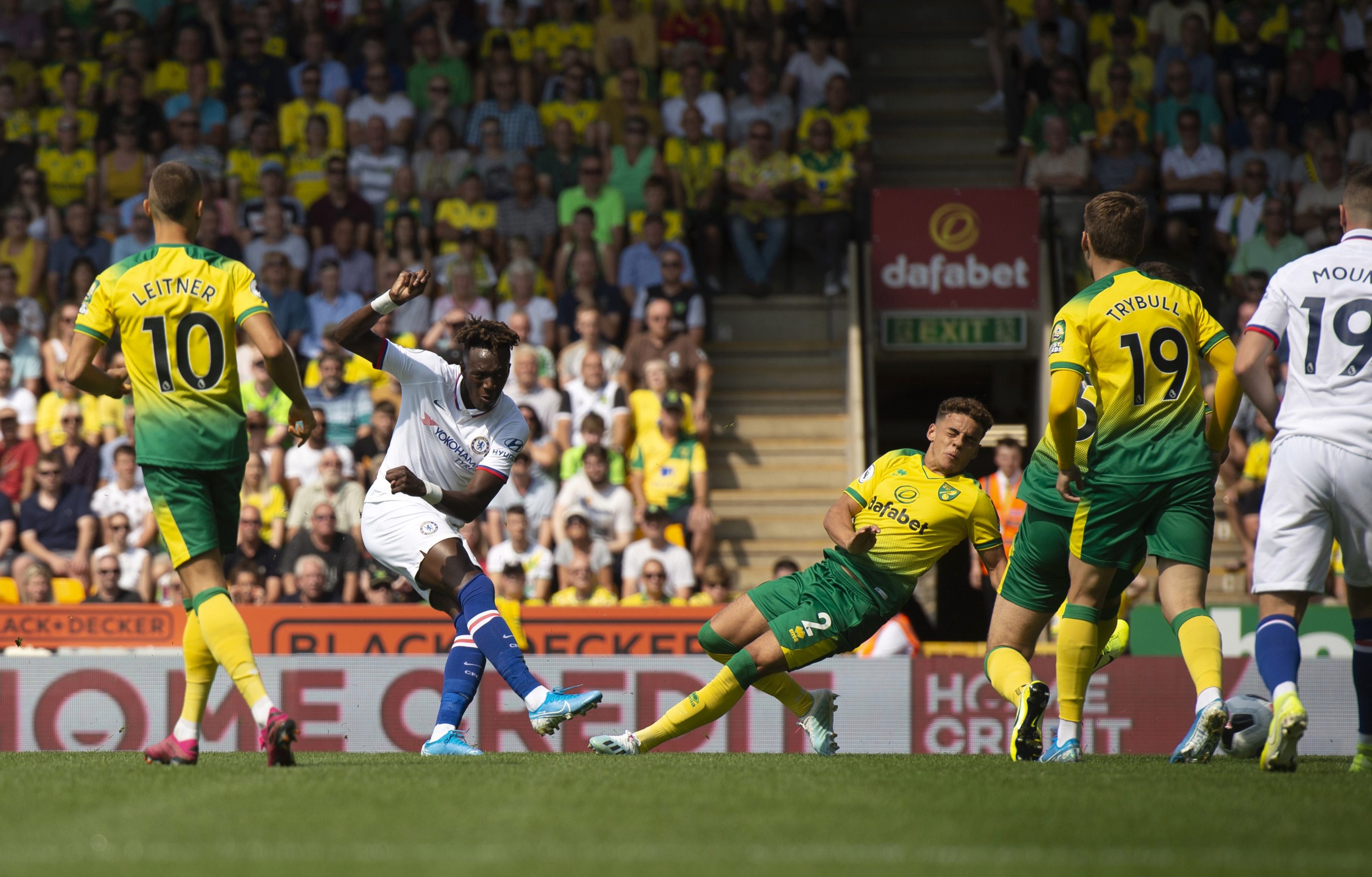 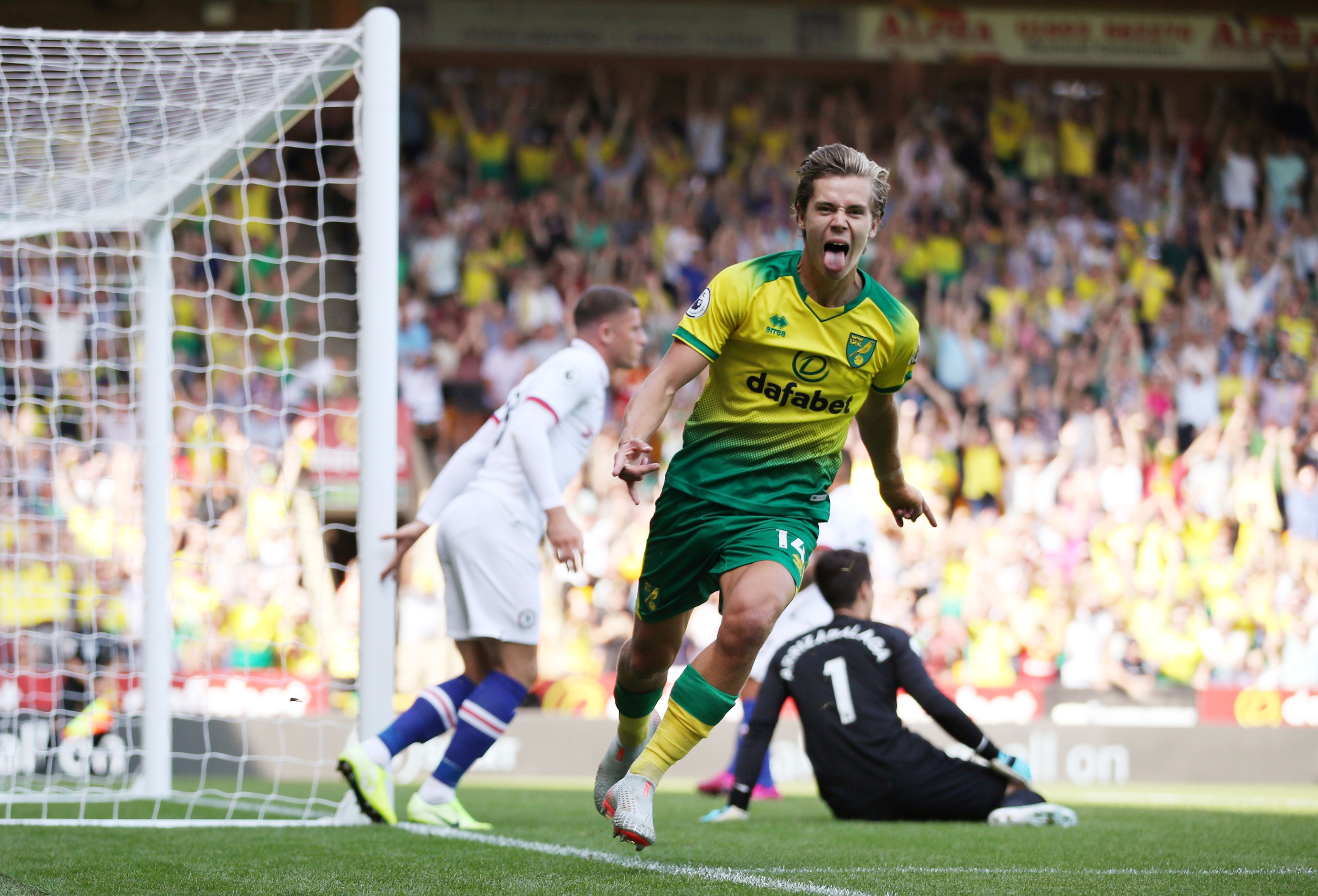 City pulled one back through Todd Cantwell before Mount scored again with a virtuoso goal after 17 minutes.

It was his fifth goal of the season and came on the back of a hat-trick against Newcastle last week.

Chelsea have struggled for goals and Lampard has ordered his players to shoot more and for his midfielders to make a contribution to the forward line more and more.

But it was a silky solo goal from poacher Abraham which gave Lampard his first three points since taking over Chelsea in the summer.

Picking up a neat through ball from Mateo Kovacic he rounded defenders Ben Godfrey and Grant Hanley before slamming the ball home from the edge of the box with a shot that beat the dive of Tim Krul.

City then hit the bar through Godfrey as they staged a light fightback.

But Chelsea defender Kurt Zouma was disappointed to have a goal ruled out by VAR for a foul by sub Olivier Giroud on Krul. 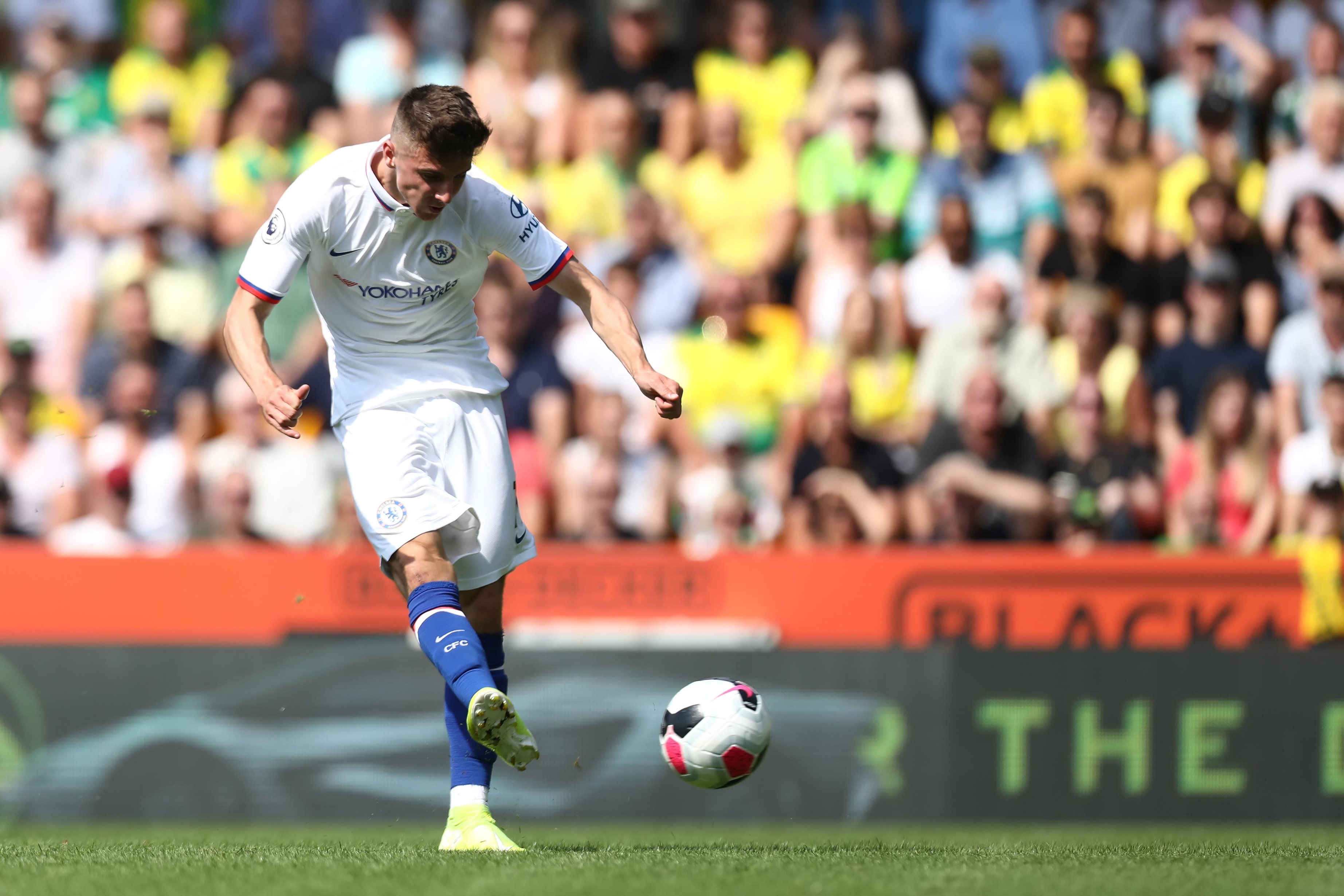 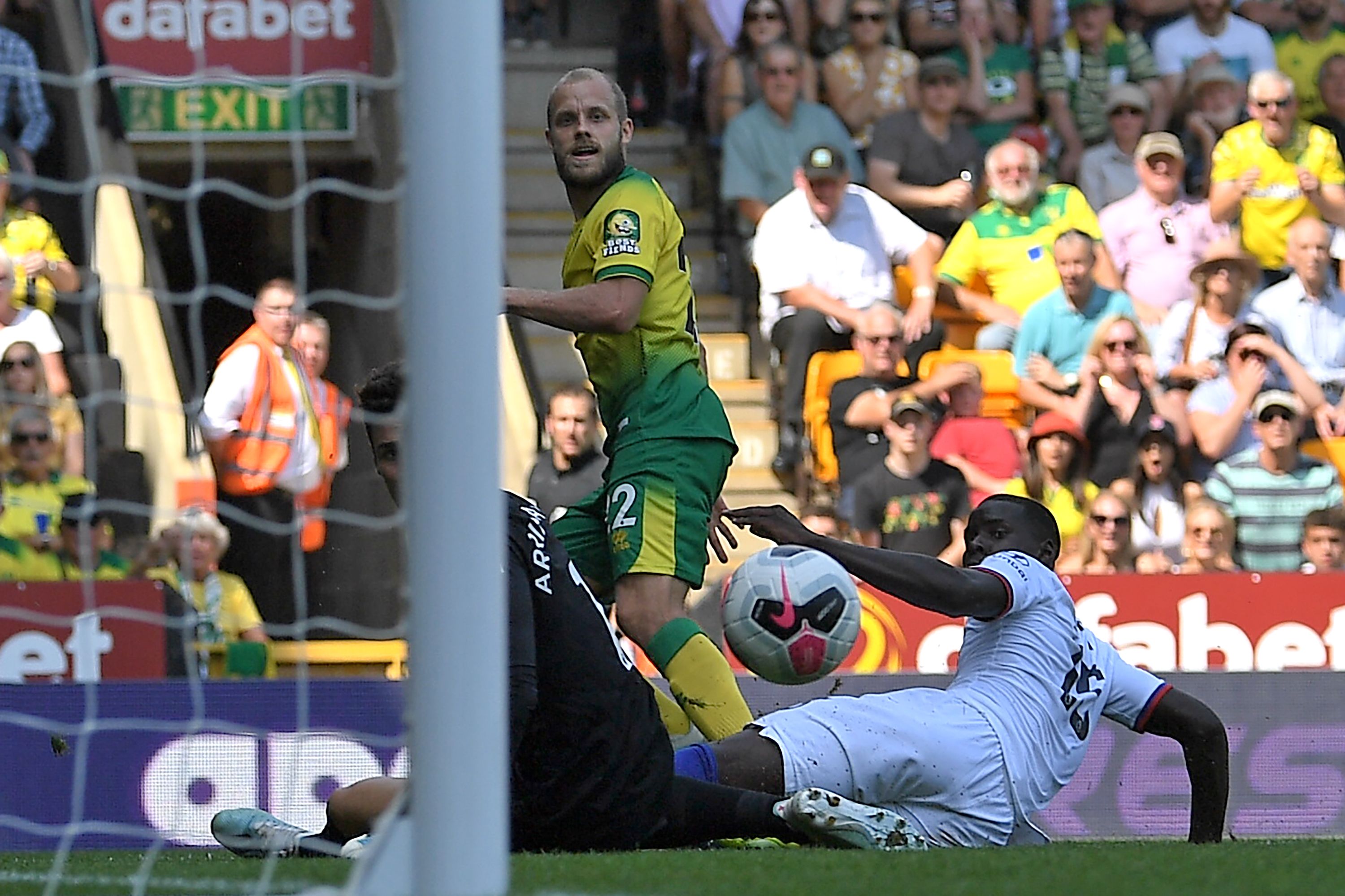