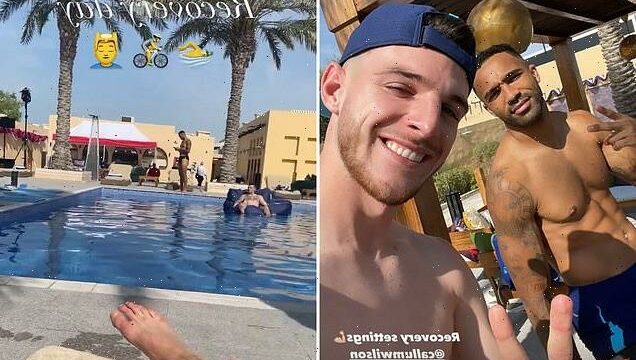 It’s all smiles for England stars! Harry Maguire and Jack Grealish post videos as they enjoy the Qatar sunshine by the hotel pool after sending Wales home and topping their World Cup group

England stars are all smiles as they enjoy a recovery day at the swimming pool after sending Wales home with a comfortable 3-0 victory to finish top of Group B.

A brace from Marcus Rashford and a solo effort from Phil Foden helped the Three Lions cruise to victory and set up a last-16 tie with Senegal at the 2022 World Cup on Sunday evening.

Boss Gareth Southgate has rewarded his squad with a day of recovery for their efforts at their Souq Al Wakra Hotel base. 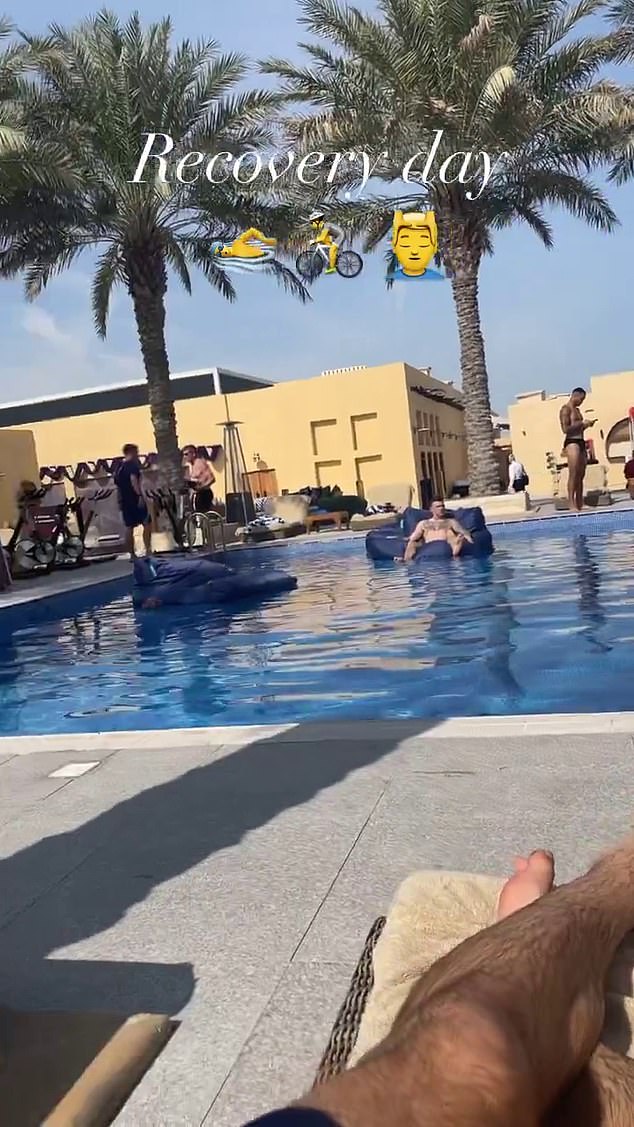 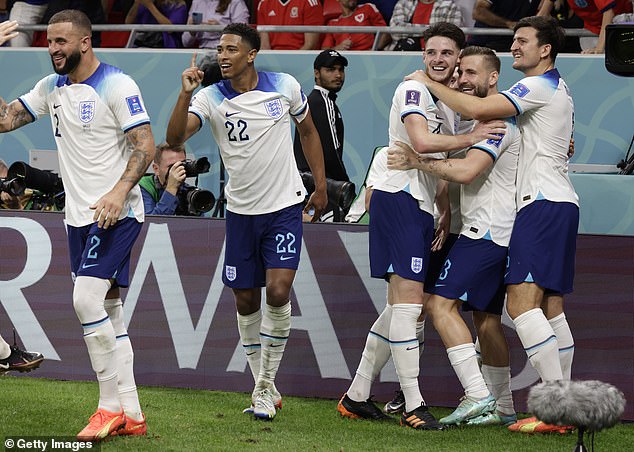 Both of which featured in last night’s victory with Manchester United Maguire starting his third consecutive game while Manchester City attacker Grealish was introduced off the bench once again, just like in the previous two matches.

Kieran Trippier and Jordan Pickford were both captured in the videos making the most of the pool. 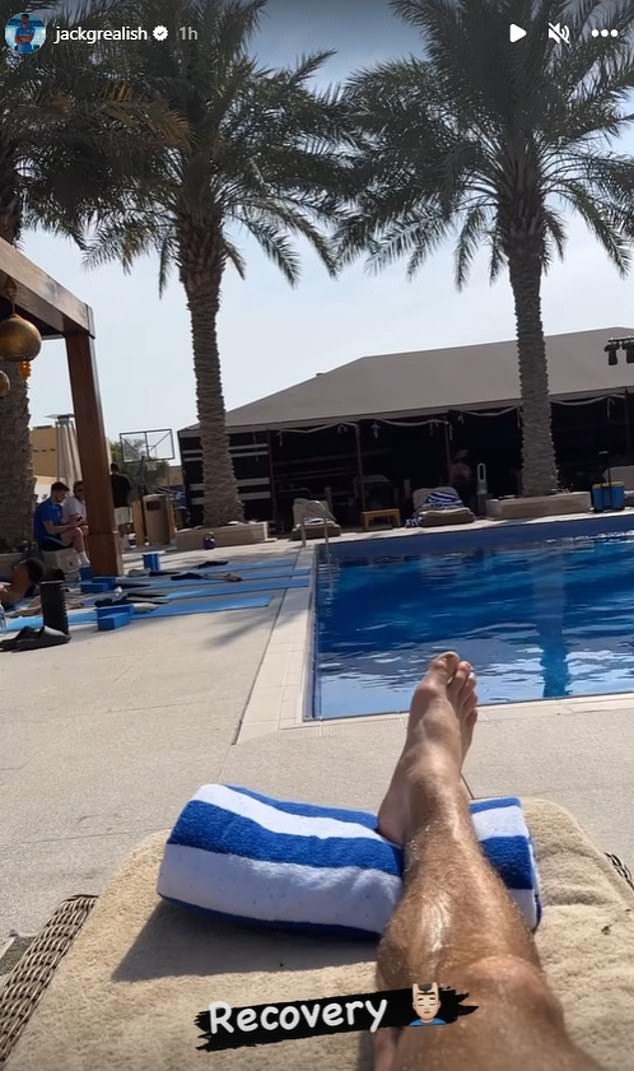 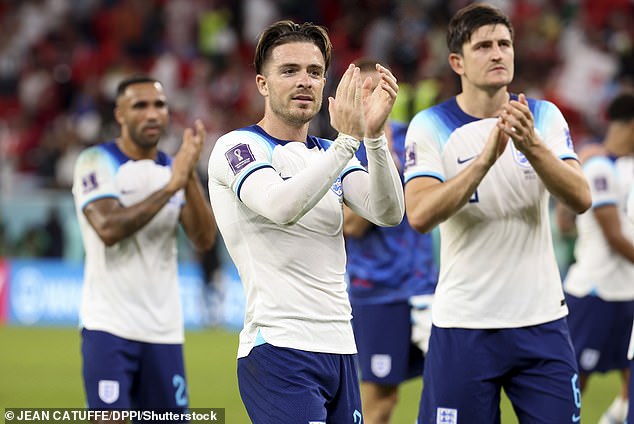 Other stars have been pictured by yoga mats just away from the pool, where they can stretch and recover their muscles after the completion of the group-stages.

Midfielder Declan Rice also posted a picture of him alongside Newcastle striker Callum Wilson with the caption: ‘Recovery settings.’

It’s a fairly short turnaround for England as they return to action on Sunday evening as they bid to continue their progression by beating Senegal to reach the quarter-finals of the major tournament. 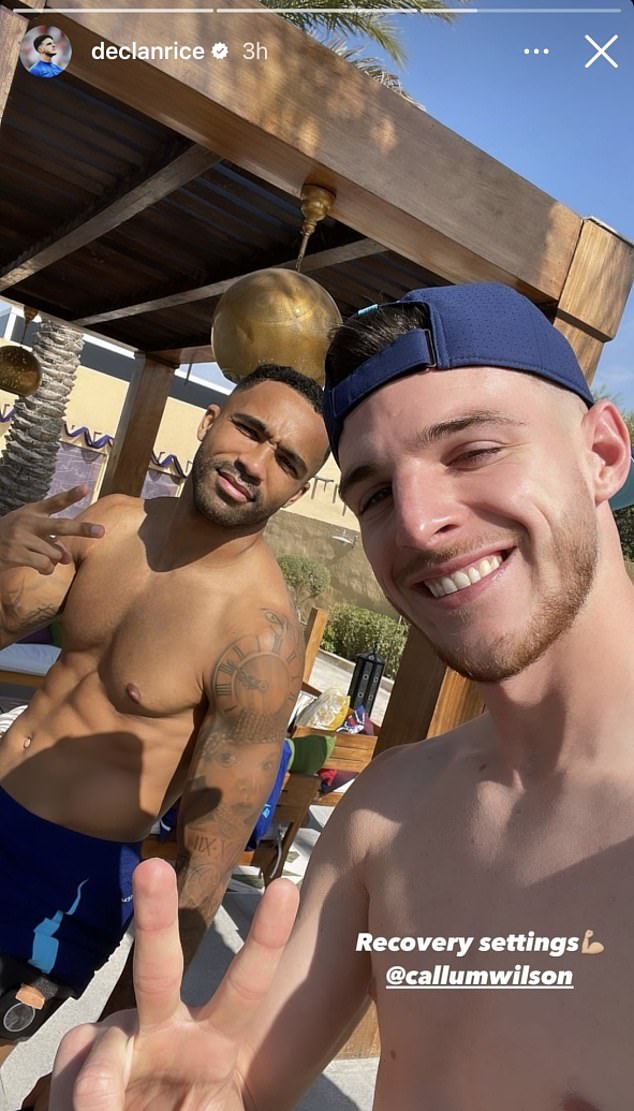 The day of relaxation comes after a late night, although they were welcomed back to their Qatar base by a host of cheering staff celebrating their win against Wales in the early hours of Wednesday morning.

The players returned to their Hotel basecamp, where employees greeted them with whoops and cheers, waving St George’s Cross flags and high fives and fist bumps despite their late arrival. 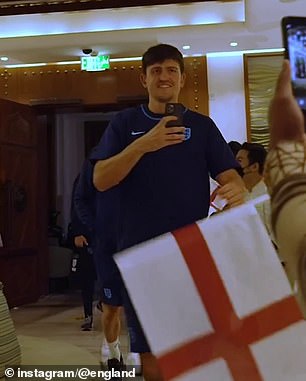 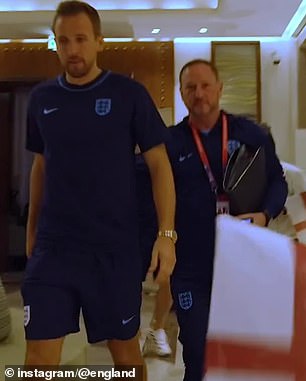 The caption read: ‘A warm welcome back to basecamp!’ followed by a raising-hands emoji.’

England will return to training tomorrow, as they begin preparing for their clash with Senegal in the first round of the knock-out stages.