LIVERPOOL are the Premier League's luckiest club when it comes to avoiding cards – and Arsenal aren't far behind, either.

Everton and Manchester City have also figured out the key to getting away with fouling, while Burnley certainly haven't. 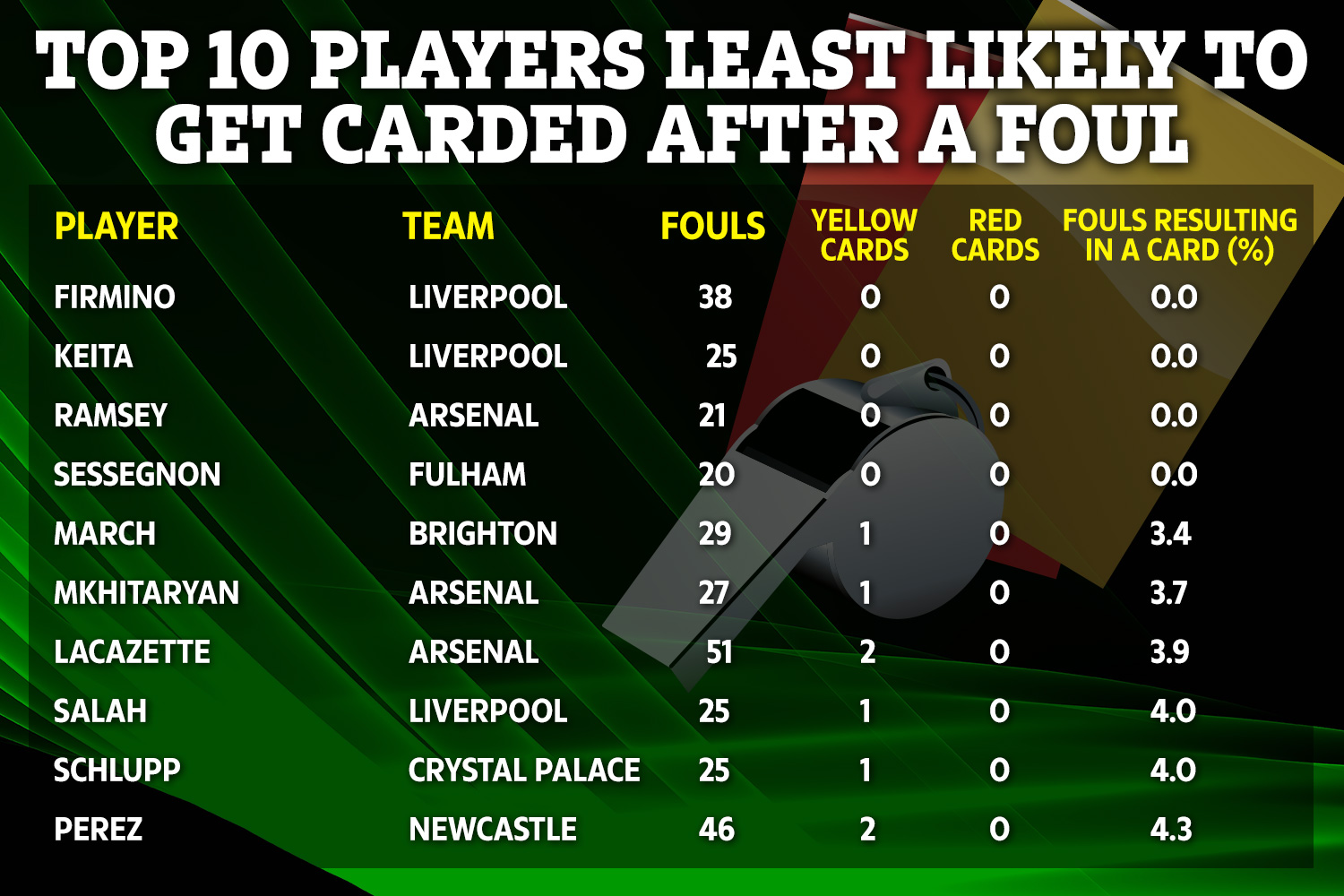 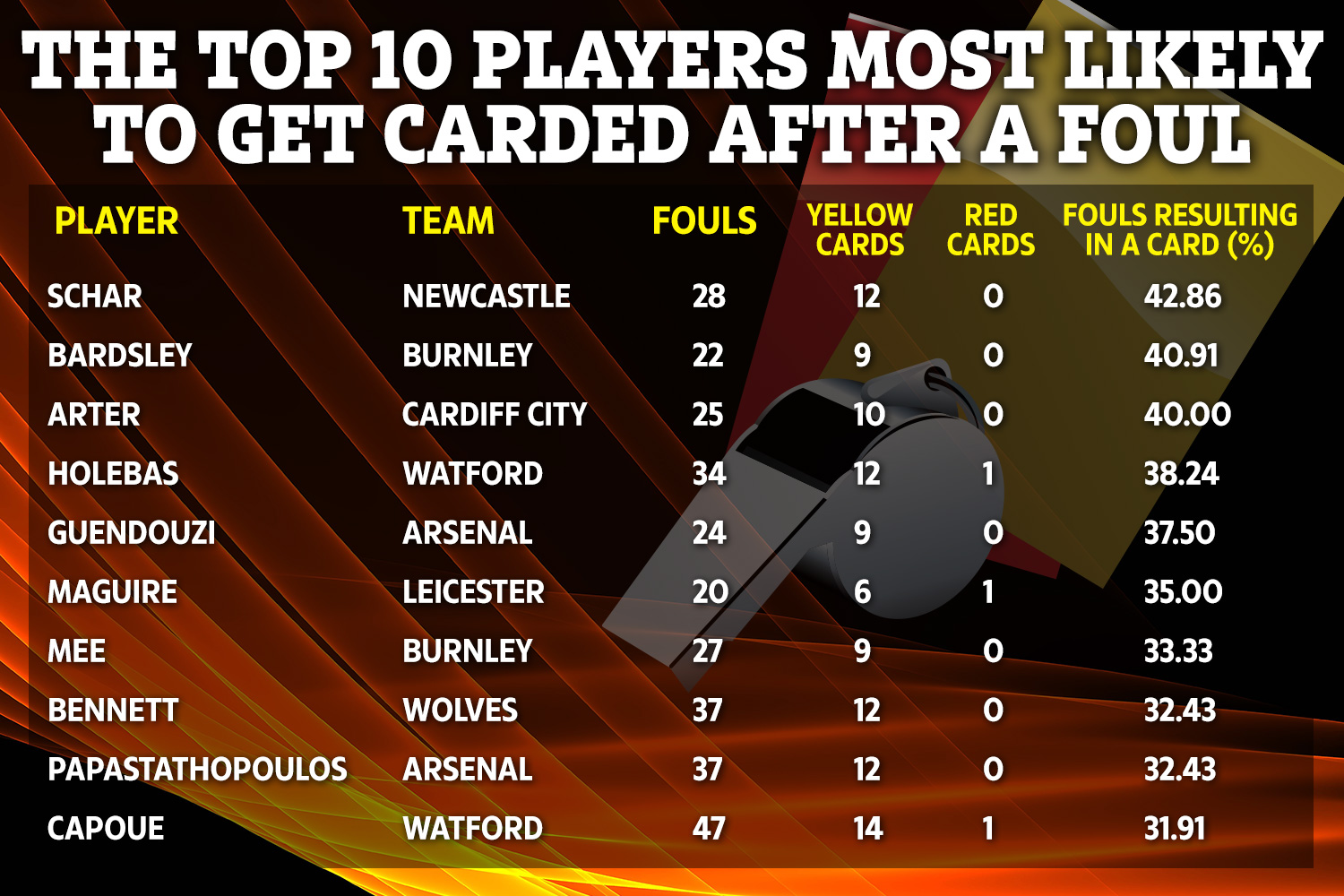 Only 12 per cent of all Liverpool fouls resulted in a booking – a monster 71 per cent less than the Clarets' tally.

Roberto Firmino and Naby Keita failed to be booked or sent-off at all in 2018-19, despite racking up a combined 63 fouls.

Arsenal duo Henrikh Mkhitaryan and Alexandre Lacazette were also in the top seven for fortune, getting booked with less than four per cent of their fouls.

Conversely, Fabian Schar was shown yellow with nearly half of his fouls – at 43 per cent.

Phil Bardsley may also have reason to feel like he’s been victimised this season, as his 22 fouls resulted in nine yellow cards – a booking-per-foul rate of 41 per cent.

Behind card-magnets Burnley, Watford and West Ham were the three "unluckiest" clubs when it came to bookings per foul.

On the season, a Paddy Power Games spokesperson said: “The likes of Liverpool, Manchester City and Everton are this season’s Sopranos…

"The crimes are evident, but they are experts at avoiding punishment.

"It may be down to some big club bias, but to consistently escape punishment also requires some luck.

“Whereas Liverpool fans can be buoyed by these findings ahead of the Champions League final, it is telling that smaller clubs seem to be dealt with more severely.

"Burnley and Sean Dyche would be well-advised to start a hotel chain given how likely they are to receive bookings.

"Meanwhile Fabian Schar – by no means a dirty player – gets booked more often than Prague for stag dos."