LIONEL MESSI could make his Paris Saint-Germain debut against Brest on Friday.

PSG boss Mauricio Pochettino said the Argentine has settled in well and refused to rule out an appearance for the 34-year-old. 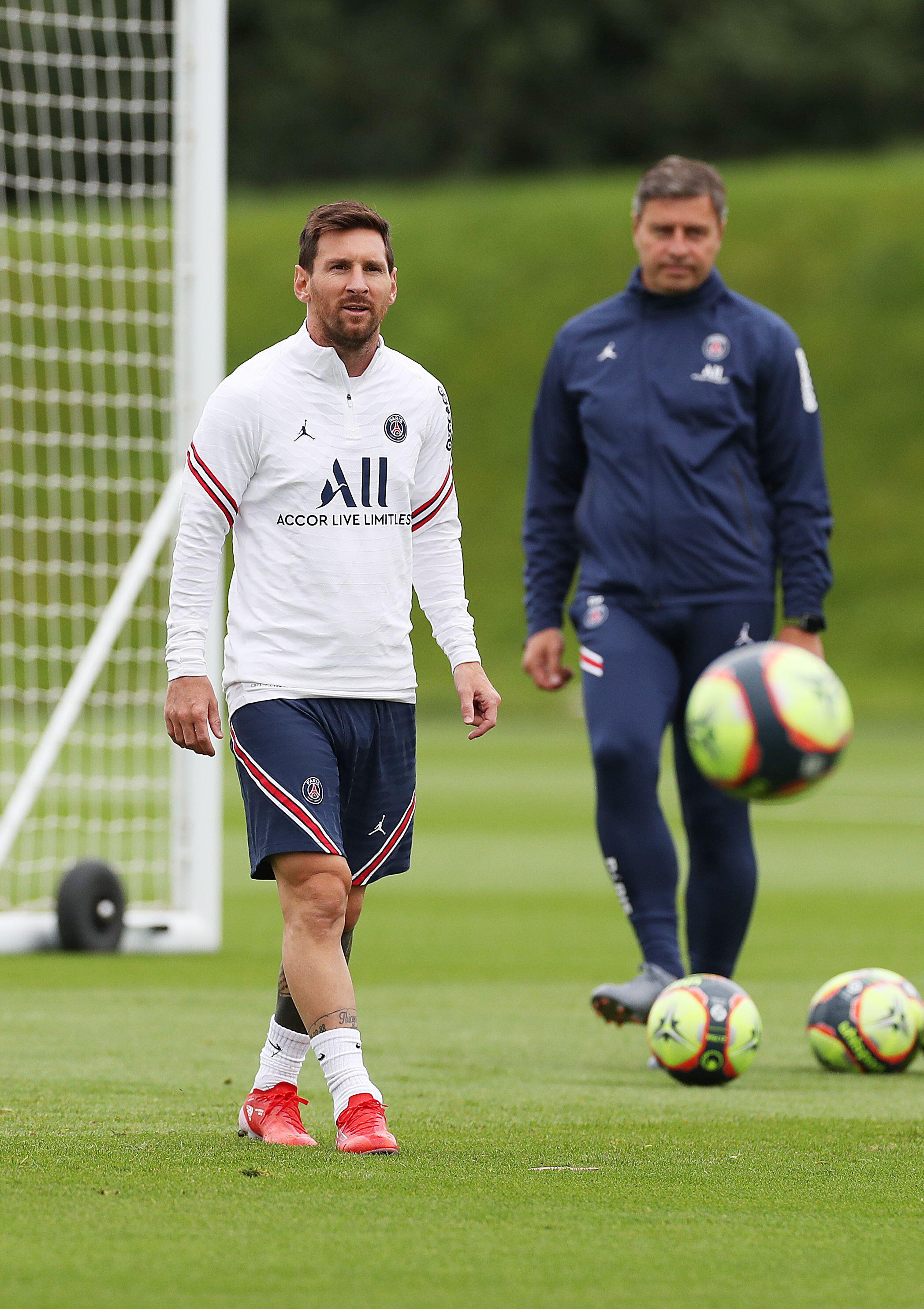 The French giants travel to Brest on Friday night for their third Ligue 1 game of the season.

Messi sat out their 4-2 home win against Strasbourg on Saturday.

But after 'settling in well' in training, could feature as soon as Friday.

Poch said on Thursday: 'We haven't decided the squad yet. We will assess whether Messi can be a part of it.

"Everything is positive. There is a good atmosphere in the squad and he has settled in well and quickly.

"There is a very good feeling."

Messi has had a huge impact on the squad in training, according to L'Equipe.

One player is quoted as saying 'everything seems simple for him'.

Fans are desperate for Messi to line up in a fantasy football attacking trio alongside Neymar, 29, and Kylian Mbappe, 22.

But that is not guaranteed with French ace Mbappe being heavily linked with a move to Real Madrid.

But Pochettino played down reports of an Mbappe exit.

He said: "Mbappe is our player and I want him to be here this season.

"He has another year left on his contract.

"Even if he doesn't renew it, he is still a PSG player and we are very pleased with him, and from what I can understand he is pleased with us.

"He is very calm and preparing well for tomorrow's game."

Real Madrid star Toni Kroos revealed this week he thinks Messi's move to PSG increases the chances of Mbappe leaving for the Bernabeu.

And it emerged Barca have given Messi's iconic No 10 shirt to Philippe Coutinho after a bizarre LaLiga law meant the Catalans could not retire it.