IF the Brits weren’t already sick of the sight of them… they certainly are now.

A Plus Tard’s brilliant Betfair Chase win ensured Henry De Bromhead and Rachael Blackmore will head home to Ireland with yet another of the British jump racing crown jewels. 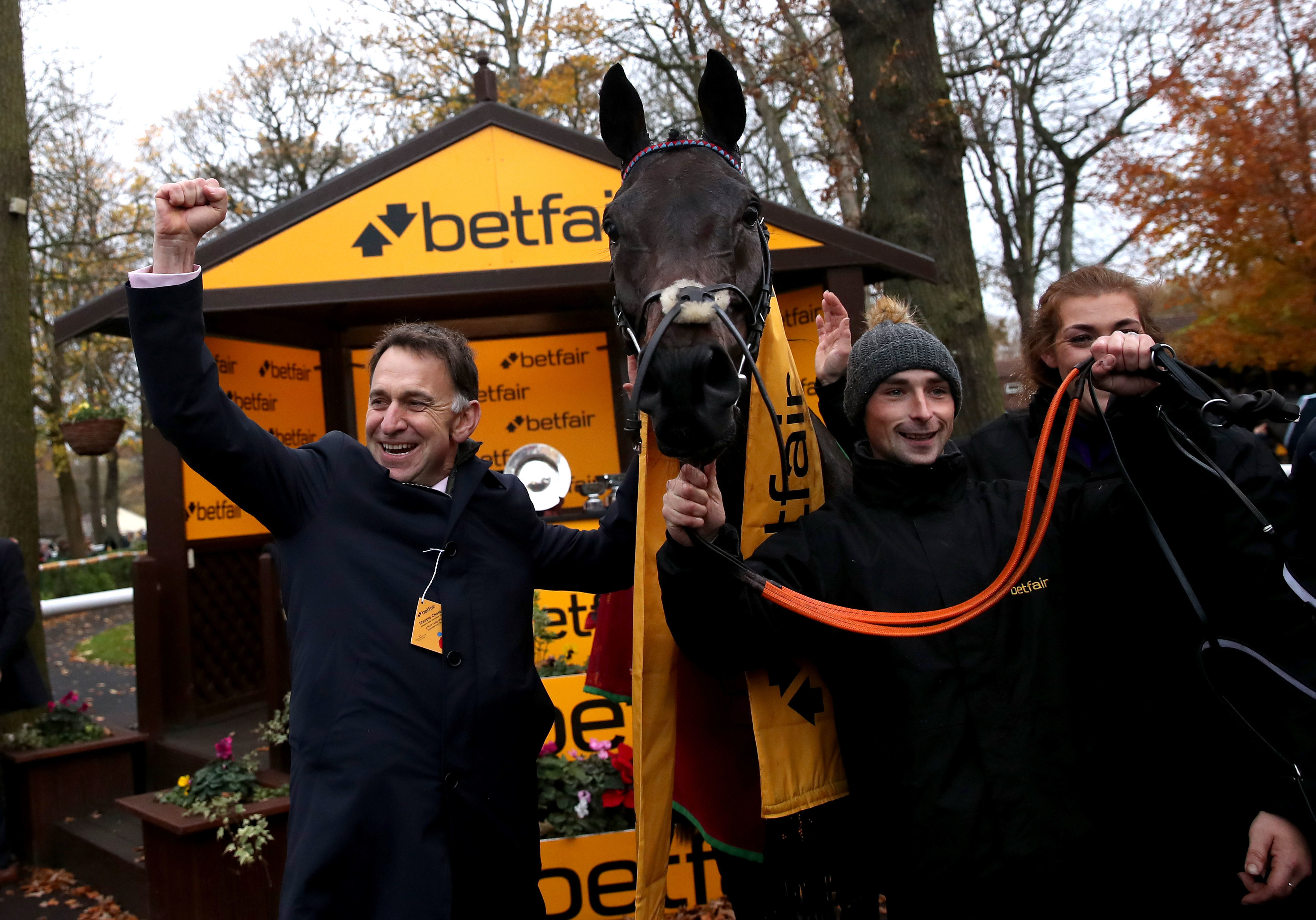 The trophy will sit snuggly alongside the Gold Cup, Grand National and Champion Hurdle at his yard in County Waterford – all plundered in less than 8 months.

This was a first ever runner at the track over jumps for De Bromhead and he’s unlikely to have an easier watch. Just wait until King Henry hears about the 57 other British courses he’s yet to conquer.

From four fences out, the writing was on the wall. Blackmore and A Plus Tard, the 11-10 favourite, cruised to the front effortlessly, matched by a mighty roar from the grandstands who knew they’d seen something special.

Flying the flag for the home team, Royalle Pagaille was the only horse to lay anything resembling a glove on the Irish raider, yet he was stuffed 22 lengths into second.

Bristol De Mai could never get racing on the good ground and was pulled-up as he hunted a fourth win in the race. The outsider of the field Chatham Street Lad, another Irish challenger, ran a blinder in third.

A Plus Tard, second in the Gold Cup last season, was made clear 4-1 favourite to go one better in that race in March.

De Bromhead smiled: “It’s a fantastic race and we feel very lucky to win it. Everyone kept telling me no Irish horse had won it, I started to wonder as I loaded him into the lorry if I was doing the right thing.

“He’s just got so much class and Rachael just gets such a good tune out of him. He’s still only seven, fingers-crossed he has a long career ahead of him.”

Blackmore was given a rapturous reception as she returned to the winners’ enclosure and smiled: “I love this horse, he gave me my first Cheltenham Festival winner. He’s got so many gears but stays so well.

“Henry has got so many stars and they’re in flying form. He’s not a bad trainer, hey!”

Anymore of this and it might not be long before the likes of Paul Nicholls and Nicky Henderson are starting a petition to have their own Cheltenham Festival.

But at least Nicholls had one reason to cheer as Bravemansgame sauntered to another near foot-perfect win over fences.

He stuffed Itchy Feet in a valuable graduation chase and will head to Kempton over Christmas for the Kauto Star Novices’ Chase.

Nicholls said: “He’s right up there with some of the best ones I’ve had. But it’s about the future with him, he has so much class.”

Meanwhile at Ascot, the Tizzards continued their resurgence as Lostintranslation starred in the Chanelle Pharma 1965 Chase.

Joe Tizzard said: “I think we've put that bad run to bed, the horses are flying and we've had a really good start.

“I was nervous coming here, you hope he can do what he does on the track what you see at home and he did. We’ll aim for the King George now.”