DONNY VAN DE BEEK let all the emotion out after netting for Manchester United just five minutes after coming on.

The outcast midfielder got United back into it at Vicarage Road by nodding home after 50 minutes to cut Watford's lead to 2-1. 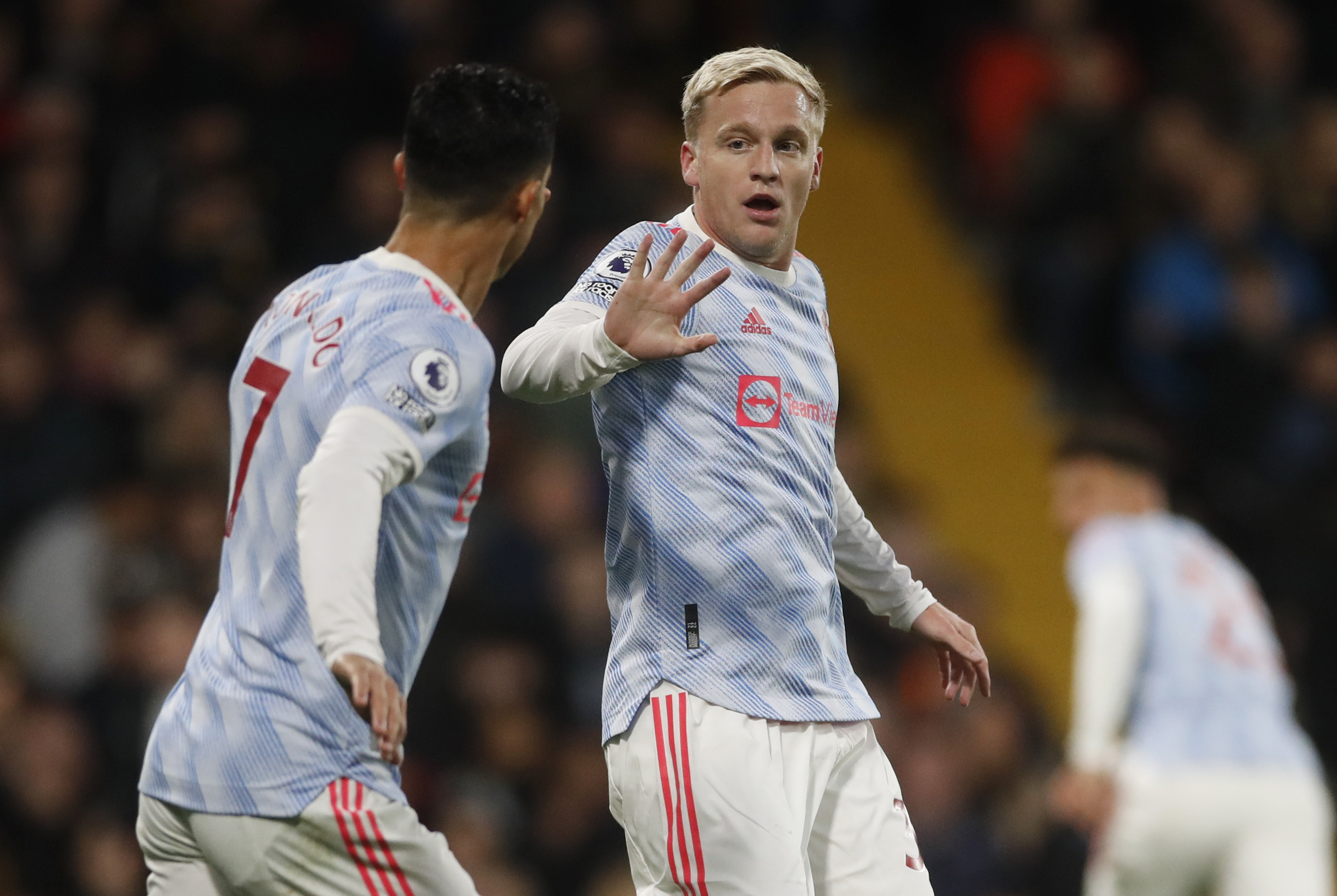 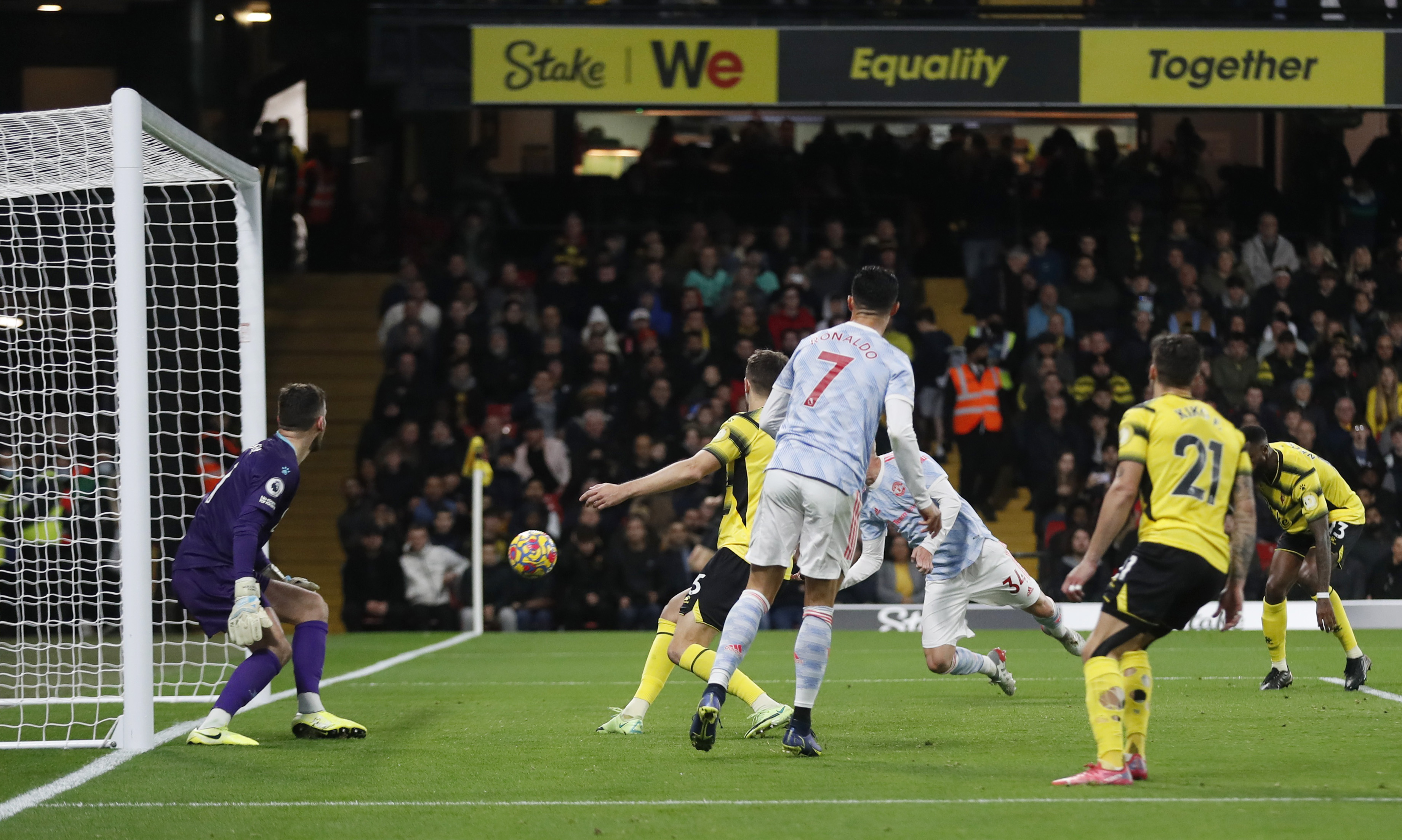 The Dutchman celebrated with goal provider Cristiano Ronaldo, egged on the travelling fans for more support and sucked a thumb in a nod to his pregnant partner.

Van De Beek has been strongly tipped for a January exit.

Newcastle and Everton are keen on the former Ajax superstar after Red Devils boss Ole Gunnar Solskjaer has barely given him a look in.

But that could change if VDB maintains his influence in a match that, ironically, could be even more crucial for Solskjaer's future.

Van de Beek's only two Premier League goals have both come off the bench.

And his first one was way back on his debut against Crystal Palace in September 2020.

Having gone into the international break with a miserable 2-0 home defeat to neighbours City, United had looked just as poor against Claudio Ranieri's Hornets.

Watford surged 2-0 in front through Joshua King and Ismaila Sarr before the break.

VDB gave the Red Devils hope, stooping to score from close range after Ronaldo headed the ball back across the box.

But skipper Harry Maguire was sent off after a foul on Tom Cleverley earned him a second booking on 69 minutes.

Van de Beek did his best to spark United after that.

But in contrast Solskjaer looked on in despair. 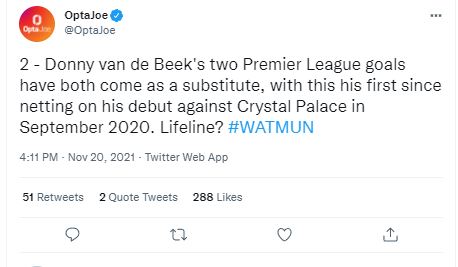