AMERICAN golfer Cameron Champ showed nerves of steel at the Zurich Classic after taking a chip shot just yards in front of an ALLIGATOR.

Seeing the reptiles at courses in the south coast isn't an uncommon sight, however taking a swing in front of the beasts is a different matter. 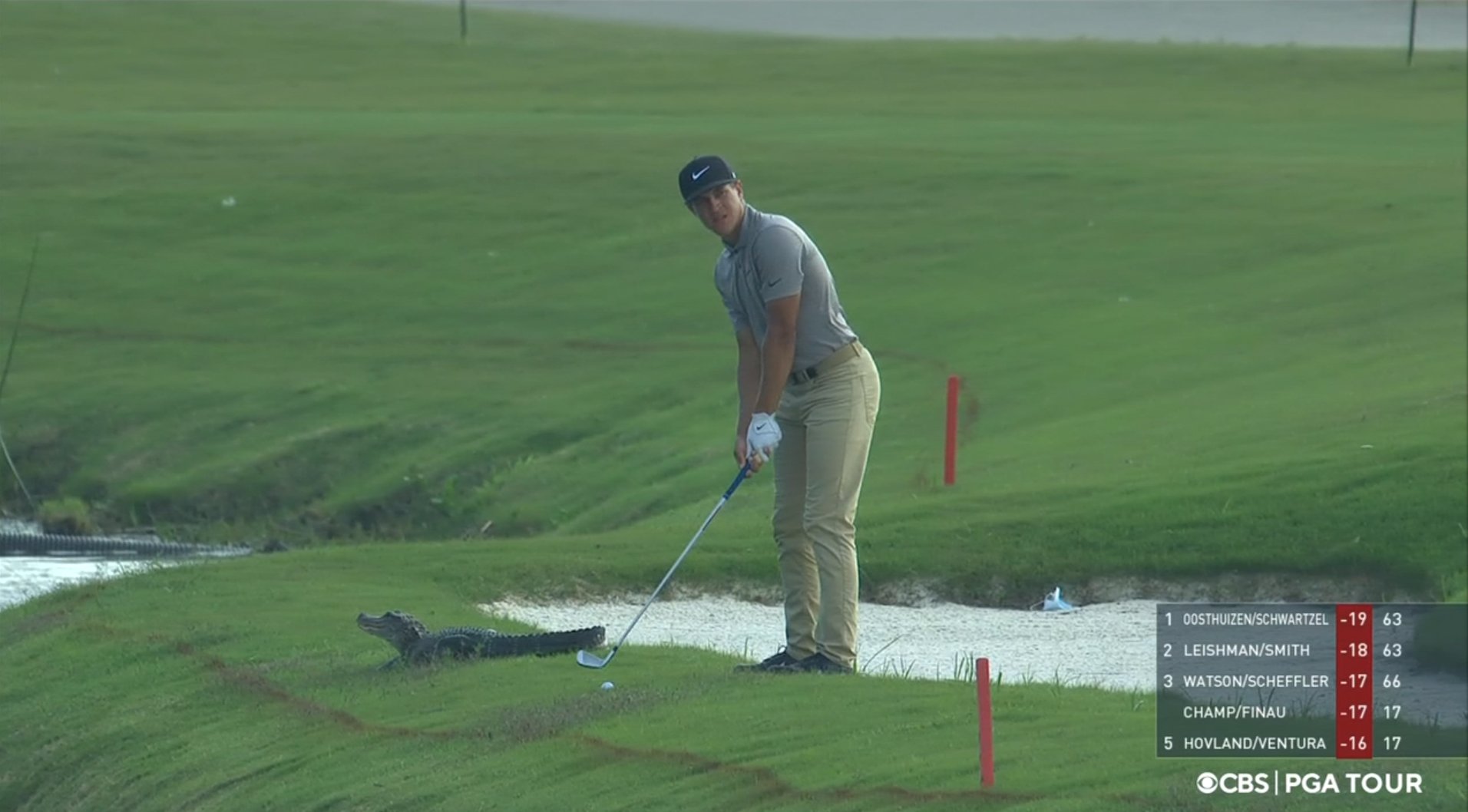 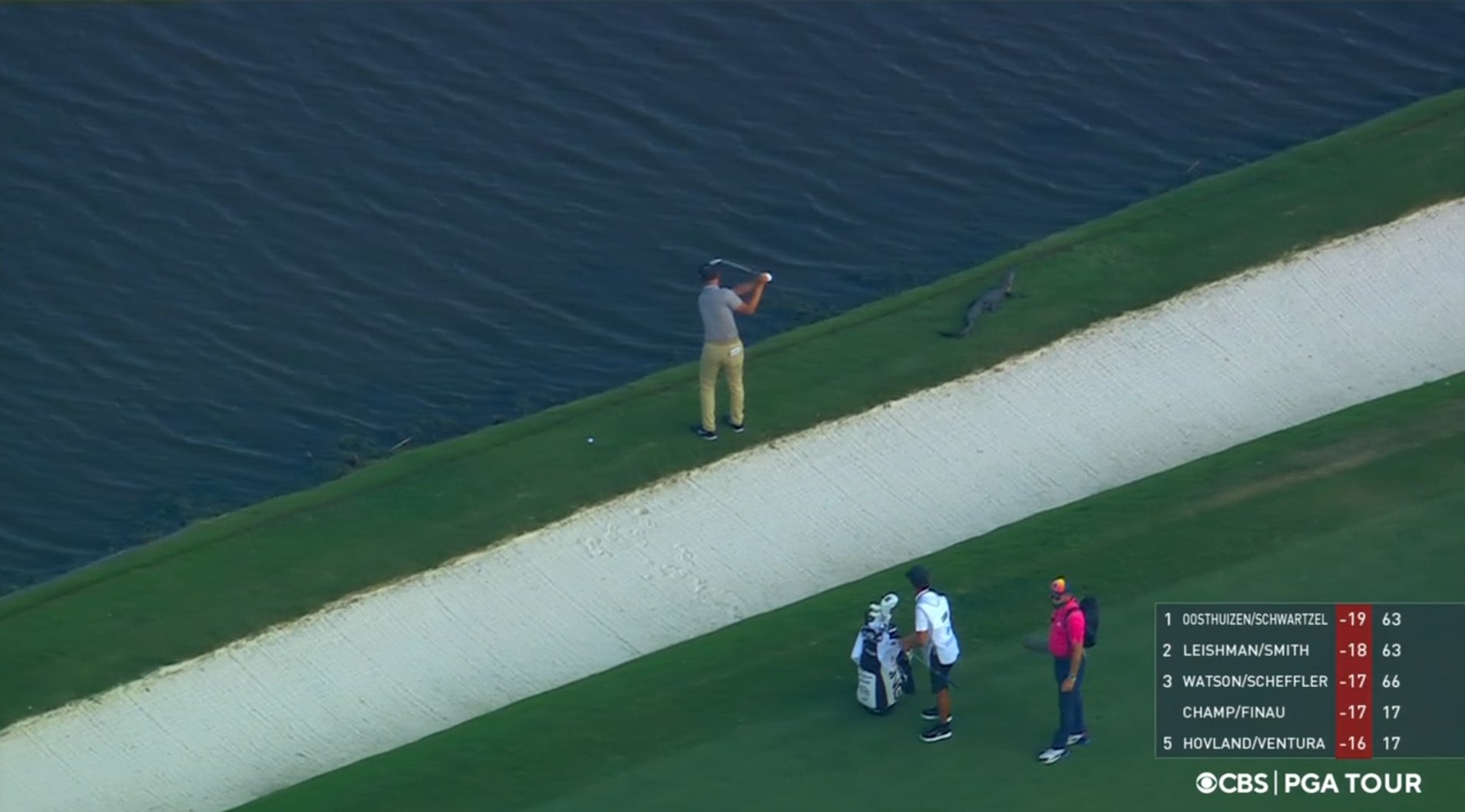 Champ found himself in trouble after his tee shot went into the water on the 18th at TPC Louisiana, with the 25-year-old forced to take a drop.

And Champ – who was paired with compatriot Tony Finau for the PGA Tour event – found himself in company for his approach onto the green.

Just 20 feet away from him was an alligator, with commentator Andrew Catalon stating he had 'a little friend behind him'.

British legend Nick Faldo then quipped: "Is the gator giving him a ruling?"

Before analyst Dottie Pepper remarked: "That’s not a prop, I can promise you."

Faldo then joked: "I have to say for a delicate Englishman, I’d send my caddie down to just double-check for me."

Following the incident, Champ played down any danger when asked by a reporter how close the alligator was to him.

He stated: "It wasn’t that bad. He was maybe 20 feet, but still, he was a little guy. I was kind of making sure he wasn’t going to…" 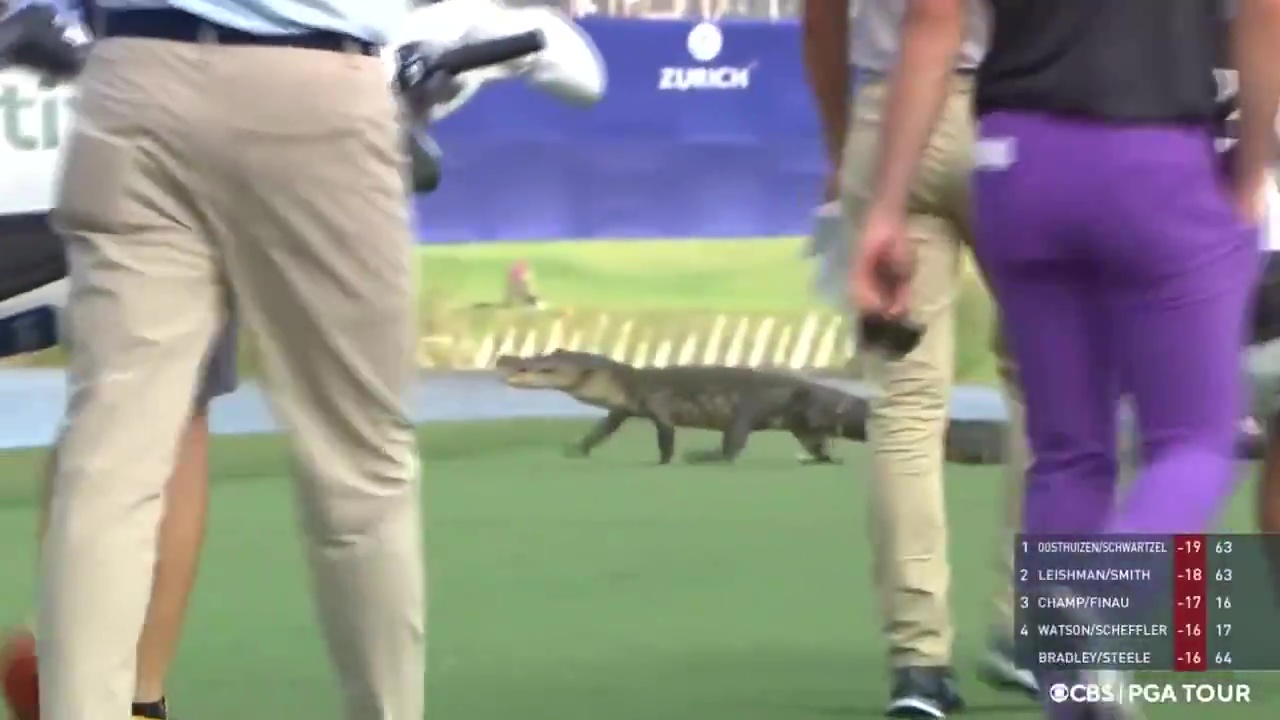 Interjecting, FInau said: "I think the alligator wanted a piece of him after he hit it in the water."

To which Champ simply stated: "Yeah, probably so."

Course marshals eventually drove the alligator back into the water after driving their carts in its direction.

Champ's nerve-wracking shot wasn't the only piece of drama that occurred at the Zurich Classic, as Graham McDowell sunk his first-ever hole-in-one on the PGA Tour.