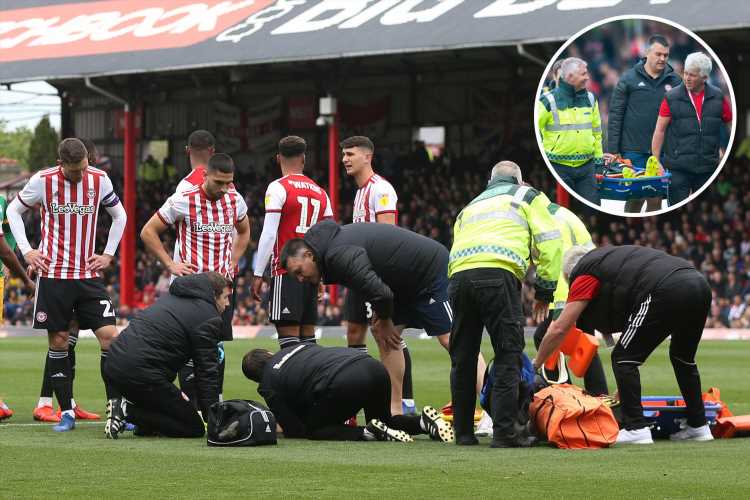 BRENTFORD star Julian Jeanvier was given oxygen after a horror clash of heads against Preston.

The French centre-half was unconscious for 11 minutes after going down just 15 seconds after kick-off. 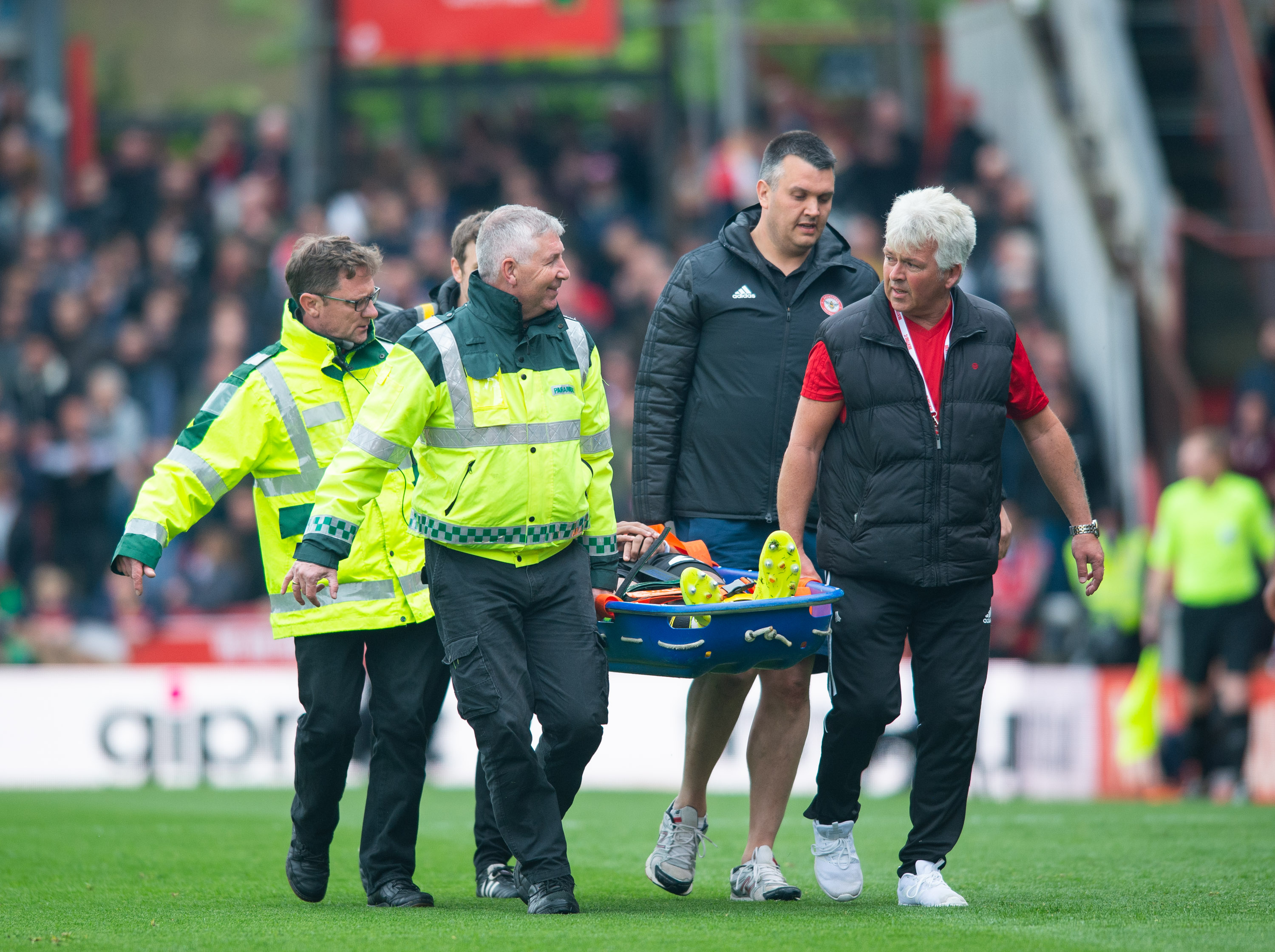 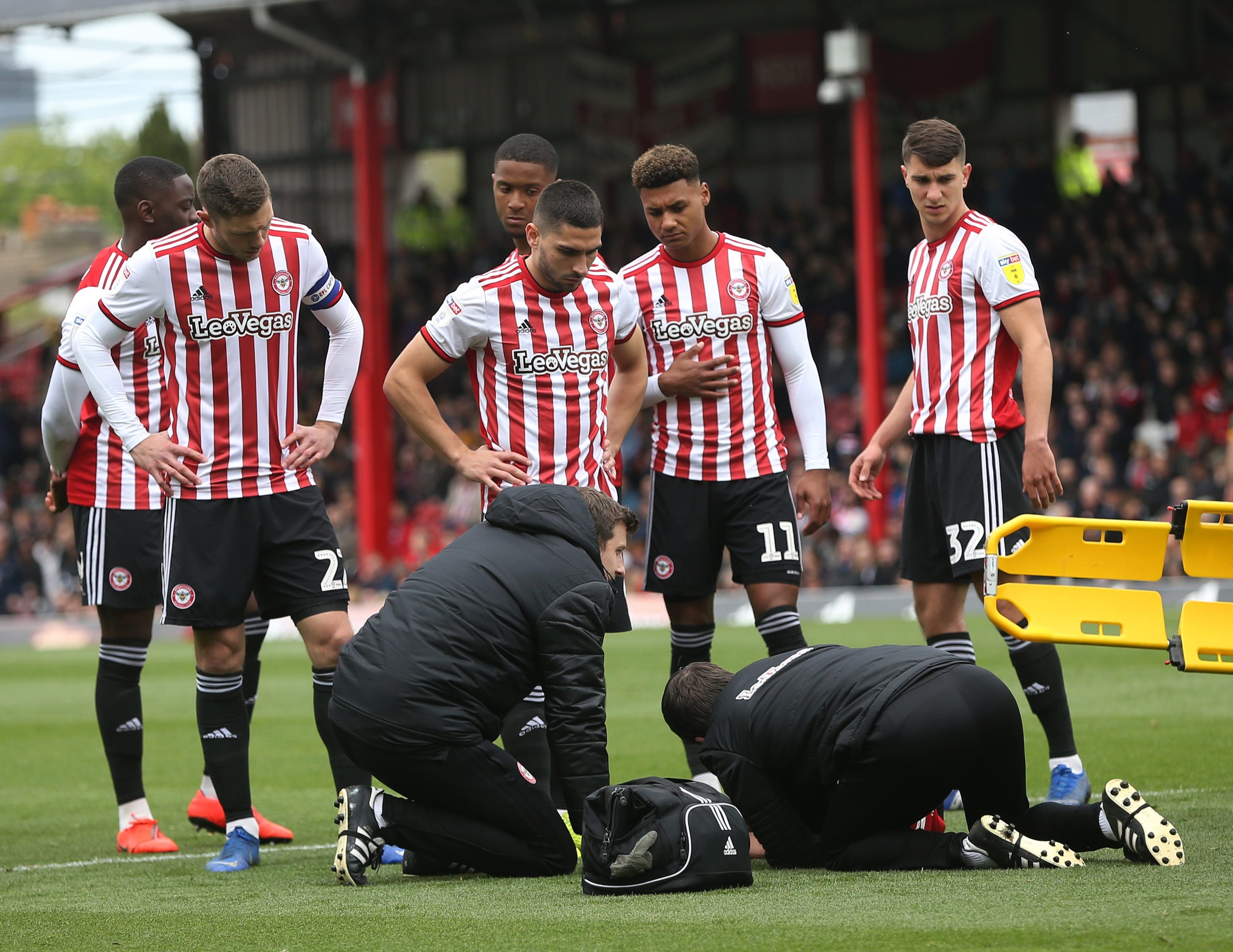 He was taken off the field on a stretcher in a neck brace.

Brentford tweeted out: "Jeanvier being placed on a stretcher, with physio staff and ambulance staff in attendance.”

And Preston also posted on social media that "everyone at PNE wishes the Brentford man a full and speedy recovery".

Jeanvier was replaced by Moses Odubajo and was given a standing ovation from both sets of fans during the Championship clash.

The 27-year-old joined Brentford last summer from Reims for a fee believed to be nearing £2m.

He signed a four-year deal with the Bees and has impressed in his first season in England.

That's such a big loss. I really hope Jeanvier is okay. Easily our best centre back

The defender has played 31 games this season in all competitions.

Football fans were quick to post their best wishes for the player's recovery.

"Not the way he would have wanted to end his season!"

Ryan Gaffney wrote: "That's such a big loss. I really hope Jeanvier is okay. Easily our best centre back. At least we've got a few months to recover. Pray it isn't nothing serious."

There was more worry at Griffin Park when a fan was taken ill in the latter stages of the first half.

Paramedics rushed to an area behind the dugout and another stretcher was brought out.

Most Read In Football

It is not known if the person was taken to hospital.

There were 13 minutes of injury time because of the stoppages in which Brentford took a 1-0 lead when Ezri Konsa netted.