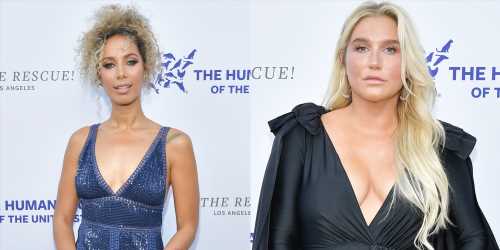 Leona Lewis and Kesha are looking beautiful at an important event!

The two music stars were both in attendance at The Humane Society Of The United States To The Rescue! 2019 Los Angeles Gala at Paramount Studios on Saturday (May 4) in Hollywood, Calif.

PHOTOS: Check out the latest pics of Kesha

Kesha received the Voice for the Animals Award at the event, which was hosted by Bellamy Young. Leona provided a special performance during the gala.