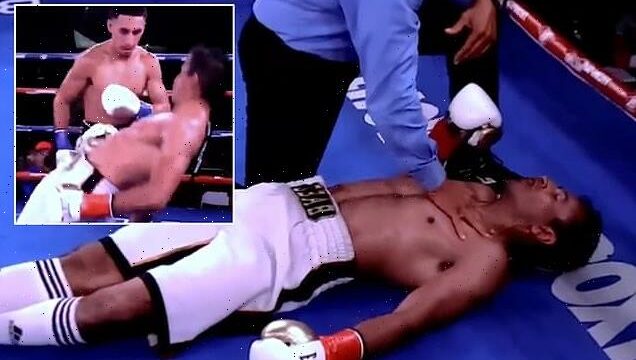 Great tactics or cheating? Boxer lands a knockout left hook a split second after touching gloves with his opponent

A boxer has been slammed on social media after brutally knocking out his opponent just moments after the pair touched gloves.

Lightweight prospect Ruben Torres sucker punched Cristian Baez in the seventh round of their bout in California on Saturday night.

The rivals had gone toe-to-toe throughout the fight, with both dropped to the canvas. Yet as Baez attempted to touch gloves during the seventh round, Torres knocked his opponent out with a left hook. 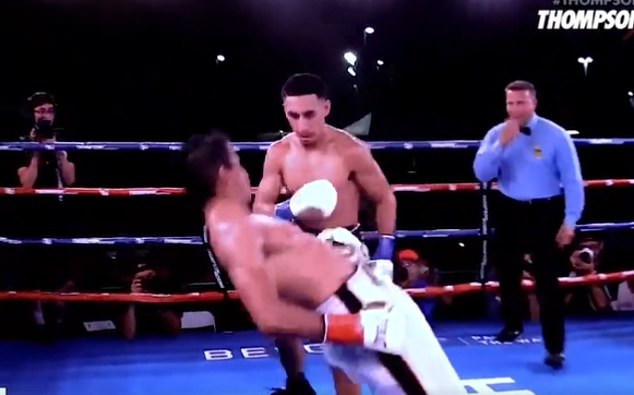 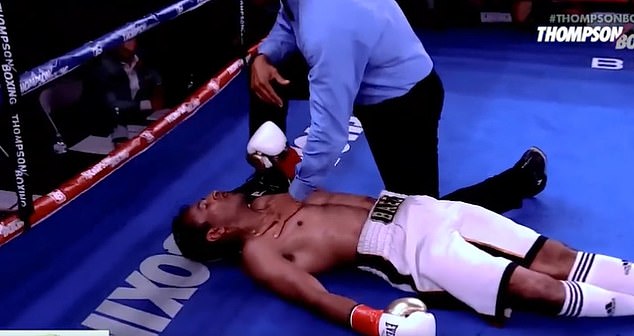 Referee Thomas Taylor immediately ended the fight and the punch from Torres was deemed legal – maintaining the prospect’s unbeaten record.

Speaking after the fight, Torres said: ‘Number one rule in boxing is protect yourself at all times. It’s obvious we have some sharpening up to do.

‘You go into the fight and your confidence is high, then you touch the canvas, then you think, “I have some work to do.”

‘We have to go back to the drawing board. We’re still undefeated and we’re still coming. I have to get sharper.’ 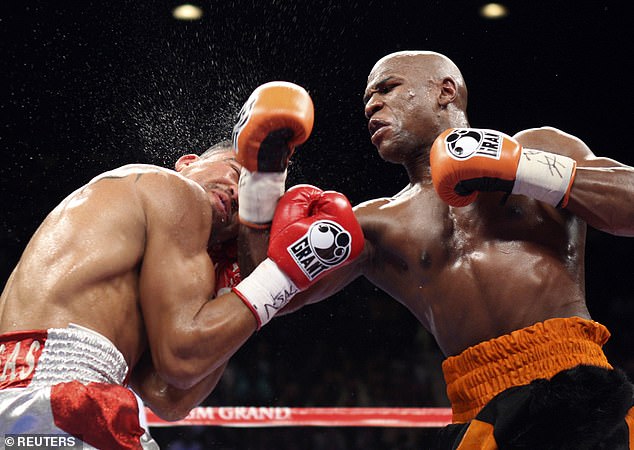 The knockout has divided fight fans on social media, with one writing ‘poor sportsmanship at the very least, while another dubbed Torres as the ‘dirtiest man in boxing.’

Yet some fans reiterated that it was a completely legal punch from the 24-year-old, writing ‘no it’s not dirty, you are at war. Stop trying to hug and touch gloves.’, while many claimed that you must ‘protect yourself at all times’.

The incident has drawn comparisons to Floyd Mayweather’s knockout of Victor Ortiz in 2011. Mayweather caught his opponent seconds after the pair embraced during the bout.

One fan wrote ‘Mayweather did less than that and the whole boxing world was after him.’